150 Years After Fort Sumter: Independence Is There For Those With the Will to Take it. 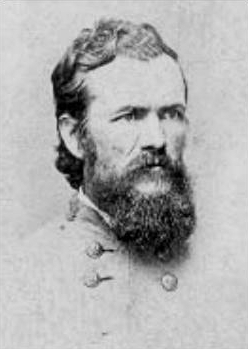 My great-great-grandfather, William Boggs, was an engineer who helped prepare the gun emplacements at Fort Moultrie, which delivered the heaviest fire. All my ancestors on both sides of my family were Confederates. There is not a single Yankee in my family tree, so my lineage is about as Southern as it could be. What does any of that mean 146 years after Appomattox?

Americans are famously ignorant of history, and the past is always receding—but for not a few Southerners, The War and its consequences are never far below the surface. William Faulkner famously said: "The past is never dead. It's not even past." This rings true only for Southerners (except perhaps for a few Mayflower-descended Boston Brahmins). Indeed, some Southerners still dream of an independent nation-state of their own. Since 1994, an organization called the League of the South has tried to prepare for independence, though its leaders—thoughtful and honorable men—concede that that time has not yet come.

Will it ever come? There are enormous obstacles. The South is filling up with Yankees and Mexicans for whom the idea of a Southern nation is meaningless. Blacks are moving back from the North, and for them, a Southern nation is worse than meaningless: it is anathema. Southern nationalists imagine a benign and romantic revival of the Confederacy, with battle flags, chivalry, and conservative Christianity; but for many Americans, there can be no benign revival. They cannot separate the Confederacy from slavery. And any goal with even the slightest, second-hand, undeserved, taint of slavery is at a deep disadvantage.

I am confident that not one person who dreams of an independent South has the slightest desire to reinstitute slavery. But that doesn't matter. Any Southern sovereignty movement that even mentions Lee and Jackson or hums "Dixie" is automatically suspect. And what Southern independence movement can there be without Lee, Jackson, and "Dixie"?

Something more serious holds back Southern nationalism: Its support is limited almost entirely to people who profess a certain kind of politics, whereas national movements must be beyond politics. An independent South would need the support of people who may not be conservative, who may not be suspicious of big government, who may not be Christian, who may not oppose marriage for homosexuals, but who are still devoted to the South. The roots of a Southern nation would have to spread widely and not just sink deep.

Take the admittedly unscientific sample of my sainted mother. Born in 1922, she believed Southerners were different from Yankees, and was thankful to have been born a Southerner. She rose when "Dixie" was played and looked daggers at anyone who did not. She turned her back on "The Battle Hymn of the Republic". When Jimmy Carter was elected—after a campaign in which Democratic radio ads throughout the South actually featured Dixie, incredible as that may now sound—she thought it was wonderful finally to have a President who did not speak with an accent.

She lived in Massachusetts for a year, and loved to drive through the New England countryside. She didn't know what to make of the monuments to the Union dead that are in virtually every town square until she came up with a good, Southern way to think about of them: as monuments to Confederate marksmanship.

And yet, my mother would not be part of today's Southern nationalism. She was a professional social worker and a Norman Thomas socialist. She was an early champion of women's liberation, and campaigned for gay rights. She believed in the redemptive power of government, and went to her grave a committed liberal.

My mother loved the South because she grew out of that red dirt, because that was the land that formed her. She was Southern because she was born Southern. The Confederacy was part of her extended family—and whatever a Southern lady does, she loves and defends her family.

But today, how many Southerners feel as she did about the South unless they also are deeply conservative? The cause of the South must be at the political center, not the fringe.

Let me be clear: I am not blaming today's Southern nationalists for their political opinions, many of which I share. I am pointing out only that the broadly-based Southern patriotism of which my mother was a part is gone. There are not many Southern nationalists today who would march for gay rights or would expand the welfare state.

Fifty years ago was the 100th anniversary of firing on Fort Sumter. In 1961 I was a fourth grader in Richmond, Virginia, and my teacher, Bela Outlaw, was an outspoken Southern patriot. We were never to talk in her class of the "Civil War" but of the "War between the States" because, as she explained, ours had been a battle for independence, not a fight over who sat in the White House. She taught us that secession was in the tradition of the American Revolution—which was secession from England—and that George Washington is on the Great Seal of the Confederacy because our ancestors believed they were acting in his name. She taught us that the 9th and 10th Amendments cannot be read as prohibiting secession, and that our ancestors were legally and morally right.

All my classmates were staunch Confederates. "Yankee" was a term of contempt. The Battle Flag was our symbol of bravery and devotion. That year, I saved up my meager allowance and bought two genuine Confederate $20 bank notes. I thrilled to imagine whose hands might have touched those sacred relics.

And yet Miss Outlaw was not a conservative. There were rumors that black children might be coming to our all-white school, and she had firm views about that, too. She said she would treat black children exactly as she treated us, and, like it or not, we had better do the same.

I don't know about my class-mates but I remain sympathetic to secession. I would be glad to see an independent South—or an independent Vermont or Texas or Cascadia. I applauded the disintegration of the Soviet Union, as much because it meant independent homelands as because it signaled the death of Communism. Today, I root for the Chechens against the Russians, the South Sudanese against the Arabs, the Kurds against the Turks, the Flemings against the Walloons, the Quebeckers against Toronto. Men need homelands that are theirs, that commemorate their heritage and ensure its survival.

But when the Czechs and the Slovaks peacefully seceded from each other, it was because millions of people were Czech or Slovak nationalists first, and many different things second. They set aside all other disagreements in the name of nation.

The American South does not now have the same broad-based national fervor, and the few sparks of Southern patriotism that remain are smothered by newcomers who are indifferent or hostile to the South.

Looking back 150 years, I am struck by how remote an irritant the federal government then was. About the only brush with Washington most Americans ever had was buying stamps at the post office. The feds never dreamed of telling you whom you had to hire, what you could put in your food, or how many days off you had to give the help. No American had to account to Washington for every penny he earned, and then hand over a big part of it. Not even Louis XIV or Ivan the Terrible exercised that kind of tyranny. The people of Illinois and Wisconsin would have voted articles of secession before South Carolina did if they had lived in the grip of today's central government.

And yet, the irony is that today's pestilential bureaucracy has nothing like the resolve with which Lincoln's government fought the war. A country that chants mantras about diversity and tolerance has no idea what it even is. It has no identity to impose on people who know who they are, know what they want, and are prepared to fight for it.

The real tragedy is that Southern nationalism crested 150 years too soon. I am convinced that if, today, the people of the South—or of any state—were as determined to secede as my ancestors were in 1860 and 1861, the federal government would not now slaughter them to keep their corpses in the Union.

Independence is there for any group of Americans that is united in its determination to take it.

Jared Taylor (email him) is editor of American Renaissance and the author of Paved With Good Intentions: The Failure of Race Relations in Contemporary America. (For Peter Brimelow's review, click here.) The long-awaited sequel, White Identity: Racial Consciousness In The 21st Century, will be published this year. You can follow him on Parler and Gab.