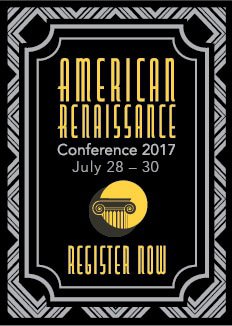 It’s been a bad few months for free speech. Milo Yiannopoulos was kept off campus or kept from speaking at UC Davis, UCLA, University of Maryland, North Dakota State University, Washington State University, NYU, Villanova, and Berkeley.  Charles Murray was driven from a lecture hall at Middlebury, Gavin McInnes was shouted down at NYU, and  Jordan Peterson couldn’t speak through the din at McMaster University in Canada. Last year not even CIA director John Brennan could finish a talk at University of Pennsylvania, and Cook County Prosecutor Anita Alvarez was hooted off the stage at University of Chicago.

Leftists always get away with this. Middlebury, for example, has a policy—“Middlebury College does not allow disruptive behavior at community events or on campus”—and vows “accountability” in the Charles Murray affair. What are the chances even one student will be punished? College bureaucrats don’t dare do anything that might be seen as defending a “racist” or “sexist.” There was a similar level of thought control in Salem in 1692.

Fortunately, there are still a few places where people even more sensible than Milo and Charles Murray can speak unmolested, and one of them is Montgomery Bell State Park in Tennessee. There, from July 28 through 30, VDARE.com Editor Peter Brimelow will be joining a lineup of star speakers for the 15th American Renaissance conference. Colorful strains of anti-fa have tried to make trouble at previous conferences, but Montgomery Bell is protected by competent, well-armed park police who take the First Amendment seriously. Given the Left’s current petulance, I’m sure we will get a full menagerie of protestors, and I’m equally sure the state of Tennessee will take no guff from them.

The creatures who come yell “no free speech for fascists” have no idea how amusing they are. Right about cocktail time, they will show up in their tribal plumage, pretending they are fighting the Nazis all over again. They will put the finishing touches on a glorious weekend that just wouldn’t feel right without their exuberant welcome.

Along with stalwarts such as Sam Dickson, who has brought every AmRen conference since 1994 to a close, this year’s program introduces many exciting new speakers. One is Helmuth Nyborg of Denmark, who has suffered years of persecution for research on IQ and on the consequences of Third-World immigration to Europe. He even had to fight off an official accusation of “scientific dishonesty” when he tried to warn against Europe’s catastrophic refugee policies.

We are also proud to be hosting Martin Lichtmesz of Vienna for his first-ever lecture in the United States. He is a member of the think tank, Institut für Staatspolitik, and an expert on nationalist movements in central Europe. He translated The Camp of the Saints into German, and contributes frequently to German New Right publications. He will talk about the promising rise of nationalism in Germany and Austria.

Julian Langness is a representative of the rapidly growing group of young activists who will carry on the fight after the Brimelow-Taylor-Dickson generation moves on. Mr. Langness has come a long way since 2008, when he was one of the youngest Obama delegates to the Democratic National Convention. He became an identitarian after traveling in Europe, and is the author of Fistfights With Muslims In Europe: One Man’s Journey Through Modernity. He will talk about how his generation is waking up to the racial crisis.

Mr. Brimelow will issue a report card on the Trump administration, and I will explain why I think we might actually have turned the corner. Sam Dickson will give his incomparable “Benediction for Heretics.”

We are still in discussion with several very exciting speakers for two open slots on the program, so this is going to be an extraordinary conference.

Usually, when event organizers claim that “tickets are selling so fast you better get yours while you still can,” they’re desperately trying to fill an empty house. Not us. We have reserved all 125 rooms and the bungalows at the conference site, but they are likely to fill up in the next few weeks. After that, guests will have to stay at motels; fortunately, they are nearby and not expensive.

Of course, reporters will say that turnout was boosted by the “climate of bigotry and hatred” Donald Trump has loosed upon the land. What dunces they are. What they call “bigotry and hatred” is white people—all around the world—waking up after 70 years of mental illness. Donald Trump—just like Brexit and the European “extreme right”—is a symptom, not a cause. You knew we didn’t need any more Mexicans or Muslims long before Donald Trump figured that out.

So come join other leading-edge thinkers and activists for what is sure to be a wonderful weekend of ideas, fellowship, and celebration.

Jared Taylor [Email him] is editor of American Renaissance and the author of Paved With Good Intentions: The Failure of Race Relations in Contemporary America. (For Peter Brimelow’s review, click here.) His most recent book is White Identity. You can follow him on Parler and Gab.