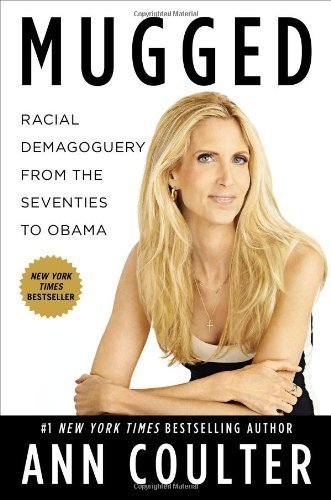 The left has the luxury of having lost the argument on crime for the past few decades and, as a consequence, the electorate has no recollection of the living nightmare produced by Great Liberal Ideas About Crime.

Brooklyn hipsters blithely go about their business, completely unaware that their trendy neighborhoods were war zones in the 1970s, 1980s—and well into the 1990s. Walking those streets meant you were taking your life into your hands.

Thanks to Republicans’ aggressive law-and-order policies, today, most U.S. cities are astonishingly safe. Crime is at its lowest level in decades. Life is possible again!

But Joe Biden, the leading Democratic candidate for president, is said to be hurt by the fact that, as The New York Times puts it, “he championed the 1994 crime bill that many experts now associate with mass incarceration.”

Point One: What’s the matter with “mass incarceration”?

Are we supposed to stop incarcerating people who commit crimes? Is that the argument? If there are hundreds of innocent people in prison, why do liberals keep giving us the fake sob stories—the cases they lie about, forcing me to look up the facts, as illustrated in several of my recent columns?

Point Two: By “many experts,” the Times means “raving lunatics we keep on speed-dial for when we need a quote we agree with.”

In fact, the only theory by which Biden’s crime bill—technically the “Clinton Crime Bill”—attacked crime was by ushering in the first Republican Congress in 40 years, as a result of including the "assault weapons" ban in the bill.

In the very next election, just two months after the bill was signed, long-serving Democrats lost their seats, one after another after another.

Apart from that, the 1994 Crime Bill didn’t do much. There was “midnight basketball”; the “Violence Against Women Act” (feminist nonsense, later held unconstitutional by the Supreme Court); loads of pointless federal funding for local law enforcement; innumerable death penalties added for capital offenses committed on this or that federal property; and the aforementioned “assault weapons ban,” or “Gift From God to the GOP.”

But Biden and Clinton were at least savvy enough to know that Democrats had to try to steal the crime issue from Republicans, even if only with meaningless gestures.

Not today’s Democrats! Biden’s opponents seem to be competing for the title of “Candidate Most Likely to Return Murder and Mayhem to Our Streets”!

As with all the left’s insane ideas, they’re packaging this as an attack on “racism.” Let’s take a stroll down memory lane, for a reminder of who bears the brunt of cretinous liberal crime policies.

The CBC being Democrats, the gist of the hearing was to attack President George H.W. Bush ... for not fighting the war on drugs with sufficient ferocity. Thus, Rev. Jesse Jackson testified:

“(P)resident Bush's plan ... greatly underestimates the military arsenals and viciousness of the drug lords and pushers who not only have deadly firepower from AK-47s to Uzis, superior to the weapons of the police, they have a reckless attitude and no respect for human life. ...

“(Drug) pushers are terrorists. Those who consume drugs are engaged in treason against themselves, their families and their communities. ...

“We demand a right to volunteer in the army—(audience applause)—to fight a war on drugs.” 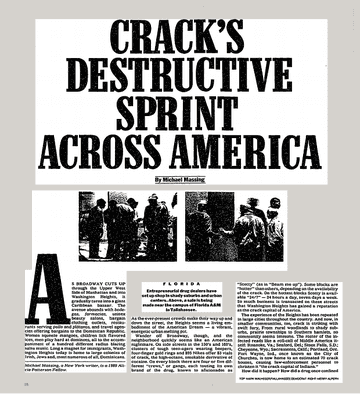 Throughout the 1980s, The New York Times was full of reports about the scourge of crack cocaine in neighborhoods “where Americans—especially minorities—do worst.”

There were stories of dealers preying on “poor blacks” who “coughed up enough $5 bills” for a vial of crack; an account of two little girls in the Bronx, children of crack-addicted mothers, “resorting to prostitution and falling prey to a (65-year-old) neighborhood man for $5 or $10”; and reports of dealers who “offered two-for-one deals and 'Mother's Day' specials timed to coincide with the arrival of welfare checks.”

A Washington Post-ABC News Poll, taken after President Bush gave a speech in 1989 announcing his “War on Drugs,” showed that 68% of black respondents approved of his plan—or six times as many as voted for him. While only about half of white respondents characterized drugs as a “crisis” in their neighborhoods, two-thirds of African Americans did.

And then, in 1993, Rudy Giuliani became mayor of New York and saved the “ungovernable city." By the end of his two terms in office, murders in the city—mostly blacks killing other blacks—had been slashed from about 2,500 a year to 900. With subsequent mayors continuing his policies, whether with enthusiasm or out of fear of the voters, the murder rate has continued to fall.

Thousands of black people are alive today who otherwise would not be because of Giuliani’s tough-on-crime policies. As the Rev. Calvin Butts, pastor of Harlem’s Abyssinian Baptist Church, put it, without Giuliani, “we would have been overrun.”

If Jordan Peele wants a new idea for a conspiracy movie involving race, how about this one: Powerful liberals conspire to kill off black Americans and replace them with Mexicans by pushing lenient crime policies that put violent criminals into black neighborhoods, while simultaneously demanding open-borders immigration policies.

He can pick up some script ideas this Thursday, at the third Democratic presidential debate.