Sailer - Blacks, Jews and the GOP - Part I

The problem with Republican "diversity outreach" is that the GOP ends up being held hostage by its handful of minority celebrities. It can't campaign vigorously against racial quotas, for instance, for fear that Colin Powell or Congressman J.C. Watts would object.

Still, on the whole, the Reagan foreign policy team's recruitment and mentoring of Powell and Condoleezza Rice has paid dividends. Even more important than the PR advantages is that Powell and Rice would more likely implement a calm and patriotic foreign policy based on the national interest than would the usual suspects from the think tanks.

In the Nineties, neoconservative and neoliberal views on overseas interventions have grown increasingly hysterical under the influence of that noted international relations expert Steven Spielberg. In the minds of white baby-boomer wonks and intellectuals, Schindler's List locked in the assumption that the Holocaust is the end-all and be-all of history. Then, Saving Private Ryan left them feeling terribly inferior to their fathers of the "The Greatest Generation."

Thus, America's otherwise inexplicable aggression against the sovereign state of Yugoslavia in 1999. That misadventure can best be understood as a deeply personal psychodrama staged by the Clinton Administration's foreign policy apparatus. I'm sure all the bombing, killing, and ethnic cleansing made Madeleine Albright, James Rubin, and Co. feel a whole lot better about themselves, even as it made a hash of the Balkans.

In contrast, African Americans, even those as cosmopolitan as Powell and Rice, tend not to care that much about other countries, deep down inside. They especially don't obsess over re-fighting the events of 1933-1945, in the way that Albright is preoccupied with the Munich Conference of 1938 and her father's years as Czech ambassador to Belgrade. To blacks, the epic of Africans in America is far more compelling. To a black patriot like Powell, foreign policy is a necessary job, not an opportunity to right the wrongs of the rest of the world.

The really interesting questions about blacks and Jews are ones that would probably horrify Lipsky: Could the immigration reform movement find a charismatic black leader, just as the anti-quota Proposition 209 succeeded because of Ward Connerly's leadership? And will Jews ever wake up to realize that mass immigration will leave them a mere fraction of the Arab-American and Muslim-American populations, thus endangering American support for Israel?

While most 20th century black leaders supported large-scale immigration, two of the most impressive - labor leader A. Phillip Randolph and Congresswoman Barbara Jordan - fought against it because it damages working class African Americans, even as it helps black civil rights hustlers. This kind of independent-minded black leader is likely to be found in unconventional fields like sports or the military. Granted, he may well favor affirmative action.  But perhaps a reasonable compromise could be worked out restricting its application to native-born Americans.

Republicans are constantly advised to pander to immigrant groups since they are growing so quickly in number. But this also implies that political parties should act more brusquely toward ethnic groups that are in relative demographic decline.

The racial group that is most inexorably fading into numerical insignificance: Jewish Americans. Between low birth rates, delayed pregnancies, and intermarriage with Gentiles, the fraction of the population that considers itself Jewish is headed toward near negligibility.

The American Jewish Committee estimates that American Jews will decline by 1/3rd by 2080. That seems overly optimistic on the part of the AJC. If intermarriage continues to increase, the fall-off is likely to be greater. Immigration will drive the total population up to, say, 500 million by that point, leaving Jews as less than 1% of the population. (And a much larger fraction of the remaining Jews will be the highly fertile ultra-Orthodox.) By then, if current immigration policies remain in place, Arab and Muslim Americans will together probably outnumber Jewish Americans by five or even ten to one.

Perhaps the Jewish establishment will eventually wake up to the threat that immigration poses to their influence? 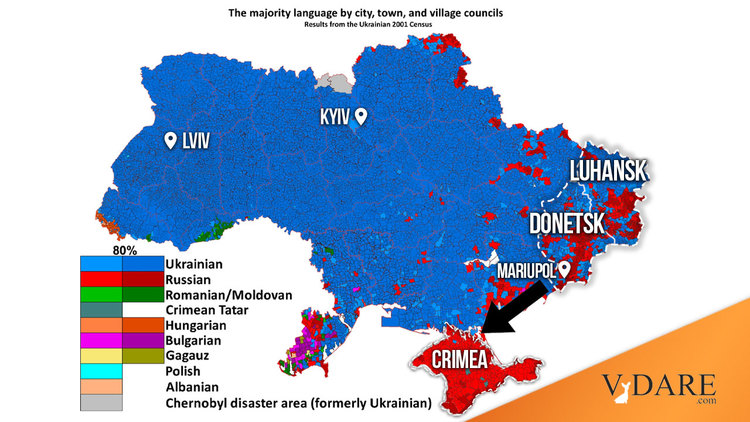 Article
Russia-Ukraine War A Reminder That Ethnic, National Conflicts Are Not A Thing Of The Past, That Blood And Soil Still Matter 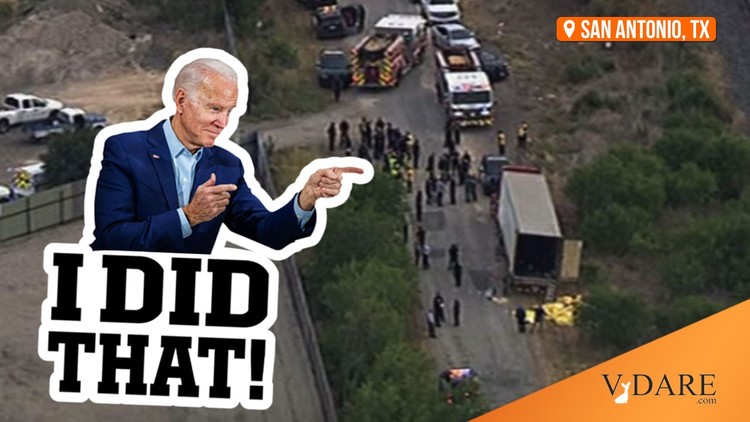 Post
On The 50 Dead in San Antonio, Traitor Joe Should Say One Thing: “I Did That” 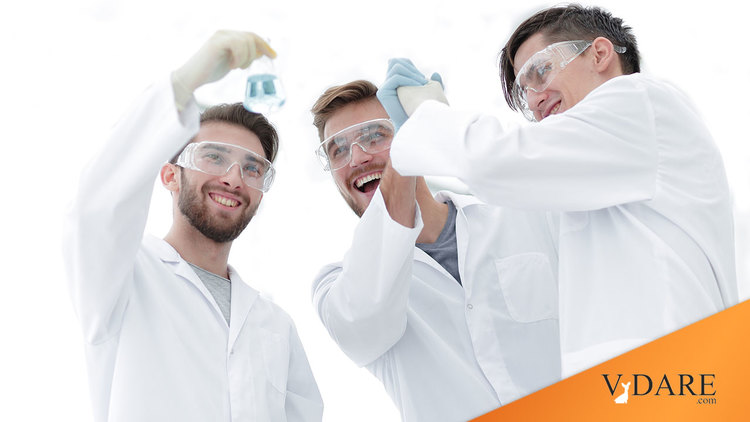 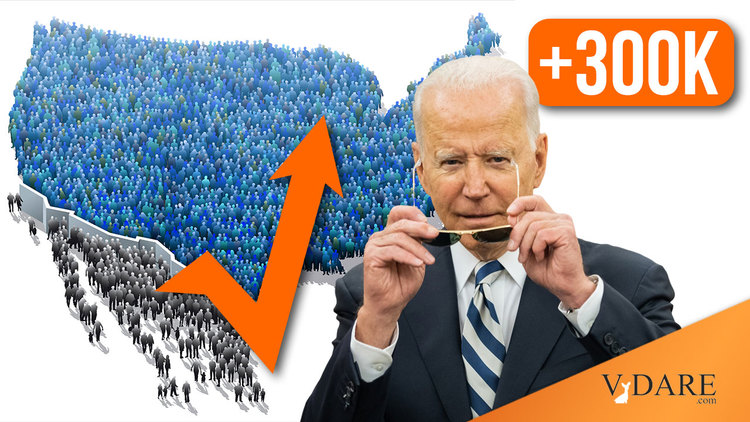