Brimelow In FORBES, 1993: Are Universities Necessary?

Peter Brimelow writes: From pre-internet darkness, we’ve retrieved my Forbes article (published April 26, 1993 under the headline “Are Universities Necessary?") on Douglas Hague’s brilliant pamphlet, cited by Lance Welton here. It’s taken longer for the Higher Ed bubble to burst than he (and I) thought—rather like patriotic immigration reform. But it’s happening. 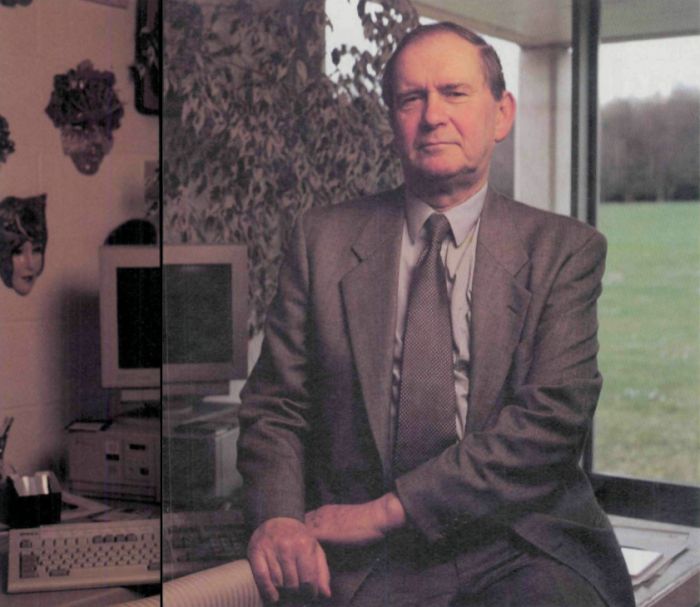 Well, are they? It may seem an odd question to ask Professor Sir Douglas Hague [1926-2015] in the sleek contemporary surroundings of Templeton College, Oxford University's recent belated answer to American graduate business education, where he is now an associate fellow. But in fact Hague voiced grave doubts in his 1991 pamphlet "Beyond Universities: A New Republic of the Intellect," [PDF] published by London's Institute of Economic Affairs. However, he made clear he hoped to rescue them.

"Now I'm sure universities are unrescuable," he says wry, describing the complacent reception his ideas received. "Eventually, businessmen will get fed up and organize their own [training centers]."

This may sound strange to Americans brought up with the idea that a college education should be every child's birthright. Nevertheless, Hague is serious. He even expects to hasten universities' demise: He's a director of CRT Group, a U.K. public company that has just entered the training business by purchasing Pitman, once a famous chain of shorthand schools.

Winkled out from behind his efficient women assistants, Hague is a pink, gentle 66-year-old with a self-deprecating grin. World War II diverted him from the usual Oxford or Cambridge Ivy league-type route followed by most top British academics. Instead, he graduated from his hometown University of Birmingham with a bachelor of commerce degree—impossible at "Oxbridge" and, ironically, first developed for Japanese sent to study in the birthplace of the Industrial Revolution.

Later, Hague was involved in the founding of the Manchester Business School, which, along with the London Business School, was the first set up in the U.K. In the 1970s and 1980s he was an adviser to Margaret Thatcher, leading to a knighthood and the chairmanship of the Economic & Social Research Council, Britain's centralized government research funding agency.

"Increasingly," Hague argues, "people outside the universities will be working in similar ways and with similar talents to those within. And they will often do so more innovatively and with greater vigor, because they will come to what they do untrammeled by academic traditions, preconceptions and institutions."

Or, as he rephrased it for FORBES: "For the first time in history, there are more clever people outside universities than inside. And they're doers."

One symptom: Already the investment industry has driven academic economists out of the economic prognostication business. Many City of London research reports, Hague says, are up to any university standard.

"More important," he adds with a grimness that reflects his experience as a former research-funder, "they are written on time."

"A cult literature now prized in Cambridge, England," Hague says, "is scribbled notes from Keynes' lectures and discussions. What would we give now (what would we have given then) to be able to look in on discussions between Keynes, Dennis Robertson, Richard Kahn, and Joan and Austin Robertson?" Or, he adds with transatlantic tolerance, "Milton Friedman and his associates."

Videotaping makes this possible. A few academics should emerge as superstars. Many more will be what Hague calls "educational consultants," with the specialized support function of directing students to information sources . . . if required. Underlying Hague's analysis is a theory about education in a modern society derived from the Cambridge [England] anthropologist Ernest Gellner.

Because of the economy's constant innovation, Gellner argues, the work force must constantly adapt and be retrained in new special skills. But the basic "generic" education that precedes that special training will be, Gellner suggests, "the least specialized, the most universally standardized."

This "generic" education will be the function of high schools. "Three- or four-year bachelor's degrees, master's degrees, may be obsolete as we know them," Hague says.

(The Ph.D. he regards as "one of the worst American inventions," partly because of its use to restrict entry into university-level teaching.) Hague envisages a dramatic unbundling of higher education, with individuals studying a range of subjects in varying amounts ("modules") as needed over their careers: "We may need less time devoted to higher education, but spread over a lifetime."

Degree-course students should ultimately constitute only a part of a university's clientele, Hague expects. The rest will be just stopping by for pit stops to refuel and change their intellectual oil. Significantly, the bulk of Templeton College's revenues come from "executive courses." To talk to FORBES, a slightly stressed Hague snatched some time from a week-long breakfast-to-bedtime brainstorming seminar with key managers of a major British transport company.

But most universities, Hague thinks, won't be able to make the transition. They are fatally in thrall to their historic origins—as trainers of clergymen, finishing schools for the elite and islands of gracious living.

But aren't universities also about pure scholarship? Hague is not doctrinaire: He sees a role for public money to support subjects, like history, that can't meet a market test. ("Although I'm not sure about that," he adds, "look at Paul Kennedy"—the Yale historian and author of the bestselling Rise and Fall of the Great Powers.) Fundamentally, however, Hague is profoundly skeptical about the worth of much government-funded research in his own social sciences. And even in the hard sciences, where he suspects it has resulted in overspecialization and irrelevance. However, Hague is touchingly less skeptical about U.S. higher education. He praises its pluralism and greater flexibility in subject matter and in accommodating part-time and long-term students. And he likes the fact that colleges here occasionally go bankrupt. He thinks it encourages the others.

But the U.S. system may just look better to Hague because of its contrast with what he describes as the "neo-Stalinist" structure of higher education in Britain, centrally financed and managed by Westminster.

Actually, U.S. higher education is a form of the "market socialism" briefly tried in Eastern Europe. It has both a neo-Stalinist, government-dominated sector and a more flexible, entrepreneurial sector. Working together, they extract from Americans nearly 3% of GNP for spending on colleges and universities, versus less than 1% in Britain, Germany or Japan.

Hague acknowledges this. But as long as governments control higher education, he says, its share of GNP will be arbitrary. In his market-driven system, the share might well rise—"if people spent 5% of their careers on training, that's 5% of GNP." But it would be productively allocated. "All I want is people to have a choice," he says.