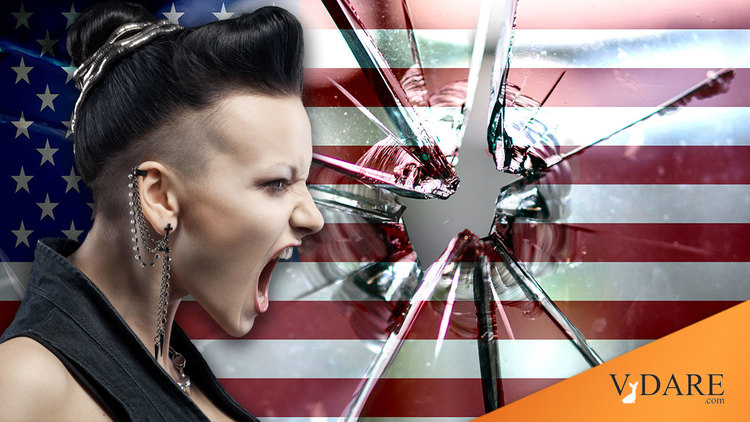 Earlier: Yes, AOC Is Crazy. But So Are Her Democrat Colleagues

COVID-19 has notoriously exposed the inner authoritarian among a lot of people who ordinarily claim to be liberals, e.g., New York Legislation Provides for Indefinite Detention of Unvaccinated at Governor’s Whim, by Kay Smythe, NationalFile.com, December 18, 2021. You can tell that theirs is a characteristically Left Authoritarianism because of its irrational focus on equality rather than efficacy, e.g., its refusal to look at differential racial impact and its refusal to put restrictions on key at-risk populations (the elderly, obese) rather than socializing the suffering across the entire population—because that would be (aargh!) “discrimination.” But the existence of Left Authoritarianism should not be a surprise. There’s been gathering evidence for it in the technical literature.

You don’t know about this. In 2010, an article was published in the prestigious psychology journal Personality and Individual Differences which alleged that being right-wing is associated, at about 0.5, with the trait of “psychoticism”: low impulse control, low altruism and high mental instability [The nature of the relationship between personality traits and political attitudes, by B. Verhulst et al., Personality and Individual Differences, 2010]. Naturally, this proof that Right Wingers were mad and bad while liberals were saints was gleefully reported by the Main Stream Media.

It fitted perfectly with speculations by Frankfurt School German-Jewish refugee Theodore Adorno in his 1950 book The Authoritarian Personality that being right-wing is, in effect, an externalization of being mentally ill and thoroughly antisocial.

However, six years later, the MSM was far less vocal when the authors of the 2010 paper admitted that they’d made a “coding error” and that, as such, their results were exactly reversed.

It was being left-wing that correlated at 0.5 with being mentally unstable, antisocial and impulsive! It was the right-wing people who were stable and pro-social [Why It Took Social Science Years to Correct a Simple Error About ‘Psychoticism,’ by Jesse Singal, The Cut, July 14, 2016]!

And now, yet another study has come out further proving this point: Clarifying the structure and nature of left-wing authoritarianism, by T.H. Costello et al., Journal of Personality and Social Psychology, 2021.

According to these various studies, overall, being left-wing is associated with being antisocial and mentally unstable. The “Authoritarian Personality,” it appears, is at least as much a left-wing phenomenon as it is a right-wing one.

I’ve been avidly following developments in this research for years. I’ve reported a variety of studies that have shown being left-wsing is associated with mental instability. And, in a more nuanced way, being on the “Extreme Left” is predicted by pronounced mental instability, Machiavellianism (a strong desire for power and control), and Narcissism (a desire to be loved and adored) [The Dark Triad traits predict authoritarian political correctness and alt-right attitudes, by Jordan Moss & Peter O’Connor, Heliyon, 2020].

Psychopathic personality is associated with low empathy, with aggressiveness and with enjoying danger and risk. The “Extreme Right” tends to be belligerent and concerned about the good of the group over the “feelings” of the individual, with the Extreme Left being quite the opposite, according to research by Jonathan Haidt and colleagues  [Liberals and Conservatives Rely on Different Sets of Moral Foundations, by J. Graham, J. Haidt & B. Nosek, Personality Processes and Individual Differences, 2009].

So, how does the new Costello study add to what we know about the Leftist mind-set? It employs a very large survey of 7,258 Americans (composed of six different samples) to whom it administered scales that measured political viewpoint and extent of authoritarianism. The sample was approximately half female and, also, approximately equally divided between Republicans and Democrats, with average age of about 45.

The samples were questioned about all manner of issues, such as whether they supported or had participated in violent protests, whether they believed in free speech and even whether bad things happening to those they disliked for political reasons gave them a sense of pleasure.

Other specific scales were administered to them to gauge whether they had a Left-Wing Authoritarian outlook. One included items such as “The rich should be stripped of their belongings and status"; If a few of the worst Republican politicians were assassinated, it wouldn't be the end of the world”; and “Fox News, Right-Wing talk radio, and other conservative media outlets should be prohibited from broadcasting their hateful views.”

Authoritarians of both kinds are very similar on many traits and opinions. These include: a belief that the world is fundamentally dangerous, low humility, moderately low Agreeableness, a strong “need for closure,” and a general belief in conspiracy theories.

In other words, they are moderately unpleasant, arrogant, paranoid, and strongly desire a sense of certainty.

But according to the authors, they differed in terms of mental instability; that is, “feeling negative feelings” such as anxiety and anger:

Relative to Right-Wing Authoritarians, Left-Wing Authoritarians were lower in dogmatism and cognitive rigidity, higher in negative emotionality, and expressed stronger support for a political system with substantial centralized state control. Our results also indicate that Lef-Wing Authoritarianism powerfully predicts behavioral aggression and is strongly correlated with participation in political violence.

Left-Wing Authoritarians also had much greater “Partisan Schadenfreude”—taking delight in the suffering of their political opponents.

Of course, it’s reasonable to ask: where are these “Right-Wing Authoritarians” today? There is no Right-Wing equivalent of Antifa—groups like the Proud Boys are wholly defensive. In the 1950s, there were some Cancellations of Leftists in the (very brief) anti-Communist McCarthyite period.  James Flynn, for example, was sacked from at least three jobs in the 1950s and early 1960s. Occasionally, even under our current Leftist hegemony, a Leftist who goes too far is Cancelled. Thus Professor David Miller of Bristol University, a pro-Palestinian activist, was recently Cancelled at the behest of rich Jews [Bristol University: Professor David Miller sacked over Israel comments, BBC, October 1, 2021]. But this is arguably a special case. And Dr. Allyn Walker, a transman academic from Virginia’s state-funded Old Dominion University, recently published a book entitled A Long, Dark Shadow espousing rights and equality for Minor Attracted Persons (MAPS—that’s Non-Active Pedophiles, if you’re not up to speed). Public outrage forced her (the Washington Post says “their”) resignation [ODU professor steps down after firestorm over research into ‘minor-attracted people’, by Nicole Asbury, November 24, 2021].  But pedophilia is, currently, a crime. Overall, these cases are pretty trivial. 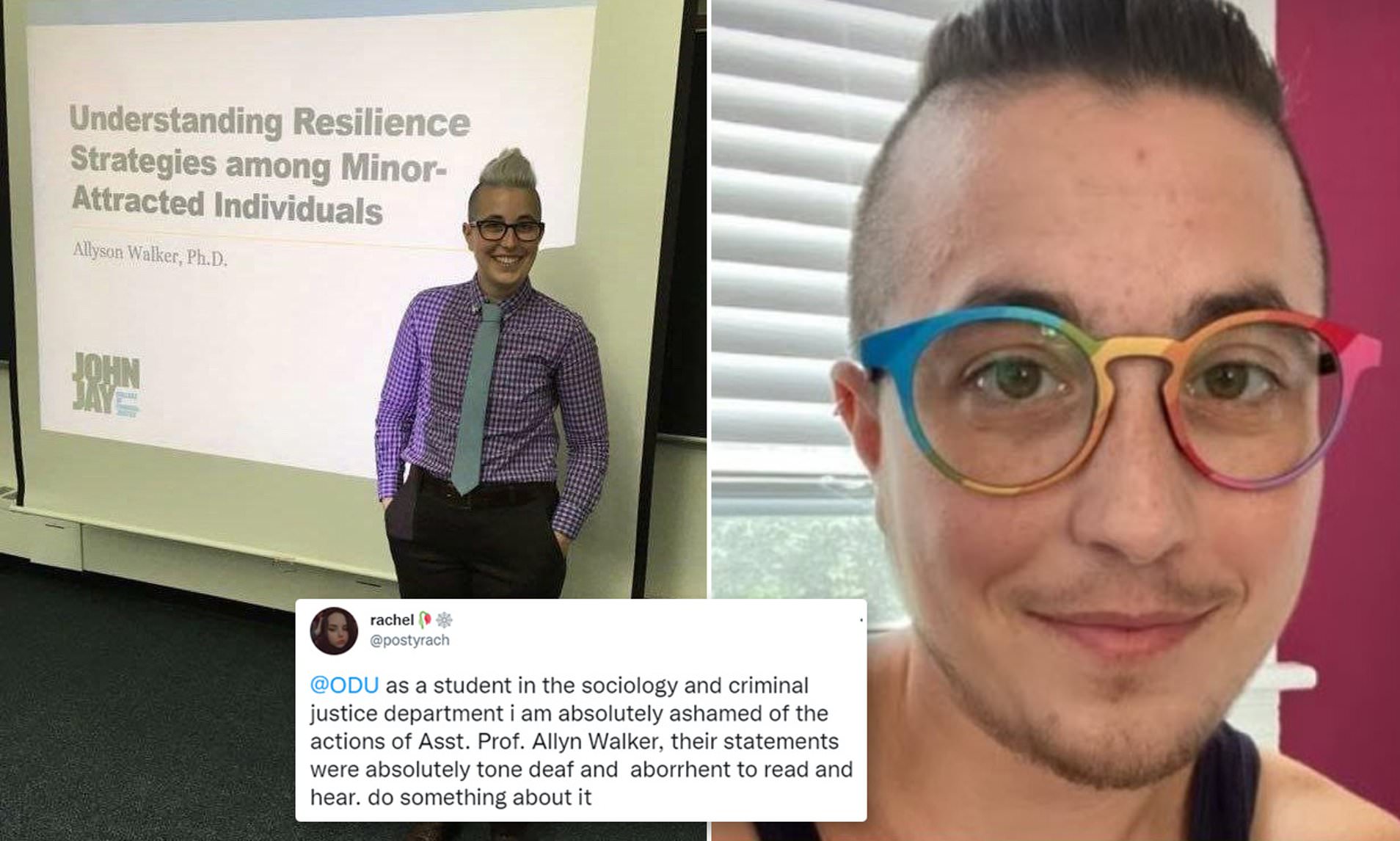 So yet another study proves, then, what should be obvious to everyone: The Far Left, even when compared to the Far Right, is intolerant, mentally unstable, aggressive, and violent—just as we saw with the BLM riots and just as we will continue to see until enough of us are brave enough to stop them.