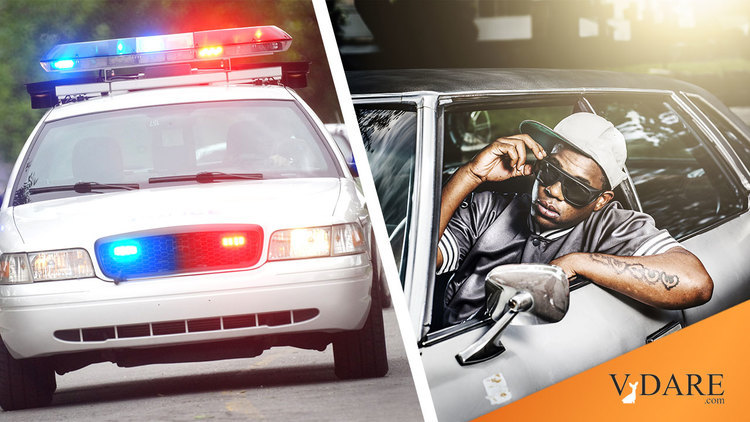 Speaking before a luncheon hosted by the Anti-Defamation League of B'nai B'rith last week, Attorney General John Ashcroft swore eternal enmity to the evil of racial discrimination and its offspring, racial profiling. Discrimination, the attorney general solemnly warned, remains "pervasive," and needs to be combatted "vigorously."

That, he continued, is why "racial profiling is an area of special concern to me. It is totally unacceptable and un-American to think that there would be a problem of 'driving while Hispanic' or 'driving while African-American' in America. I am pleased that the president of the United States ... made it clear that he finds racial profiling totally unacceptable, and it's time to work to make sure that it is not only unacceptable, but ... no longer in existence." As noble as all the oratory may sound, what it may mean is that Mr. Ashcroft really isn't qualified to be attorney general after all.

"Racial profiling"—the use of known correlations between race and criminal behavior for the purposes of police investigation of crimes—is not only not "unacceptable" but virtually essential for the effective performance of police work. And if it really is abandoned and ceases to exist in the United States, crime—especially crime committed against non-whites—will probably explode.

Two years ago a small foundation called the New Century Foundation issued a report entitled "The Color of Crime." (PDF download). Written by the foundation's president, Jared Taylor, an expert on race relations in the United States, the report used U.S. government statistics to show that more than 90 percent of the interracial crime in this country is committed by blacks against whites. That alone is a finding of major significance, but it's not directly relevant to the controversy about racial profiling.

The statistics for national crime rates are drawn from a federal survey called the National Crime Victimization Survey, which is made up of a representative sample of some 100,000 Americans who have been victims of criminals. The survey asks the victims, among other questions, about the race of the criminals who victimized them. It therefore avoids the possibility that mere arrest records simply reflect the racial biases of the police doing the arresting. Crime victims have no motivation at all to lie about the race of those who commit crimes against them.

But the results of the victimization survey are almost entirely consistent with the results from arrest records. That too is significant, since it suggests that arrests are not the product of police racial bias and indeed that the police are less racially biased in their work than some people would like us to think.

It's close to common knowledge that men are more likely to commit violent crimes than women and that young people are more likely to do so than older people. No one objects to police stopping younger men as more likely suspects in violent crimes than women or older people. No one whines that the police are penalizing citizens for "driving while male" or "driving while young." For that matter, no one complains that criminal profiling shows that serial killers are almost always white and that police investigations of serial murders almost always concentrate on white males.

Police have to make use of what criminological statistics tell us about who is and who is not likely to commit certain kinds of crimes. If they don't, there's no real point in collecting the statistics at all, and we can go back to nineteenth century standards of criminology. Police would no longer be able to distinguish likely suspects from unlikely ones, and they would probably wind up simply not investigating those who happen to belong to certain racial categories. The results of that would be to allow the violent criminals in these categories to go unapprehended.

When that happens, the complaint will be that the police aren't adequately protecting minorities because they're "racist." And probably the first to join up in the posse of whiners, the first to vow that such "discrimination" has no place in America, will be the leading law enforcement officer in the federal government, John Ashcroft.