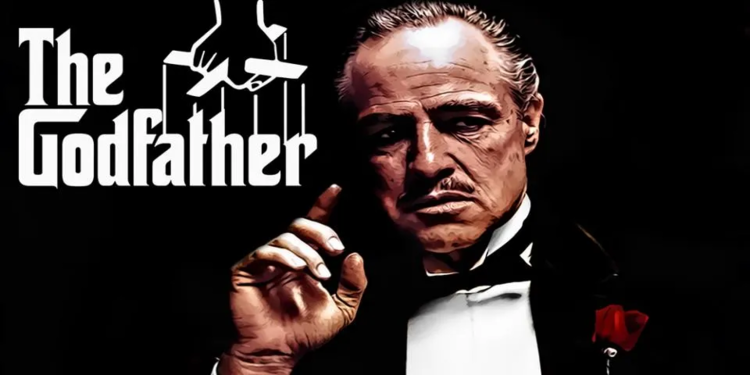 As a movie critic, I see lots of films featuring one of the odder bits of Hollywood hokum: the multiethnic criminal gang.

You know, the kind of mob that's as diverse as the cover of the University of Wisconsin recruiting brochure after the admissions office gets done Photoshopping it.

There's a white guy, a black guy, an Asian girl, a Sikh, a Lubavitcher, an Amish farmer, a whatever.

When you see a multiracial gang, you can be sure the overall movie is lame. Do you remember "The Truth About Charlie", "Femme Fatale", "Don't say a Word",  "Atlantis", and "What's the Worst that Could Happen?"

You don't? Well, neither did I until I looked them up. And, heck, I reviewed all of them within the last two years.

(The exception that proves the rule: "Ocean's Eleven," which reveled in just how contrived is the Eleven's diversity. As Brad Pitt tells George Clooney when they discuss whom to recruit, "Off the top of my head, I'd say you're looking at a Boesky, a Jim Brown, a Miss Daisy, two Jethros, and a Leon Spinks, not to mention the biggest Ella Fitzgerald ever.")

In contrast, the gangster movies that penetrate deepest into the human condition – like the first two "Godfathers" - tend to emphasize the "family" in "crime family." "The Sopranos" takes this concept to the limit.

In real life, too, ties of blood and marriage undergird most organized crime operations. It's also common for the perpetrators of disorganized crimes to be brothers or cousins—for example, the brothers Jonathan and Reginald Carr committed the four murders in 2000's "Wichita Massacre."

And that's why multiracial gangs are much rarer in real life than in bogus movies: because, by definition, racial groups are based on extended families.

Why do criminals prefer, where possible, to work with close kin, or at least co-ethnics? The answer to this question is presented in the new scholarly book Risky Transactions: Trust, Kinship, and Ethnicity, edited by Frank K. Salter, an Australian political scientist now with the Max Planck Institute in Andechs, Germany.

Salter is doing some of the most interesting work in the human sciences right now - in fields as seemingly diverse as why ethnically-homogenous nation-states like the Scandinavian countries tend to give more welfare and how the best nightclub bouncers intimidate drunks.

Incentives toward ethnocentrism exist even in legitimate businesses, like the diamond trade, where lack of trust would greatly increase transaction costs.

For example, after I bought an engagement ring from a very low cost dealer (don't tell my wife), I had to pay an additional $100 or so to have a third-party appraiser spend twenty minutes peering at the diamond through a microscope to confirm that the gem was indeed the VS clarity - G color that the salesman had purported.

That's why the international wholesale diamond business is dominated by a small number of "endogamous" (in-marrying) ethnic groups. They can do business within the group on just a handshake.

Say you sell some diamonds with microscopic flaws to your third cousin in Amsterdam but charge him for flawless diamonds. When he eventually figures out you've been cheating him, he doesn't have to go through all the bother of suing you or shooting you. He just tells your mutual relatives, and soon nobody will do business with you and your children can't find spouses. So honesty is the best policy - at least toward your co-ethnics.

The ethnocentric incentive for business outside the law is even greater. You are in danger both from the police and your business associates. If you hand the buyer a duffel bag full of uncut drugs and he vamooses without handing you the promised suitcase full of cash, you can't threaten to take him to court.

So the transaction costs of doing business with people who have no reason to trust you mount rapidly. You need some thick-necked gentlemen to stand around holding submachine guns while you make the exchange; you need to murder some cheats and informers to encourage the others; and so forth.

"These ties allowed greater flexibility and safety. In the relationships between [Sicilian] Mafioso organizers and the Italo-American gangs receiving the merchandise [heroin], where there is mutual trust over time, it is possible for one courier to arrive from America with the money while the merchandise itself is entrusted to another courier. Since no such privileged bonds existed between Sicilians and Middle Eastern suppliers, importing was a more cumbersome operation."

Salter points out an important concomitant to the risky transaction theory: the dividing lines between ethnic freedom fighters, gangsters, and terrorists can be awfully blurry.  This has repeatedly tripped up American thinking foreign policy.

For example, in 1999 we bombed Serbia flat to rescue the heroic Kosovo Liberation Army They then rewarded us by reverting back to the ancient Albanian trades of international smuggling, fencing, and pimping.  Soon, KLA gangsters were subverting our ally, the fragile democracy of Macedonia.

"'Kosovo Albanians make the perfect mafia—even better than the Sicilians,' said Marko Nicovic, vice-president of the New York-based International Narcotics Enforcement Agency. 'They are a small ethnic group made up of clans or families that have very close to family relations. The brotherhood, or Fic, is impenetrable by outsiders. It is difficult to find translators to work with police and impossible to get an informer or agent inside the organizations.'"

The intense kin ties that make for effective rebels, mobsters, and fanatics are most often found where government is ineffective or illegitimate or both. These are places where you need your extended family's muscle to survive, because the police are either predators or feckless.

Of course, there's a chicken or egg issue here: strong and just governments are also hard to establish and maintain among populations whose extended family structures are conducive to mafia activities.

This might be especially true where inbreeding is common. And inbreeding is extremely common from Morocco to parts of India. For example, half the married people in Iraq are married to either a first or second cousin (versus less than 1% in the U.S.). "Consanguineous" marriage intensifies family loyalty. If you arrange for your daughter to marry your brother's son, your grandson will also be your brother's grandson and heir, so there's no need to fight over who inherits the family land or herd.

On the other hand, cousin marriage undermines loyalty to the state and society, which is one reason why Middle Eastern countries teeter between anarchy and tyranny.

Thus, the world's refugees tend to come from failed states like Somalia and Yugoslavia that have been torn apart by battling ethnic clans. These refugees tend to gravitate toward homogenous northern regions like Sweden and Lewiston, Maine, where they can exploit the high levels of welfare offered by compassionate citizenries who didn't anticipate the refugees' Hobbesian worldview.

Salter points out that ethnic mafias especially flourish when totalitarian regimes collapse, as in the Soviet Union and Albania. Totalitarian regimes destroyed most of the non-family associations of civil society (such as corporations, labor unions, and political parties).  The form of organization that survives is the basic biological one of kinship.

All this suggests that we ought to be preparing for the some unwanted side-effects of liberating Iraq.

For instance, it's likely that new and even more virulent refugee mafias will emerge out of Iraq's countless ethnic groups. How about the Lucifer-worshipping Yezidis?

You heard it here first.