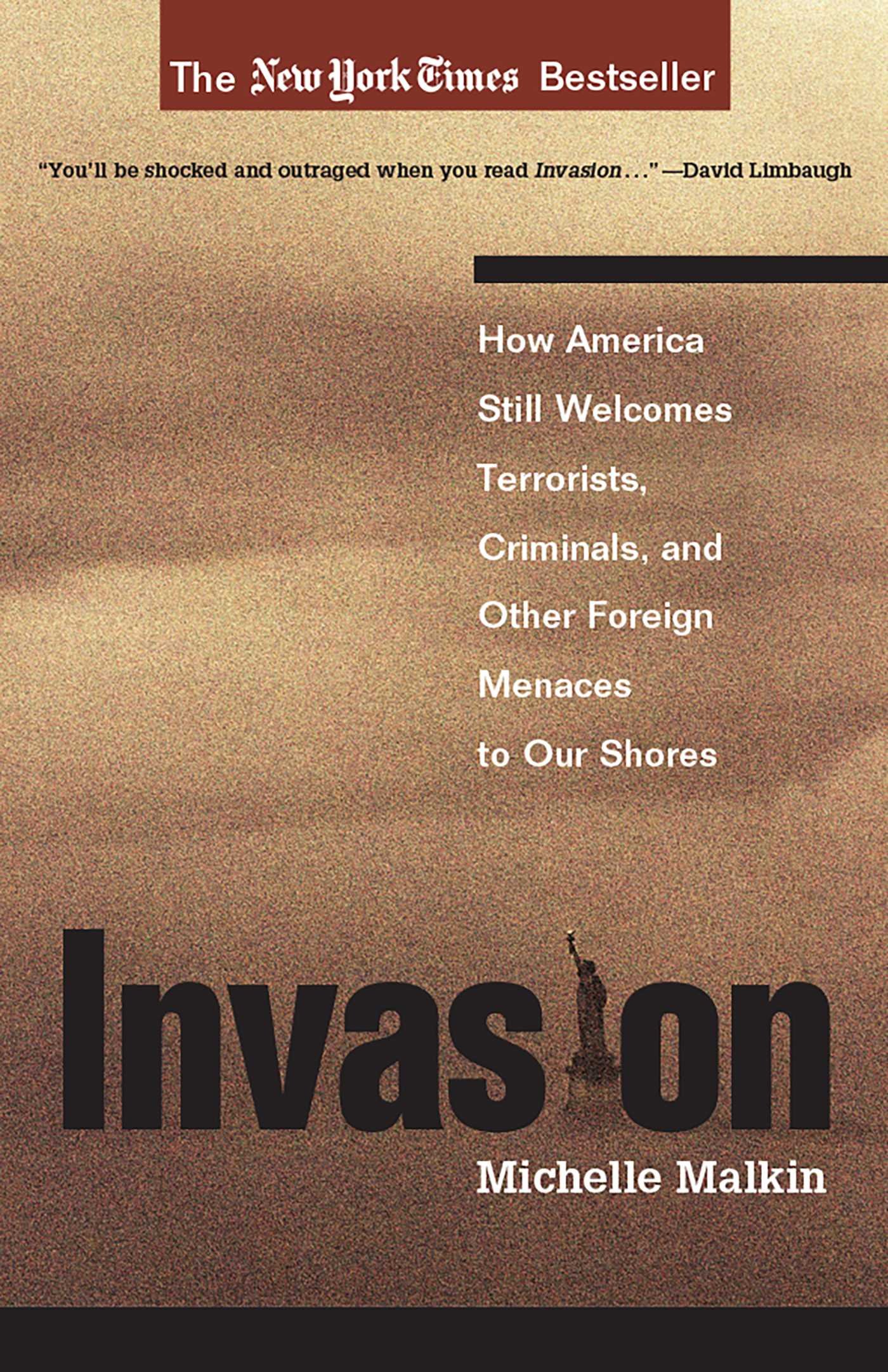 Michelle Malkin attacks the federal bureaucracy like an insider in this very serious and expertly researched book. She tells a story that desperately needs to be told. She confronts the inconvenient fact that illegal aliens have raped and murdered innocent American citizens, and assassinated law enforcement officers (documented in Chapters 5 and 6). But truth is sometimes subject to media blackout when it doesn't fit the familiar "immigrant good, restriction bad" script. So in the face of deafening media silence, be a rebel and buy Invasion! Read it. Talk about it. Tell your friends and neighbors to go buy it too.

For anyone who actually reads Invasion cover-to-cover (reviewers included), you will learn the truth about how the federal government's immigration bureaucracy operates, and why it utterly fails in its mission to enforce the immigration laws of the United States. Invasion will make you an immigration insider overnight.

You will learn in Chapter 10 that there is a permanent amnesty-granting machine buried inside the U.S. Department of Justice. You'll learn that this bureaucracy is called the Executive Office for Immigration Review (EOIR), that it controls the nationwide U.S. Immigration Court system and its appellate body called the Board of Immigration Appeals (BIA), and that it makes a federal case out of the deportation of every single illegal alien and criminal alien resident in the United States. By reading Invasion, you will learn how this litigation bureaucracy operates behind closed doors, turning "due process" into a shameless farce of bureaucratic delay and abuse that allows countless illegal aliens and criminal alien residents to remain in the United States indefinitely.

Invasion is an historic book. Not only does Michelle Malkin explain to the American people what the bureaucrats of the EOIR and BIA are doing to this country, but she offers a solution — and it's the right solution. Invasion is the first national bestseller to call for the EOIR and the BIA to be abolished.

And that's something you won't hear on the evening news.

Juan Mann is the proprietor of DeportAliens.com, the only immigration reform web site calling for the EOIR bureaucracy to be abolished since October, 2001. He urges all concerned Americans to use the lobbying resources of Numbers USA, FAIR and Project USA to make a differnence for immigration law enforcement.