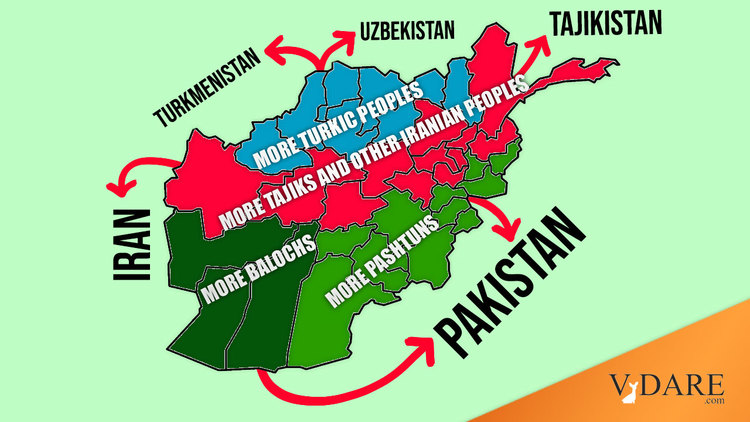 It looks as though, after twenty years of futility, two and a half thousand U.S. military deaths and twenty thousand wounded, along with a trillion dollars of spending (give or take a couple hundred billion), we may actually be disengaging from Afghanistan.

"Disgraceful" is a word that keeps coming to mind. It's been an absolute policy failure on the part of three different administrations—four, if you count the current one, which perhaps in fairness you shouldn't.

If our political system was fit for purpose, there would be impeachments of civilian officials and courts-martial of senior staff officers—dozens of them in both cases—for these twenty years of lies and incompetence.

It's been obvious for most of those years that our war in Afghanistan was of benefit to only a tiny fraction of Americans: defense contractors, the congressvermin who take their campaign donations, and senior military types wanting to put another colored ribbon on their chests and nail down another post-retirement company directorship.

For the rest of us it's been money and lives down the toilet.

One consequence of the Afghanistan fiasco: a mighty flood of refugees.

The US is expanding efforts to permit Afghan citizens who have worked with the US to resettle as refugees in America. https://t.co/mCiFO7Ebp3

A key term here is "SIV," which stands for "Special Immigrant Visa." I went to the State Department website with the idea to do a deep dive into this SIV business, but I got lost in the bureaucratic Esperanto and had to give up.

I did at least learn, though, that there are two distinct visa programs in play here:

The State Department website, which is aimed at people applying for these visas, carefully cautions you to know which visa you're applying for. The first category there talks of numbers of visas in the thousands and tens of thousands; the second one, if I haven't misread the Esperanto, is limited to fifty visas a year.

The whole issue is further complicated by:

As you can see, the matter of visas for Afghans wanting to settle in the U.S.A. under some claim to having helped our war effort is deep and tangled in both legislation and litigation. You could get a Ph.D. in this stuff, if you had a lot more patience than I have.

Casting around for something I could understand, something giving actual numbers, I found this excellent piece by Daniel Greenfield over at FrontPageMag.com, title: 'Saving Afghan Interpreters' is a Scam That Would Bring 100,000 Afghans to U.S. [July 23, 2021].

When the media claims that we're leaving Afghan interpreters to die, it's lying. There are few actual interpreters actually applying for SIVs. The vast majority of applicants were just making money from the U.S.

On the other side are stories like this one from Chad Robichaux over at American Greatness. Robichaux is described as "a former Force Recon Marine and Defense Department contractor with eight deployments to Afghanistan as part of a Joint Special Operations Command (JSOC) Task Force." He writes very eloquently of combat operations he was engaged in, helped by an Afghan interpreter he calls "Bashir."

This Bashir, Robichaux tells us, saved many American lives and was unfailingly loyal to our troops there. Yet now he's a Taliban target, in peril of his life:

He has been on the move with his wife and kids, relocating daily to stay safe. He has tried multiple times to get out, but for years the special immigrant visa process has been broken and now the U.S. embassy in Kabul is closed "due to Covid."

Robichaux and his former teammates have raised $80,000 to help Bashir move to a safe country with a U.S. embassy where he can apply for asylum.

Has Chad Robichaux made up the Bashir story? Well:

How many of those latter cases, the Bashirs, could there be? Not just Afghans who helped us unload a truck one weekend, but people who provided long spells of meritorious service in our cause, and can be identified and solidly vouched for by our people who worked with them?

I would guess a few hundred; certainly not tens of thousands.

So, what to make of all this? Are we handing out SIVs like candy with, by Daniel Greenfield's count, a hundred thousand Afghans on their way to permanent settlement here? Or are we, as Chad Robichaux tells us, stiffing a few hundred Afghans who believed in our mission and put their lives on the line to help us?

My guess would be: both. Our immigration system is so intractably FUBAR, I'm perfectly ready to believe that we are letting in for settlement tens of thousands we shouldn't while denying entry to a few hundred Bashirs to whom, as a matter of national honor, we should be willing to grant settlement.

Sound advice to Bashir, in fact, would be to get the heck out of Afghanistan, take a plane to Ecuador, and hike up through Central America to the U.S. border with all the rest of the Third World, who are chanting as they hike “We don't need no steenkin' visas."

If we had a competent federal bureaucracy we'd sort out the Bashirs and give them settlement visas, then try to help the other hundred thousand applicants relocate to Muslim countries.

To neighboring stans, in fact, of which there is a good supply: Pakistan, Tajikistan, Kyrgyzstan, Uzbekistan, Kazakhstan, and not forgetting Turkmenistan … [Opening bars of the Turkmen national anthem.] … yeah, yeah, thanks, guys. As well as having that friendly "stan" in their names, there is considerable ethnic overlap across the borders: Balochs and Pashtuns in Pakistan; Tajiks in Tajikistan; Turkmens and Uzbeks in Turkmenistan and Uzbekistan etc. 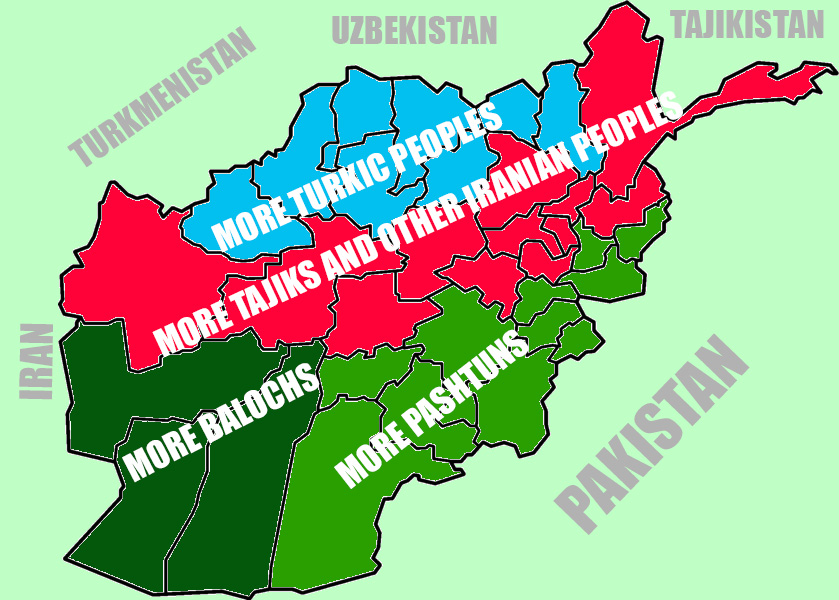 If we had a competent federal bureaucracy, we could sort it all out.

And, I was going to add, if my aunt had balls, she'd be my uncle; but I'm not sure that's any longer true …