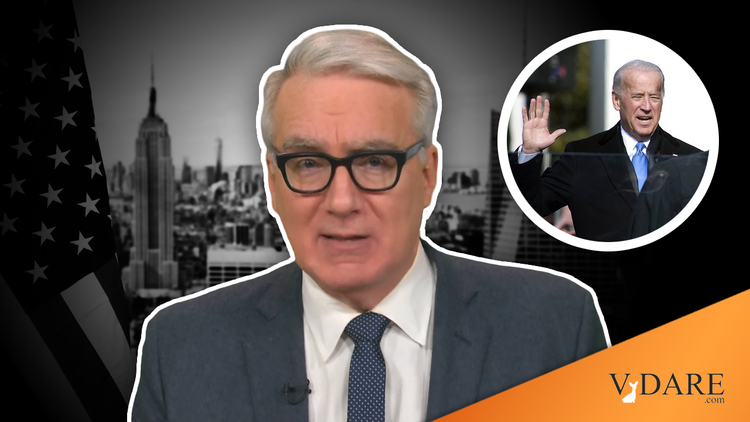 John Derbyshire: “Hate Has No Home Here” = “Prosecuted And Convicted And Removed From Our Society,” Thanks For Telling Us, Keith Olbermann!

See also: You’re Next! If Biden/ Harris Win, A Crackdown On Whites Is Coming;

You probably caught Keith Olbermann's October 9th address to the nation. In case you didn't, or need reminding, here it is:

Trump can be, and must be, expunged. The hate he has triggered, Pandora's boxes he has opened, they will not be so easily destroyed.

So, let us brace ourselves. The task is two-fold: the terrorist Trump must be defeated, must be destroyed, must be devoured at the ballot box, and then he, and his enablers, and his supporters, and his collaborators, and the Mike Lees and the William Barrs, and Sean Hannitys, and the Mike Pences, and the Rudy Giulianis and the Kyle Rittenhouses and the Amy Coney Barretts must be prosecuted and convicted and removed from our society while we try to rebuild it and to rebuild the world Trump has destroyed by turning it over to a virus.

Remember it, even as we dream for a return to reality and safety and the country for which our forefathers died, that the fight is not just to win the election, but to win it by enough to chase—at least for a moment—Trump and the maggots off the stage and then try to clean up what they left.

Remember it, even though to remember it, means remembering that the fight does not end on November 3rd, but in many ways, will only begin that day. [Links added]

Keith Olbermann: "Terrorist Trump" And His Enablers And Supporters Must Be "Removed From Our Society," RCP, October 9, 2020

An hour or so after watching that, while it was still bouncing around in my head, I took my dog for a walk. Basil gets a good long daily walk: forty-five minutes around the quiet, arboreal streets of our middle-middle-class suburb.

So we're strolling along one of those streets when I spot a big yard sign. At first glance from a distance, I thought it was something promoting a candidate for the coming election.

Then I read it:

HATE HAS NO HOME HERE.

That was it. No candidate or party mentioned, just that affirmation of faith in our new religion of Antiracism: the same affirmation Judge Barrett felt obliged to make (emphasis added)before the Judiciary Committee (“I think it is an entirely uncontroversial and obvious statement, given as we just talked about the George Floyd video, that racism persists in our country”—but it has not been proven that racism—ill will by a person of one race towards a person of another—was a factor in Floyd’s death, even supposing Officer Chauvin caused it, also not proven); the same affirmation white-collar employees have to make if they don't want to lose their jobs; the same affirmation schoolchildren and college students have to make if they don't want to be shunned by their classmates and marked down by their teachers.

I indulged myself in a brief fantasy about the homeowner coming out from the house just as I was walking past. What would I say to him?

In my fantasy, I'm sorry to admit I fell to sarcasm, which my schoolmasters told us is the lowest form of wit. In my imaginary encounter I said something like this:

Hey, I saw your yard sign there. What good people you must be! What good, moral people! I'm proud to share my neighborhood with such virtuous citizens. Thank you, thank you for living here! Down with hate! …

Back at home, I wondered where he had acquired the sign. Doing a Google search, I found pages and pages of these signs, from a dozen or more vendors, in all patterns and colors. Walmart will sell you one; so will Amazon.

There's money to be made in virtue signaling.

Then the Keith Olbermann connection clicked on. Is there any doubt that the owner of that yard sign votes the same way Olbermann does, and quite possibly agrees word for word with the sentiments Olbermann expressed last week?

Olbermann isn't that far out in Left field. I know a couple of sober, well-educated middle-class citizens who share those same sentiments.

Antiracism is an ersatz religion, but it's a religion none the less and religions have zealots. A religion of peace, love, and divine justice can burn heretics alive and wage pitiless war against infidels.

People who proudly advertise their intolerance for "hate" can shriek hot hatred at those who disagree with them, as Keith Olbermann's rant illustrates.

As I wrote in 2017: “Like Nazis After 1945”—Never Forget The Bullet We Dodged When Hillary Was Defeated.

Our society has taken a seriously wrong turn somewhere. 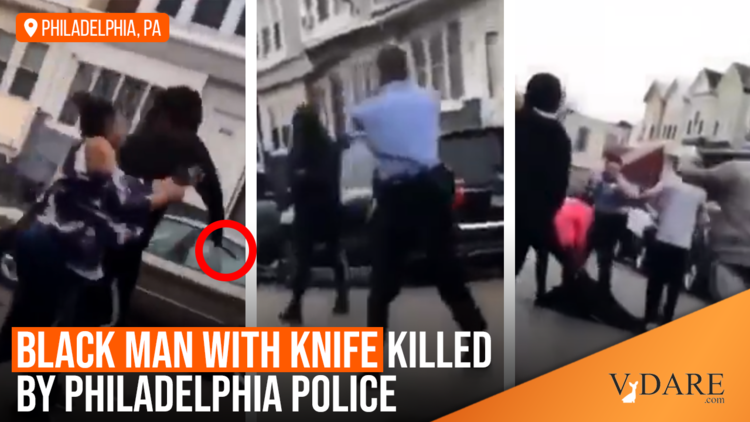 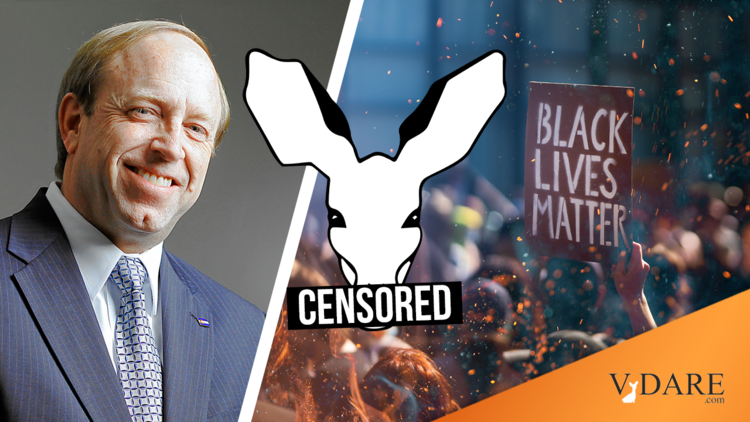