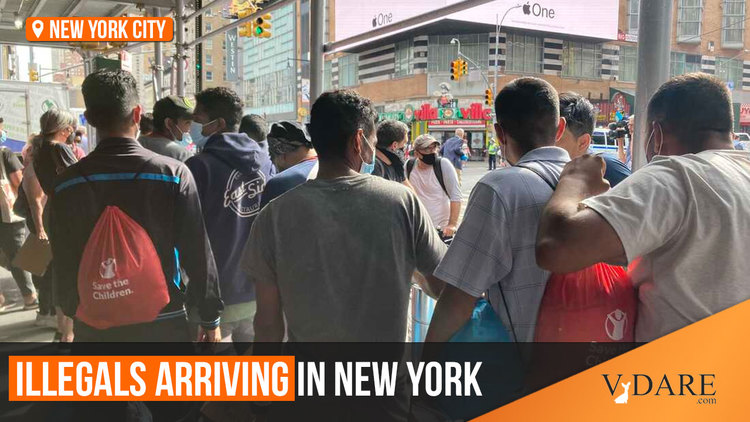 New York City Progressives have got new pets. Progressives derive their spiritual nourishment from there being some population of poor people on whose behalf they can pose as humanitarians.

Back in the days when Marxism was taken seriously, the domestic working class filled that role. The working class, however, turned out to be a disappointment. They didn’t want revolution and they didn’t much mind capitalists getting super-wealthy so long as they, the working class, could live in a stable society under rule of law, with the opportunity to attain modest prosperity doing useful work, with decent provision of education and healthcare.

The disappointed Progressives turned to blacks as a group they could patronize. That didn’t work too well, either. Instead of being grateful to the patronizing Lefties, blacks felt, well, patronized and resentful.

And it turned out a lot of them didn’t like whites very much, or the nation they found themselves living in. As one of them told his followers: ”God damn America!”

What should Progressives do to be saved? What race or group can now serve as a backdrop for their humanitarian posturing?

The Biden administration, which is Blue State Progressivism enthroned, has given us a clear answer. Illegal aliens are the new proletariat, the new Negroes.

Progressives can’t get enough of them; they can’t do enough for them. This is exceptionally clear in today’s New York City.

Here’s a guy with a beef. The guy’s name is Daniel Barber, a black American, pictured below.

NYCHA president: Barber, 53, who represents NYC Housing Authority’s 339,000 tenants, said, “The city is going to put forth a ton of money for these people who aren’t even citizens, but they forgot about the people who live in public housing right here.” https://t.co/E75lZzDrJj

Mr. Barber is an advocate for New York City’s public housing tenants, of whom there are a third of a million.

That twangs my heartstrings some. I spent most of my younger years, ages 3 to 18, in public housing… in England, not New York City. 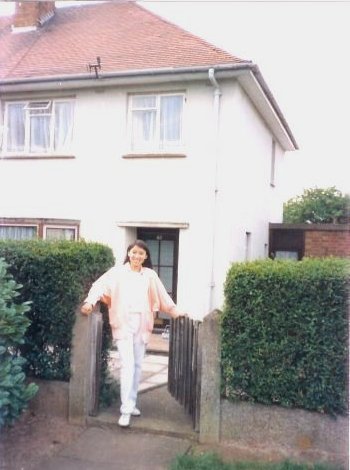 What’s Daniel Barber’s beef? His beef is that New York City is handing out city services—shelter, education, job training, health care and legal aid—to illegal aliens at a rate of, according to the city’s budget office, six hundred million dollars a year.

With an estimated seventeen thousand illegal aliens in the city, that’s better than $35,000 dollars per illegal per annum.

New York’s public-housing tenants, by contrast, got $774,000 for support services in 2021. Since there are 339 thousand of them that’s only two dollars twenty-eight cents per capita… somewhat of a difference.

Yeah, sure: not many public housing tenants depend on city welfare programs. They’re working or on federal welfare programs; they get health care coverage from employee insurance or Medicaid; their kids’ education is separately funded, and so on. Still, six hundred million is a lot of dollars for criminal invaders, however often the New York Post refers to them as ”asylum seekers.”

You can see why Mr. Barber is vexed.

In October, the city built a special tent community on Randall’s Island to house 500 migrants, but the controversial facility, which cost $16 million, was shut down this month. Many of the migrants arriving now have been moved to a series of shelters and hotels where they are being helped with education and job training.

The main reason New York City has so many illegal aliens is that Texas Governor Greg Abbott has been busing them up here since the summer on the very reasonable grounds that, since the mass illegal entry of foreigners is a national problem, it ought to be visible everywhere, not just in border states.

Progressives regard this as heartless and cynical. They want to patronize their victim class from a distance, not up close; just as their spiritual forebears, 19th-century abolitionists, wanted blacks to be freed, but to stay in the South.  See Cotton and Race in the Making of America: The Human Costs of Economic Power, by Gene Dattel, 2011, in which Dattel wrote:

[Reconstruction-era] Republican congressman Samuel W. Moulton of Illinois supported civil rights legislation to contain freedmen in the South. He was quite explicit: “Whenever the colored man is completely and fully protected in the southern states he will never visit Illinois, and he will never visit Indiana, and every northern state will be depopulated of colored people as will be Canada.” [My italics]

That means that, starting December 21st, it will be even easier to cross the border and stay here than it has been this past two years.

Would-be illegals have gotten the message. They’re massing on the Mexican side of the border [‘Avalanche’ of immigrants preparing to enter US when Title 42 ban is lifted, by MaryAnn Martinez, New York Post, November 25, 2022].

And that means New York City will be budgeting a lot more to help illegals find work, schooling, and healthcare, and correspondingly less on residents who are U.S. citizens or legal aliens.

Wealthy progressive New Yorkers like Chuck Schumer will be delighted.

City residents in public housing will wonder who gives a damn about them.

Readers who wish to donate (tax deductible) funds specifically earmarked for John Derbyshire’s writings at VDARE.com can do so here.