MEMO FROM MIDDLE AMERICA: No, The Spanish Did Not Invent Thanksgiving. The English Did.

Earlier: VDARE.com, Unlike The NEW YORK TIMES, Wishes Happy Thanksgiving To All Our Readers!

America’s Cultural Marxists wage their War on Thanksgiving on many fronts. The really crazy radicals want to make it a Day of National Mourning, while others have adopted a more modest, incremental approach, like banning children from wearing the traditional garb of the Pilgrims, the people most Americans correctly associate with the national celebration [Thanksgiving lessons jettison Pilgrim hats, welcome truth, by Collin Binkley, Washington Times, November 24, 2020]. And, as part of the Left’s campaign to Elect A New People, others want to rewrite the history of Thanksgiving by Hispanicizing it.

No longer are we to believe the First Thanksgiving was the day the Pilgrims cooked up a big meal with the Wampanoags in 1621, a year after the Mayflower landed at Plymouth Rock. Rather, the first Thanksgiving occurred in El Paso, Texas, in 1598, or in St. Augustine, Florida in 1565. The Pilgrims were nearly 25 or even 50 years late!

Let’s travel back in time to El Paso first. 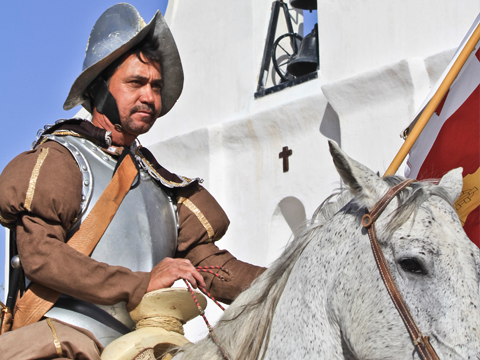 The first Thanksgiving wasn’t celebrated at Plymouth Plantation—it happened right here on the Borderland. That is the concept behind The El Paso Mission Trail Association’s yearly reenactment of the festivities. This historical portrayal commemorates the arrival of the first Spanish settlers in this area in April 1598. A company of costumed actors and dancers represent the Native Americans and Spaniards, who give thanks and celebrate after their perilous crossing of the Chihuahuan desert and arrival at the banks of the Rio Grande.

So there you have it.  Forget the hardy Calvinists. The Spaniards and their Indian allies in pre-Texas Texas gave thanks 22 years before the Pilgrims.

Not to be outdone, the Spanish edition of The Local, a website for English-speaking expatriates in Europe, has put the First Thanksgiving even earlier, in St. Augustine, Florida:

As people all over the United States sit down to carve the turkey and remember the pilgrims who sat down for Thanksgiving in 1621 they may be surprised to learn that they are in fact celebrating the wrong date entirely.

[Forget the pilgrims: Spaniards were the first to celebrate Thanksgiving, by Jessica Jones, Nov. 27, 2019]. 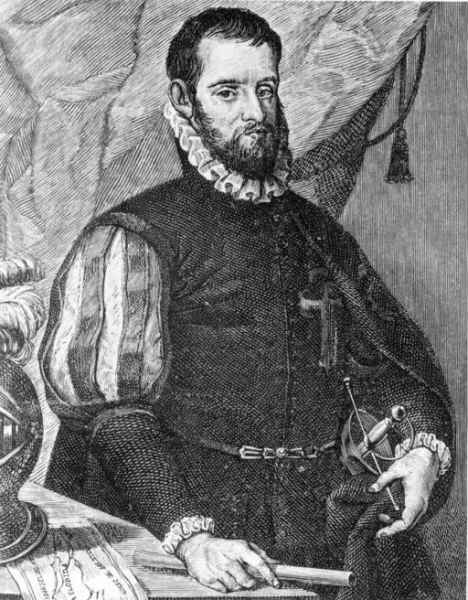 It was not the English pilgrims in their wide-brimmed hats who celebrated the first Thanksgiving, but Spanish explorer Pedro Menéndez de Avilés and 800 soldiers, sailors and settlers.

Even better, the real First Thanksgiving had superior food:

They [the Spaniards] attended a special thanksgiving mass before sitting down together with local Native Americans for a thanksgiving feast, according to Kathleen Deagan, research curator emerita of historical archaeology at the Florida Museum of Natural History. And far from the traditional turkey, the first Thanksgiving feast included salted pork and typical Spanish products such as red wine, olives and chickpeas.

Good enough? The conquistadors sat down with the local Indians and broke bread!

The problem with Jones’ story is not that it reveals some little-known real history. Rather, it uses that real history to push a revisionist agenda.

But how has this important part of US history been forgotten?

In part, it is because over the centuries the history of the United States has been heavily Anglicized, with America’s origins viewed as primarily British.

But historians did not “heavily Anglicize” our past by writing a false account of the country’s origins. It was not just “viewed as primarily British;” it was “primarily British” (strictly speaking, English).

Some people don’t like that, and so they rewrite the history as Jones does:

“The fact is, the first colony was a melting pot and the cultural interactions of the many groups of people in the colony were much more like the US is today than the British colonies ever were,” Gifford Waters, historical archaeology collection manager at the Florida Museum, told the University of Florida news.

No, that’s not a “fact.” The “first colony,” if he means St. Augustine, was Spanish and Indian, hardly a melting pot. And Florida was not one of the original 13 British colonies that declared independence from, well, Great Britain.

But then Waters divulges the reason Americans must be conned into rethinking Thanksgiving:

“[T]he first Thanksgiving is especially important, since there is a growing Hispanic population in the U.S. and the role of the Spanish colony in La Florida is often neglected in the classroom," he added.

You see what he’s doing: Rewriting the history about Thanksgiving to exaggerate the contribution of Spaniards and St. Augustine to our past, which in turn rationalizes the growth of this country’s Hispanic population, thanks to Open Borders and out-of-control immigration.

I’ve visited St. Augustine, an interesting place that was indeed, founded before Jamestown and Plymouth Rock.

But neither St. Augustine nor Florida in general  were part of America’s founding in the early 17th century. They played no role in the development of its laws or state and federal constitutions.  Florida wasn't even  under U.S. control until 1821.

English colonists founded the America as we know it, later expanded to include areas colonized previously by the Spaniards, including Florida and the Southwest. Indeed, Florida became a territory and state only after British and Scots-Irish settlers moved there, and the United States took control. Its military governor was Andrew Jackson, who fought the Seminoles.

So yes, the Catholic Spaniards in St. Augustine and El Paso did give thanks to God. But the American festival as we know it is based upon the Pilgrims’ Thanksgiving feast in 1621.

For the record, Virginians claim the first Thanksgiving was at Berkeley Hundred Plantation in 1619, which might mean some of this “We-Had-the-First-Thanksgiving” debate is provincial tourist boosterism. But that too was a strictly English affair.

And if you de-Anglicize America, what do you have left?

The crudest way to delegitimize the Pilgrims and Thanksgiving is to start yelling about genocide and even physically attack Plymouth Rock, or ban Pilgrim costumes for school kids.

Most Americans don’t buy that.

Another ham-handed approach: calling the Pilgrims “refugees” or “illegal immigrants,” instead of what they were—settlers. Calling them illegals or refugees conscripts them for The Great Replacement. After all, if the country’s original white settlers were really unwanted newcomers, surely we cannot deny the latest newcomers, Hispanics or even Muslims, a seat at our Thanksgiving table.

Most Americans probably don’t buy that one, either.

But rewriting our Thanksgiving story— a primordial American celebration created by our English forebears—is more subtle, and thus, much more dangerous. The rewrite is justified with a patina of scholarship. Thus, we hear from “historians” and “archaeologists.” And so Americans are more likely to accept it.

“He who controls the past, controls the future,” George Orwell wrote, something Communist “historian” Howard Zinn understood when he  set out to destroy the reputation of Christopher Columbus.

“[H]istory is incredibly important,” he said, “in shaping the world view of the next generation of people.”

That’s why we’re now getting this annual retconning of Thanksgiving, along with outright war against it.

Enjoy Thanksgiving Day, the way it was meant to be enjoyed, with turkey and all the fixings, and stories about the English Pilgrims who landed at Plymouth Rock.