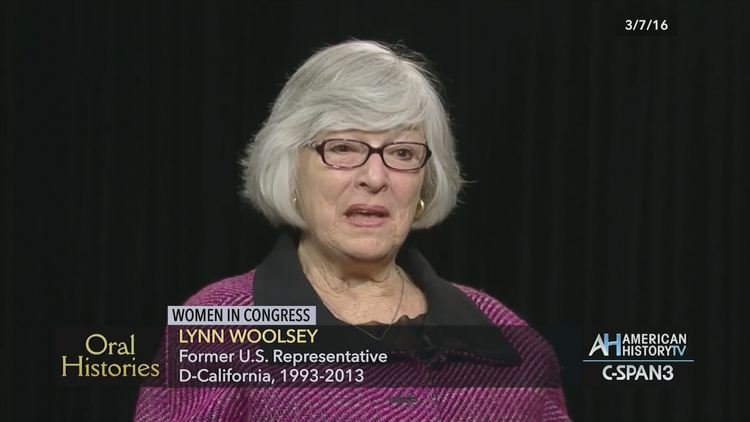 Rep. Woolsey To Constituent: Some Rapes Are More Equal Than Others

If California Representative Lynn Woolsey were a Republican white male, feminists would be picketing his office, Democratic National Committee chairman Terry McAuliffe would be calling for his immediate resignation, and the New York Times would be in full editorial lynch mode.

But luckily for Lynn Woolsey, she is a card-carrying member of the untouchable ultraliberal women's brigade.

This prominent Democrat's reprehensible behavior in a recent rape case has been buried by the national press and National Organization for Women elites.

Here's what they won't tell you:

Last July, a 20-year-old thug named Stewart Pearson soaked a rag in toilet bowl cleanser and Ajax and used it to smother 17-year-old Tina Phan while she was sleeping in her Terra Linda, Calif., home. Tina gasped, trying to fend off Pearson, but he wielded a knife and overpowered her. Pearson raped and brutalized her. According to Phan, Pearson told her he had committed the same crime before and planned to do it again.

Enter Rep. Woolsey. As first reported by the Marin Independent Journal, the outspoken feminist and anti-violence-preaching Democrat attempted to intervene in the case. She used her official stationery to send a letter to the local presiding judge in support of…the convicted rapist. [Woolsey's pitch for rapist questioned By Jennifer Gollan, Marin Independent Journal, February 07, 2004]

In a bleeding-heart plea for leniency, Woolsey wrote:

"Stewart Pearson is a young man from a supportive family. I believe he has a promising life ahead of him, and I urge you to consider these factors when deciding on a suitable sentence."

Woolsey noted further that Pearson had volunteered for her campaign, as if stuffing envelopes for Woolsey somehow mitigated the violence he committed against Tina Phan—whose promising life Woolsey didn't bother to show an ounce of concern for at all.

Thankfully, the judge ignored Woolsey and sentenced Pearson to eight years in prison, the maximum allowed under a plea deal.

What explains Woolsey's soft spot for this violent sexual predator? Pearson is the son of one of Woolsey's aides.

Did she believe him to be innocent after carefully reviewing the facts of the case? "[I]n my mind, he is not a criminal," Woolsey told the Marin newspaper. Yet Woolsey never bothered to fill her mind with the truth. She admitted she "knew nothing" about Phan's rape case and "had no idea what the courts had found." (Spoken like a true Clinton defender and callous cronyist.)

The House Ethics Committee in Washington is probing whether Woolsey intervened inappropriately. But Woolsey is guilty of a far bigger sin—the fraud she has perpetuated in the name of her "progressive" ideology at the expense of teen-age rape victim Tina Phan.

Woolsey has continually raked in campaign cash based on her reputation as a tireless champion for women's and children's rights. She lambasted college campuses for inadequate collection of rape and sexual assault data. She aggressively pushed for the Violence Against Women Act, the Domestic Violence and Sexual Assault Victims' Housing Act, the Stalking Prevention and Victim Protection Act, the Date-Rape Prevention Drug Act, the Protection of Women in Prison Act, and the Battered Immigrant Women Protection Act.

Woolsey has promoted women's rights in Afghanistan; called for stronger prosecution of rapists in East Timor; performed in the "Vagina Monologues" to show her solidarity with victims of rape, domestic abuse, and genital mutilation; and crusaded for the "United Nations Convention to Eliminate Discrimination Against Women" to show how much she cares for the oppressed women of the rest of the world.

Maybe if Tina Phan had been raped in a Third World country thousands of miles away and demanded a U.S. tax-subsidized abortion, Woolsey would have come to her aid.

Instead, when it came down to putting her high-minded liberal ideals where her mouth was, she betrayed an innocent young constituent without hesitation.

Phan has courageously gone public to hold Pearson and Woolsey accountable for their actions.

Her congresswoman, Phan blasted over the weekend, "represents the rapist who took advantage."

Lynn Woolsey, The Rapist's Representative. Liberal hypocrites in Marin County will probably forgive her. For Tina's sake, the rest of us should not let her forget.

(E-mail the Rapist's Representative at lynn.woolsey@mail.house.gov).