Henry Eustace McCulloch
A+
|
a-

See also Immigration, Innumeracy, And The Case For Impeaching Judges by Peter Brimelow

President Donald Trump was recently acquitted in the most abusive impeachment trial in American history. The affair was a crazed Ruling Class attack on the U.S. Constitution with the fanatical support of  its MSM handmaidens, who began planning for it even before he won the GOP nomination [Could Trump Be Impeached Shortly After He Takes Office? by Darren Samuelson, Politico, April 17, 2016]. Yet good can still come of it if it helps Americans to start thinking about impeachment the way they should: as a powerful check on overmighty and corrupt Federal officials—which means most notably the legislating Leftist judges known here at VDARE.com as Kritarchs. 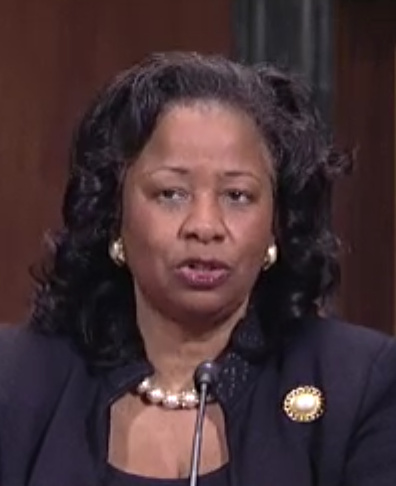 Example two: U.S. District Judge Charles Breyer, appointed by Bill Clinton, ordered a deported illegal brought back from Africa because he didn't like how he'd been deported.

Contrary to what the MSM might suggest, the impeachment power isn’t just a constitutional remedy for presidential misconduct:

The President, Vice President and all civil Officers of the United States, shall be removed from Office on Impeachment for, and Conviction of, Treason, Bribery, or other high Crimes and Misdemeanors. (emphasis added)

And in fact impeachment, history shows us, has been used against Federal judges far more often than against presidents. As of the beginning of 2020, 66 judges had been investigated for impeachment since the ratification of the Constitution, and only seven removed. (Black judge Alcee Hastings, removed in 1989, went on to be a congressman from Florida’s majority-black 20th District.) Only three presidents have been impeached: Andrew Johnson, Bill Clinton, and, of course, Trump.

This is noteworthy because Federal judges routinely and flagrantly abuse their office and power in ways Donald Trump wouldn’t dream of. Reps. Adam Schiff and Jerry Nadler and their impeachment cabal gave them some competition, but in the high crimes and misdemeanors sweepstakes, America’s Kritarchs have been winning for at least a century.

The United States has a long and sorry history of judges overstepping their bounds and legislating unconstitutionally from the bench. VDARE.com has covered the Supreme Court lowlights that contribute so materially to America’s immigration disaster:

One could go on…

Will either the Legislative or the Executive Branch rein in the Kritarchs? Right now, there’s little evidence either has the stomach for it, although President Trump would have been entirely within his constitutional rights simply to ignore Federal judges’ attempts to suppress his travel bans and other immigration initiatives.

So, thanks to congressional and presidential weakness, unelected lawyers—who cannot be fired or have their pay cut—rule much of American life. The Kritarchs rule by fiat, immune to political pressure or the popular will. Or so it seems.

Cannot be fired? Not quite. Impeachment can take care of that.

Of course, that misconduct must indeed be serious, and to date, those Federal judges who have been impeached, convicted, and removed from the bench were impeached for criminal conduct off the bench. That appears to make impeaching and removing a judge for unconstitutional rulings, however blatant, very difficult.

Difficult, yes, but not impossible.

President Trump’s impeachment trial comes in useful here. It explored whether conduct must be criminal to be impeachable. The Constitution does not answer that question, and impeachment has always been considered a political process.

Democrats argued that President Trump’s conduct on his phone call with Ukrainian president Volodomyr Zelensky was a crime because Trump asked his counterpart to probe the Biden-Burisma influence-peddling scandal. But, as the weakness of that argument became more obvious, they claimed Trump committed criminal “obstruction” for asserting executive privilege in refusing to turn over documents. Then they pretended that, even if what they alleged wasn’t criminal, it somehow constituted an “abuse” for which he should be removed from the Oval Office [Trial Memorandum of President Donald J. Trump, WhiteHouse.gov, January 20, 2020].

So we now have prominent Democrats on the record stating that Federal officials can be impeached and removed for conduct that is heinous but not criminal—i.e., that the “other high … misdemeanors” mentioned in Article II, Section 4, need not be statutory crimes.

Thus, by the Democrats logic, Federal judges who grossly abuse their authority by issuing unconstitutional opinions and legislating from the bench can be held to account through impeachment.

No less a constitutional authority than Harvard’s Alan Dershowitz, arguing in Trump’s defense, acknowledged that misconduct that is technically not criminal might nevertheless be impeachable if it is “criminal-like” [Alan Dershowitz Defense Argument Transcript: Trump Impeachment Trial January 27, Rev.com, January 28, 2020].

That standard surely applies to judges whose rulings obstruct justice by impeding and preventing Federal officials from discharging the duties of their office, not least with respect to immigration enforcement. That is a crime. [18 U.S. Code § 372. Conspiracy to impede or injure officer] Dershowitz’s point, clear enough to anyone paying attention, although Democrats and Republican Sen. Mitt Romney pretended not to get it, is that Trump’s conduct at issue in the impeachment trial didn’t meet even that looser standard.

By that interpretation, Federal judges who grossly abuse their authority by issuing unconstitutional opinions and legislating from the bench can and should be held accountable through impeachment.

What might constitute a new impeachment-worthy abuse of power? Example: Federal judges, whose opinions have no force outside their districts, are issuing “nationwide injunctions,” often in immigration cases. Kritarchs Derrick Kahala Watson in Hawaii, Theodore Chuang in Maryland, both appointed by Obama, and James Robart in Washington State, appointed by George W. Bush, all enjoined Trump’s lawful travel bans. Although the U.S. Supreme Court eventually  corrected their manifest errors, these judges who have impeded the president’s faithful execution of the laws suffered no consequences.

But leaving their highhanded lawlessness unpunished encourages other judicial legislators who don’t feel bound by their constitutional oaths. Thus did we get the February 6 decision from Briggs in North Carolina that I noted above. The judge blocked the administration from adjusting rules that bar international students who overstay visas from re-entering the United States.

Unless lawless judges pay a price for judicial misconduct, they will continue to frustrate the president and Congress in the lawful performance of their duties.

In the case of immigration, their usurpation of authority increases the danger to Americans from unvetted foreign nationals entering the United States, some of whom are Mexican cartel assassins, MS-13 gang-bangers, and Muslim terrorists—to say nothing of furthering the Democrats’ treasonous ambition to swamp the Historic American Nation and elect a new people through legal and illegal immigration.

The Constitution requires Congress to provide for the common defense and general welfare of the United States. The Constitution requires the president to take care that the laws are faithfully executed, and to protect each of the states against invasion. Federal judges who issue nationwide injunctions or otherwise prevent the president and his duly constituted immigration officials from performing their duties should be impeached and removed.

President Trump should direct his attorney-general to make the case for impeaching those judges to the House of Representatives, complete with draft articles of impeachment, and have officials prepared to testify in the Senate about the harm those judges have caused.

The Democrat-controlled House will not, of course, impeach Federal judges who do their bidding. That will make the case for Republican takeover of the House and for Trump’s victory on November 3 all the more powerful.

Depend upon it, if Federal judges knew they might be impeached, it would concentrate their minds wonderfully.

Henry Eustace McCulloch [Email him] is a American lawyer.