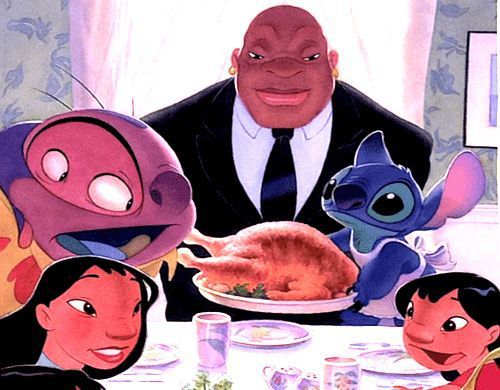 Thanksgiving And Your Father’s America

How time flies! It seems like less than a month ago, we were having the War On Halloween, and now it’s time for War On Thanksgiving!

Below, the cover of the New Yorker, which celebrates actual Indians, while hating on Redskins fans—and the Pilgrim Fathers, and the historic American nation. 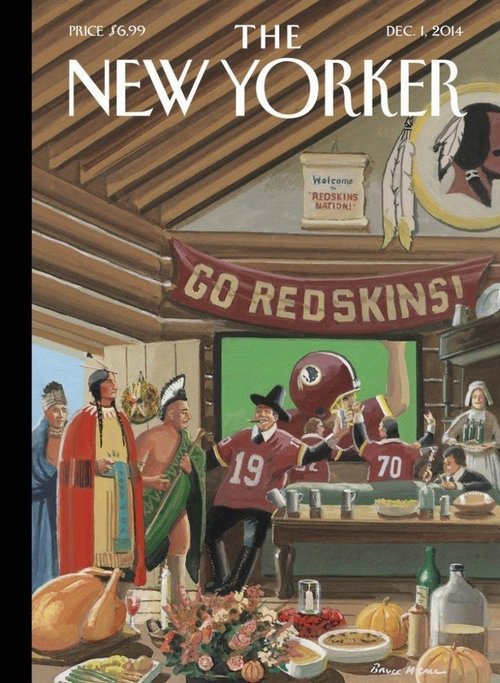 BENEATH THE COVERS: The real story behind The New Yorker’s Thanksgiving/Redskins cover ['So arrogant and clueless' a mascot 'that it lends itself to some kind of exposure'] By Michael Cavna, Washington Post, November 24, 2014.

This, and the usual stories about American Indians who express their extraordinary lack of Thankfulness at this time of year, are a part of the attack on America, defined by the popular expression “Not Your Father’s America”.

Below is Norman Rockwell’s 1944 painting Freedom From Want, showing an American family celebrating together. 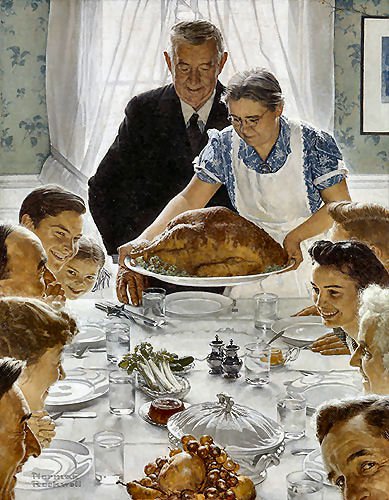 Freedom From Want is a triumph of white-on-white painting (tablecloth, plates, napkins, curtains and so on). But what would strike a modern-day Main Stream Media editor is that the family is extremely white.

Thanksgiving is a holiday about family, and most Americans, if faced with a choice of being home for Christmas or Thanksgiving, will choose Thanksgiving. The idea is that there aren’t, or shouldn’t be, families like the one in the picture.

You can see the turkey platter brims over what artist Moore insists are health care supplies—which is good, because if they were illegal drugs, that would be racist. (1994 was the year of the Hillarycare debate.) 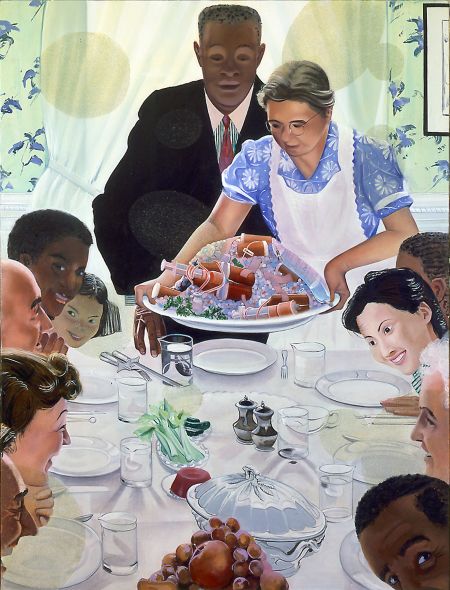 And this is an even more multicultural example, from the ending of Disney’s Lilo & Stitch. 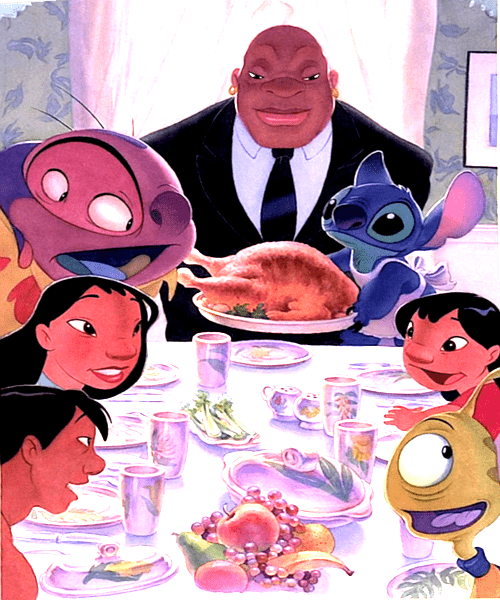 Norman Rockwell, as representing explicitly “your father’s America” is much hated by the intelligentsia.

In an episode of The Simpsons titled "Home Away from Homer," Homer Simpson’s goodie-goodie neighbor Ned Flanders decides to move from Springfield to Humbleton, Pennsylvania—the place where they allegedly make those, you know, adorable figurines—and explains his decision with the typically post-modern comment that "I wish I lived in a place more like the America of yesteryear that only lives in the brains of us Republicans."

Of course, no real-life equivalent of Ned would say such a thing. The supposed non-existence of "the America of yesteryear" is by now a familiar left-wing trope the whole point of which is that people like Ned are pitifully deluded for believing that it existed in reality and not just "in the brains of us Republicans." Putting such a self-contradiction into his mouth is thus an implicit acknowledgment by the always cutting-edge Simpsons writers that the myth of the non-existent American past has itself assumed mythic status by now.

How delicious to think that the myth of the myth should henceforth be obliged to don the same quotation-mark epaulettes as the myth itself.

But the news seems to have passed by Mr. Blake Gopnik whose review in The Washington Post this past summer of an exhibition of the art of Norman Rockwell at the Smithsonian Museum of American Art slammed the long-dead celebrity "illustrator" (as Rockwell called himself) as the perpetrator of "an art of unending cliché."

Our Norman Rockwell and Theirs, By James Bowman, The American Spectator, October 31, 2010. [Link in original]

The thing is, the America of yesteryear not only did exist, but it still does. And most family gatherings in America are as monocultural and monoracial as the original Rockwell picture.

Which is to say, the second picture above is almost as much a fantasy as the third.

Self-segregation is a major fact of American life, for both liberals and conservatives. At Unz.com, Gene Expression blogger Razib Khan pointed to a survey question, the “RACHOME variable,” in the General Social Survey.

Asked between 1974 and 2006 it is as follows: “During the last few years, has anyone in your family brought a friend who was a (negro/black/African-American) home for dinner?” This is a very broad question. … You can see that over the past 30 years more and more white people of all ideologies can say that they’d have a black friend over for dinner in the past few years. But it still remains the fact that ~50% of white liberals and conservatives haven’t had a black friend over for dinner in a span of years. [Emphasis in original] The Personal Is the Racist, April 23, 2014

I assume they ask “negro/black/African-American” families—the terminology changed over 40 years of surveys—the same question. But perhaps not. However, if you’re looking for your father’s America, you’ll likely find it at your own family home this Thanksgiving.

VDARE.com wishes a Happy Thanksgiving to all our readers.