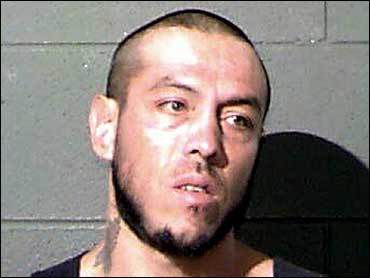 If you've heard about the Chicago Warehouse Shooting today, you should know that the gunman was named Salvador Tapia, according to the New York Times and others, which means that the headline in a Reuters story I found on South Africa's Independent Online web site, American gunman kills six co-workers, may not be correct.

It's quite likely, (I'm stereotyping, here) that a headline like "Immigrant Gunman kills six (now seven) Americans" would be more accurate.

If so, wouldn't if be fun to see reporters harassing the Mexican Consul the way they usually harass the NRA and the gun manufacturers after a school shooting? Never happen, though.

Of course, I don't know that Tapia was an immigrant. It's reported that he'd been arrested at least a dozen times in Chicago in the past, which would, in a sane world, would suggest that he's a native-born undeportable American citizen.

Otherwise he would have been deported, no?

Reference the above piece using this permanent URL: /articles/the-fulford-file-by-james-fulford-106#gunman

In September of last year, our Allan Wall did a piece called For Fox, Some Dead Mexicans More Equal Than Others, detailing the hero's funeral given to Javier Suarez Medina, who was executed for killing a Texas police officer, and the efforts made by El Presidente and his diplomatic corps to exempt Mexicans in America from the death penalty.

The "others," not so important to Senor Fox, are the Mexican and Mexican-American victims of Mexican criminals in the Southwest.

Mexican residents of Texas have started to complain about the Consuls. They want to know why Crime victims suffer as accused receive aid," as the Houston Chronicle put it recently,

"A thief stole a woman's purse and she screamed. Her husband gave chase. The thief shot the husband, who fell dead as his wife watched.

"Both the killer and the victim in that north Houston shooting two summers ago were citizens of Mexico. Yet, in the ensuing months, the Mexican Consulate here helped the killer while doing nothing for the victim's family.

"'Why does the government (of Mexico) help the murderer and not me'" the widow, Marlen Sosa Velasquez, 22, asked recently. 'I'm the victim.'"

A good question. The answer is that the Mexican government opposes capital punishment in principle, because they made themselves give it up in 1929, after horrors like the execution of Father Pro.

Another story about recent story on the same theme says that:

"Last December, after prosecutors announced that they would not seek the death penalty against Guerra, the Mexican government issued two press releases boasting of its role in keeping the accused killer off death row. Mexico abolished capital punishment in 1929 and it works hard to keep its citizens off death row."

Why is it that in Texas, if you commit murder, you can be executed, but in Mexico, you can't even be imprisoned for life? Because Texas is a democracy - in which the citizens believe in, and require justice.

In Mexico, the ruling class don't trust the government, and each other, with this kind of power.

I don't blame them.

Mexicans in the United State do not have all the rights of American citizens. This goes double if they're illegal.

But they do have the right to justice, and that means that their murderers should be punished with the same severity as if they were Americans killing other Americans.

If Fox and his diplomatic stooges ask why, President Bush should tell them: "It's a free country."

Reference the above piece using this permanent URL: /articles/the-fulford-file-by-james-fulford-106#consuls