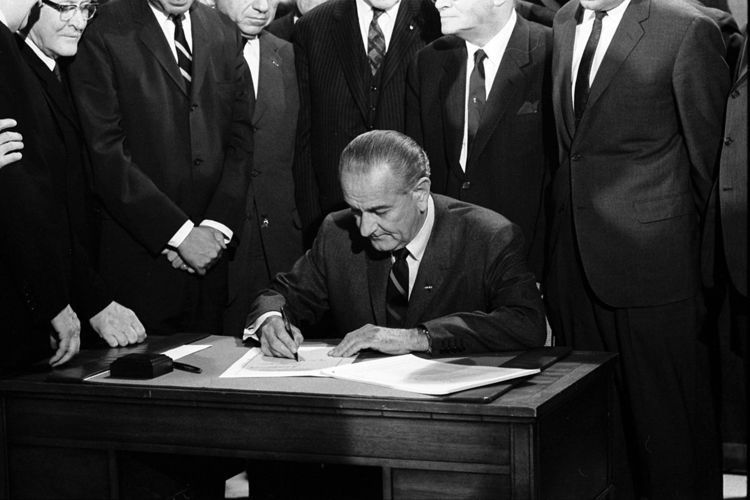 Ramesh Ponnuru has a piece in the latest National Review (dead tree version) in which he seems to be apologizing for crimes of which he himself is not guilty. The Right's Civil Wrongs—On the intellectual roots of a troubled legacy, June 21, 2010 [Subscriber link]. You can see some of his argument here in NRO's Corner blog.

Ponnuru is from Prairie Village, Kansas. His parents were, I believe, first generation immigrants from the Indian subcontinent. This makes him Not Guilty of segregation, and all the other sins of Jim Crow America, which includes the denial of voting rights.

I understand that Ponnuru deprecates arguments based on what the President calls "Race And Inheritance"—he is, after all, the author A Conservative No More, The tribal politics of Pat Buchanan, October 11, 1999.

But there it is—when we see, for example, Ponnuru arguing in favor of a modified limited enforcement with Shikha Dalmia, Reason's Indian-American immigration enthusiast, we can't help wondering if this argument couldn't use some regular Americans in it.

Dalmia:"Regardless of what defenders of the law claim, this can't help but lead to racial profiling of brown-skinned, non-blue-eyed furhners (like Ramesh and myself) who speak with an accent (unlike Ramesh, but like myself)…"

Maybe, but what's her point? There are twenty million illegals currently in the United States—foreigners who are here legally should be expected to prove it. 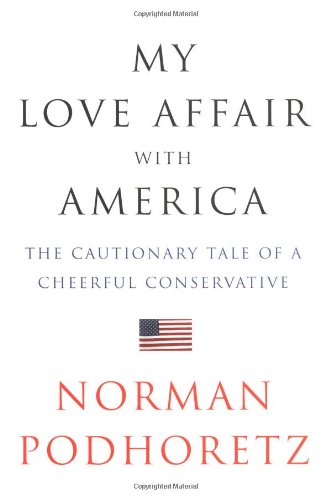 In My Love Affair with America, Norman Podhoretz, whose father was an immigrant, wrote of his generation's feeling of disconnection with the historic American nation:

"I could never quite get over the feeling that I was not as 'real' an American as someone whose people had come here earlier than mine. Sometimes I would joke about this, as when, in the early days of our marriage, my wife, who wrote (and still does) under the name Midge Decter, and I drove one summer Fort Ticonderoga in upstate New York to visit what we thought of as an American shrine. But as we approached the gate, the first thing we saw was a sign informing the public that this was the site of several major battles in the French and Indian wars of the 1750s. 'The French and Indian wars?' I burst out in mock indignation, 'what's that got to do with me?' At this, in our ignorance, both giggled, and in an antic gesture of protest I turned the car around without ever entering the fort. "

It would never have occurred to Podhoretz, as it did to Edmund Wilson, that he owed Apologies To The Iroquois. (Wilson was wrong—the Iroquois were brutal, murderous, warriors, who wouldn't have asked you to apologize—like a Bond villain, they would just ask you to die.)

This disconnect, rather than the simple passage of time, is probably why Ponnuru refers to the Goldwaterites as "they".

"They also erred about the Constitution, even as they, like Paul, urged restraint in its name. Too many conservatives in the Sixties treated the claim that the Fourteenth and Fifteenth Amendments to the Constitution are not valid law as though it were a serious argument. But even those who were immune to this kookery acted as though the enactment of these amendments had changed nothing.

However, Ponnuru thinks that the Civil Rights Laws, including the ones that invaded private property rights, and destroyed States Rights were necessary to break the Southern resistance to integration. He thinks this is an important goal, presumably at least in part because of his own marginal ethnicity.

The Supreme Court in Plessy had struck down the Civil Rights Act of 1875 because it seemed that the amendment only applied to the Government. But, according to Ponnuru,

"Its reasoning was too narrow, as should have been apparent by the 1960s. Jim Crow was a deeply rooted social system with many facets that blurred the private-public distinction. Governments discriminated against citizens, and ordered the private sector to discriminate. Privately organized terrorism was allowed by the state. It was entirely reasonable for a constitutionally conscientious legislator to conclude that the only way for Congress to enforce the guarantee that states offer equal protection to all citizens was to uproot the whole system: Force the states to allow blacks to vote; require hotels and theaters to treat customers without regard to race; ban employers from considering race as well; end every part of the system that could be ended. "If this reasoning suffices to overcome constitutional scruples about the legislation, it should also suffice to overcome libertarian ones."

But maybe "this reasoning" shouldn't have overcome constitutional scruples—the side effects of federalizing every lunch counter in American have been horrible. (How did the Supremes justify "lunch" as interstate commerce? Simple, they looked at the shelves in restaurants, and saw cornflakes from Battle Creek, Michigan, and chocolate bars from Hershey, Pennsylvania. Bingo! Interstate commerce.)

Does Ponnuru actually know what modern civil rights law is? Or what effects it has had on society?

The basic point here: even allowing the basic injustice of segregation and voting rights discrimination, everything that that principled critics of Civil Rights legislation, from William F. Buckley, (before he changed ) and Barry Goldwater, to Frank Meyer, who criticized Jim Crow and the civil rights laws in the same 1963 National Review column, has come true.

So have a surprising number of the horrors that the actual segregationists expected.

Ponnuru is wrong. Rand Paul is right. (Or was, before he backed off). So was Goldwater.

Email Ponnuru. Or not, if you don't think he's worth it.