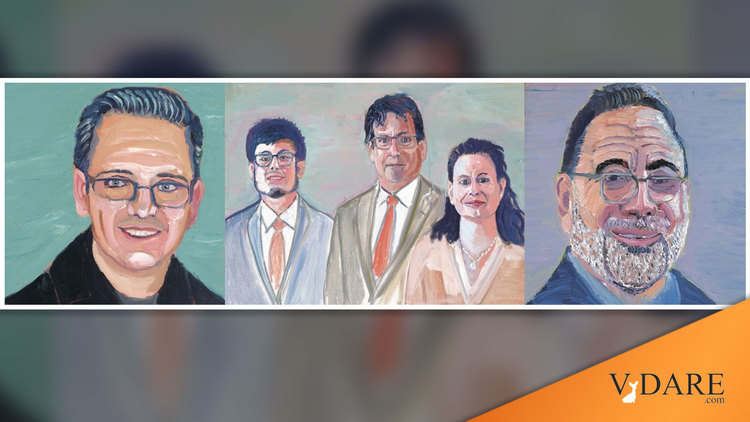 Earlier: Dubya Memoir Shows He Never Understood Immigration (Although His Nanny May Have) 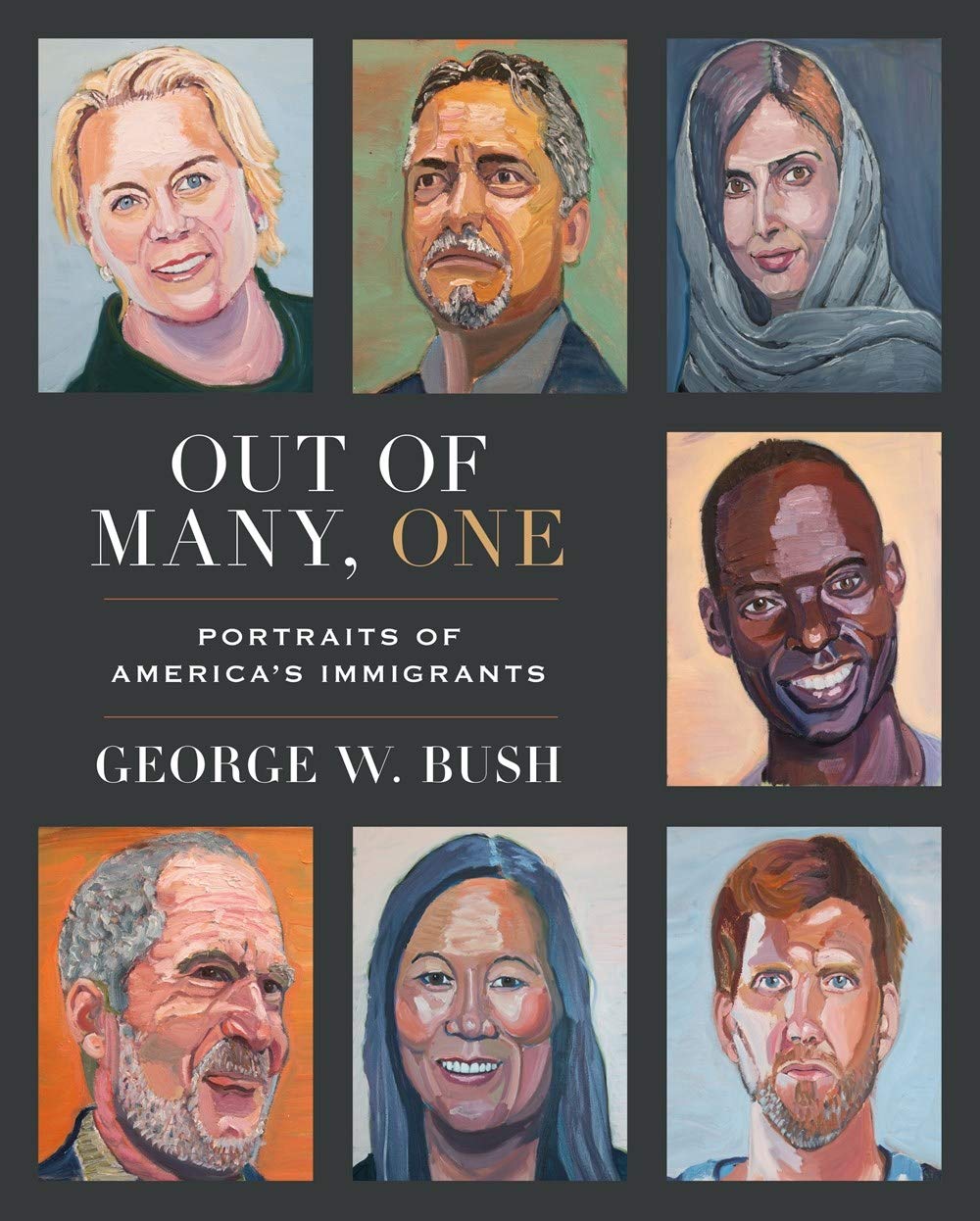 George W. Bush, like Winston Churchill before him, has become a Sunday painter in his retirement.  His latest book is an immigration-enthusiast tract called Out Of Many, One: Portraits Of America’s Immigrants. It arrogantly reveals that he is a facilitator of illegal immigration—which is, of course, a federal crime.

“Out of many one” is the American national motto E Pluribus Unum (on the Great Seal, etc.) which represented the union of thirteen separate states. But every one of them was occupied, in John Jay’s words, by “one united people—a people descended from the same ancestors, speaking the same language, professing the same religion, attached to the same principles of government, very similar in their manners and customs.”

In contrast, Dubya is celebrating an America that admits Somalis, Mexicans, Afghanis, Pakistanis, Ethiopians—oh, and Henry Kissinger and Madeline Albright, who apparently did that Secretary of State job that Americans wouldn’t do.

Only about a quarter of Dubya’s portraits are of whites.

Which is bad enough. But several of the “immigrants” Bush is celebrating were actually illegal aliens, including two literal wetbacks, and an entire family of visa overstayers.

Bush was an immigration enthusiast as President, famous for saying “family values don’t stop at the Rio Grande.” Of course this is not true: American family values do stop at the Rio Grande, on the subjects of child labor, sex with minors, crime in general, and endangering children’s lives in the cause of working illegally for the American dollar.

Bush tried very hard both before 9/11 [Abolishing America (contd.): Bush's Desperate Amnesty Gamble, by Sam Francis, July 19, 2001] and after [Amnesty For Illegals Still Under Bush's Blanket, by Sam Francis,  December 25, 2003] to legalize the uncounted (literally) millions of Mexican illegals in the US. But his Amnesty legislation failed spectacularly in Congress, when the Republican Senators who might have voted for it heard from their constituents.

Dubya’s motives for immigration enthusiasm: he’s a rich Texan, who likes the idea of cheap labor, and he has family connections, business and personal, with Mexico. (At a Bush 2000 campaign event, his Mexican-American nephew, George P. Bush, said of Bush’s Mexican-born sister-in-law Columba “She told me we have to fight for our race, we have to find the leaders who represent us”—but he said it in Spanish, so it’s not racist.)

Dubya meets a lot of immigrants, because he’s an immigration enthusiast, and his Bush Center post-Presidential Library actually holds naturalization ceremonies, something that can be done in any facility, including a fairground, but which seems somehow inappropriate in what might be seen as a partisan facility.

However, maybe Bush isn’t really a Republican any more. Maybe he never was.

You can watch below as Bush makes a speech to immigrants, again not many of them white, at the Bush Center.

Dubya’s accounts were to be inspiring stories of immigrants who have escaped the evils of bad foreign countries, although of course, many immigrants bring evils with them.

But what’s amazing in an ex-President who swore to uphold the law: how many of these immigrants, now citizens, are illegal immigrants, who entered the US to steal American money. 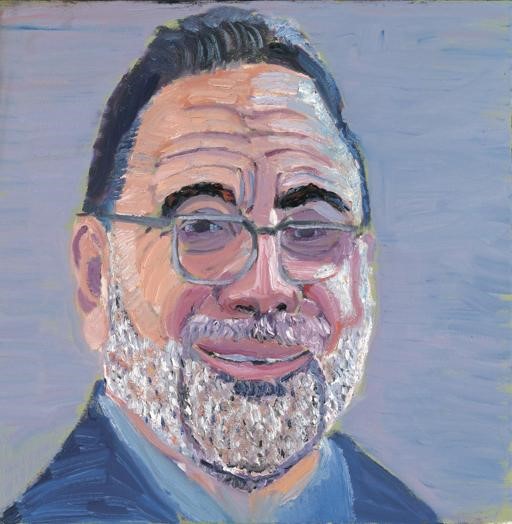 “I’d been thinking about the possibility of coming to the United States since I was twelve years old,” Alfredo says. At age seventeen, with borrowed money, he took a three-day bus ride to Tijuana and took the plunge. Literally. “It was during one of the worst floods that river had ever seen,” he says. “I will never forget the night we crossed. The river was wide; I thought, Are we going to drown?” To prevent that, the “coyotes”—the smugglers he had paid to cross—ordered everyone to take off their clothes and put them in a plastic bag on top of their heads. “We were in a chain, water up to our necks. We were pulling up girls who were falling down,” he told D Magazine in 2018.

Duarte [Email him] has since been legalized, and is the CEO of a $60 million company called Taxco Produce in Texas, an example of Mario Puzo’s epigraph to The Godfather  that “Behind every great fortune there is a crime." Duarte apparently became a legal permanent resident in 1985, and a citizen in 2016.

But at least when he was breaking into the US, and risking his life, and the life of others crossing with him, he was an adult. 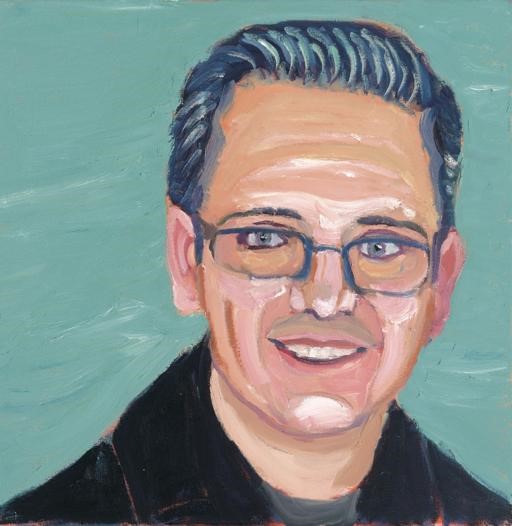 Mendez is a DREAMer, brought at the risk of his life when he was nine because his mother wanted to steal American money.

Carlos Mendez didn’t choose to come here illegally. “The thought never crossed my mind,” he says. He was only nine years old when his mother got on an inner tube, put Carlos on top of her, and floated across the Rio Grande. He is one of more than eight hundred thousand people known as “Dreamers,” who crossed the border as minors and grew up in the United States. Their legal status here, along with their identity, their dignity, and their future, is in limbo until Congress acts. I wanted to share Carlos’s story to illustrate the contributions Dreamers can make to the only country they know as home.

In the town of La Tinaja, Mexico, Carlos grew up the very definition of dirt-poor. There were no paved roads, and his toys consisted of old cans and marbles. “I remember my mother would build a small bonfire to keep me warm when I showered,” he says. “Although we always had a meal to eat, it typically consisted of beans, eggs, and soup. We would have meat once a week if we were lucky. My parents tried to have their own business several times, but things never seemed to work out.”

In 2000, Carlos’s dad decided he had to do better for his family. He went to Dallas and worked multiple jobs in restaurants, saving every penny he could. After about a year, he sent word for Carlos and his mom to head north.

“I remember traveling to the border, and I could see in my mother’s face how worried she was,” Carlos says. “She knew the danger we were facing.”

Carlos is actually still illegal, but has DACA papers, of which Dubya apparently approves. Carlos, unusually bright and academically inclined for a Mexican, has an MBA (your tax dollars at work) and would be able, presumably, to get a good job in Mexico City if he were deported.

But the main point, as I noted in a 2014 article called To End "Unaccompanied Minor" Scandal, Start Deporting Illegal (And Irresponsible) Parents, is that in a country where people will call the police if you leave your kids in the car for two minutes, we have no business allowing wetbacks to float their children across a deep river on an innertube.

What I also said:

CASE THREE: An entire family of Visa Overstayers and fraudsters from Peru—Dennys Hermoza, Samantha Tasayco, and their son Sebastian 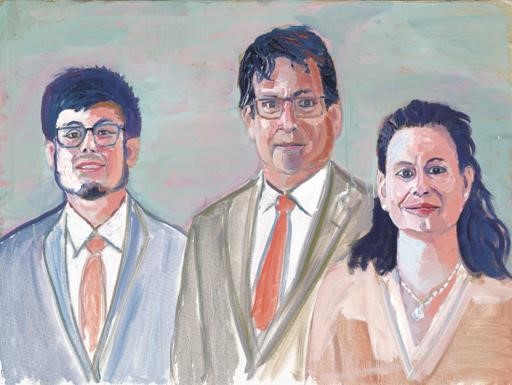 Their journey toward that day had started twenty years earlier in the Peruvian capital city of Lima. “Our country was going through some difficult times,” Dennys explains. “The economic situation was bad. I lost my job.

There was a point when I reached my limit and thought, We have to make a decision to leave. We have this chance, take it or leave it.”

“For our kids,” Samantha adds.

The Hermozas applied for a tourist visa. “The official looked at our papers and said, ‘I cannot give you that visa. With this amount of money, you can’t even go to Disney.’ And he just closed the file.” After some creative negotiating [emphasis added] they were granted a six-month tourist visa. Samantha, Dennys, and two-year-old Sebastian arrived in Plano, Texas, in July 1999. They settled into their new community and looked for work.

After six months, the Hermozas faced the kind of decision that torments many who come here: overstay their visa and knowingly break the law, or give up their new life and go back to Peru. They decided to stay. “We were thinking all the time that at some point there was going to be a fix…something to let us stay here legally. We were trying to be on the good side. We paid our taxes, didn’t get into trouble, worked hard, just focused on our family,” Dennys says.

Here are some things Dubya is overlooking:

Well, they’re now not only legal, but apparently they have at least two more citizen children.

There are other cases of visa overstaying, like Lev Sviridov, whose mother didn’t want to go back to Russia when there was an insurrection or something in 1993, and who got an asylum claim on that semi-dubious basis thanks to a Treason Lobby outfit called Human Rights First, helped by Human Rights First Emeritus Board Chair Tom Bernstein, who is apparently a friend of Dubya,  owing, I suppose, to the fact that Bernstein was, according to his bio,  from 1989 to 1998 “one of the principal owners of the Texas Rangers Baseball Club with the ownership group led by George W. Bush."

Then there are people who got in on Diversity Visas—an Iraqi translator who changed his name to Tony George Bush out of compliment to Dubya as the liberator of Iraq, Yuval Levin, born in Israel, whose father immigrated to the US in the 70s, now at AEI but formerly in the George W. Bush Administration. A total of 50 immigrants—most of whose immigration is, in my view, a net loss to the US, and a net gain only to themselves and of course, the Bush Dynasty, who get servants. 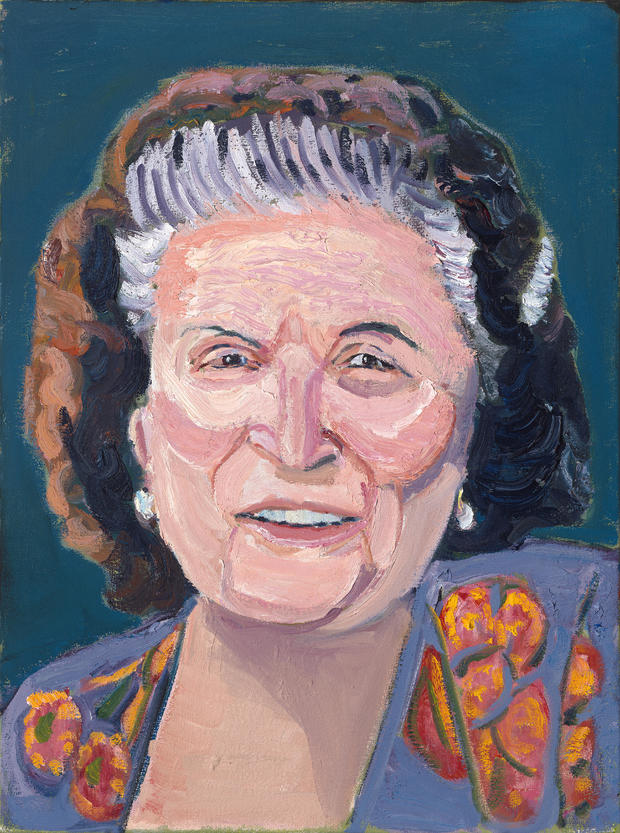 Literally. Two of the women immigrants portrayed are an Ethiopian woman who operates the parking garage in Bush’s post-Presidential office in Dallas, and Paula Rendon, right, the Mexican woman who George and Barbara Bush hired in 1959 to care for their home in Houston, and take care of the Bush children.

That sounds almost as if Rendon were offering to work without pay, like Linda Chavez's illegal housekeeper/guest Maria Mercado [Those Compassionate Conservatives, by Marjorie Williams, Washington Post, January 10, 2001].

Rendon is now an American citizen, and on record as having voted for both Presidents Bush—why not? She got to work in the White House—but she is another example of Dubya’s refusal to take immigration law seriously.

One of the things the people who voted Trump in 2016 were reacting to was Obama. But the another was the awful Bush Dynasty.

James Fulford [Email him] is writer and editor for VDARE.com