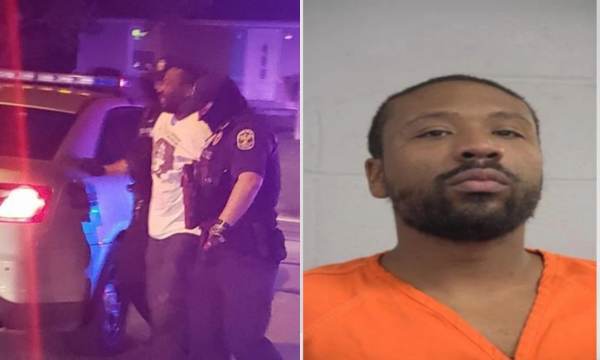 THE FULFORD FILE: “It’s All A Damned Conspiracy”—When Black-On-White Murders Contradict The Narrative, The MSM Doesn’t Want You To Know

You can see that the female interviewers look oddly distracted before they eventually say "I’m not sure we need to bring George Soros into this."

Newt Gingrich: "The number one problem in almost all the cities is George Soros-elected, left-wing, antipolice pro-criminal district attorneys..."

Fox hos: "I’m not sure we need to bring George Soros into this."

That’s because they’re listening on their headsets to their producer, literally “the man behind the curtain,” who knows that talking about George Soros is (as Gingrich surmised) “verboten.” It’s a perfect example of Narrative Control in action.

Narrative Control really is a Thing. And it’s been particularly in evidence this year, as the George Floyd Hoax has led to the Black Lives Matter Blood Libel on White America, all obviously designed to mau-mau Americans into voting for Joe Biden. It means that the national Main Stream Media is outright suppressing news that contradicts the Black Victims-White Oppressors morality myth.

The suspect was smiling from ear to ear as he was arrested for the shooting at Bungalow Joe’s Bar and Grill.

(Taylor was a black woman shot during a drug raid when her boyfriend fired at police officers—her family has received a $12m settlement, but black celebrities are still crying “Murder”.)

This story, as usual with politically motivated black-on-white killings, is getting absolutely no traction in the MSM, except for on the usual “man arrested” basis [Bungalow Joe’s owner asking for community’s help after 3 customers were shot and killed, by Faith King, WAVE3 Louisville, September 20, 2020].

My acid test of whether news is going to be allowed to be part of the national Narrative: whether it appears on the New York Times’s web site. The NYT is still the bellwether for the rest of U.S. media.

Thus the local police-blotter incident of Trayvon Martin’s unsuccessful attack on George Zimmerman, in which no crime was ever shown to have been committed by anyone but the deceased, has 1, 044 NYT mentions since 2012.

But Michael E. Rhynes, the Bungalow Joe killer, does not currently appear.

The story has so little traction that Biden himself made a public appearance in the same cemetery on Veterans’ Day 19 days after the murder [Joe Biden, Wearing Mask, Appears in Public at a Veterans Memorial, NYT, May 25, 2020] and no one mentioned it but Steve Sailer.

But the New York Times has 56 stories about white teenager Kyle Rittenhouse, who used a rifle to defend himself against three men. 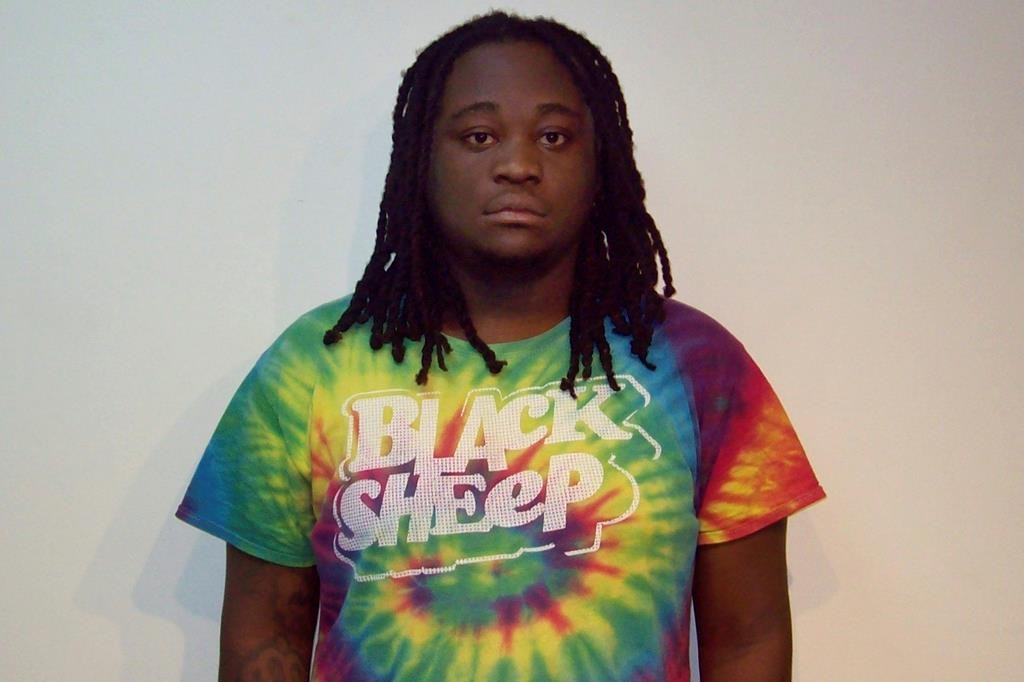 But the unusual name of Jayvon Hatchett does not appear in the New York Times. 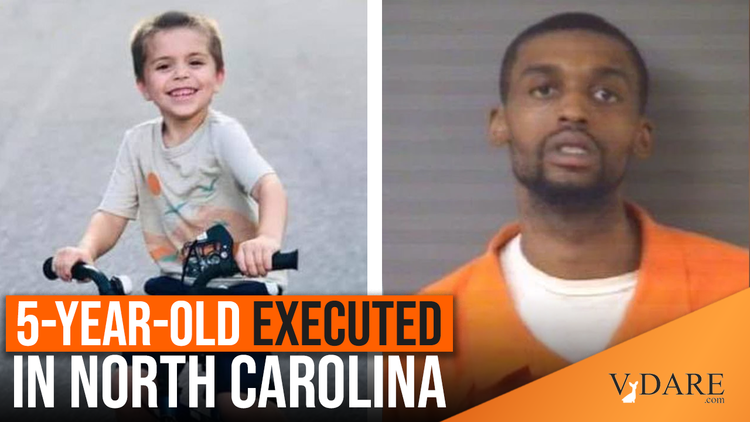 We’ve mentioned this case repeatedly here, and it was even discussed, not very explicitly (but hey), on Tucker Carlson’s Fox show.

An arrest affidavit says Sinclair used a knife to stab 29-year-old Michael Conner who was transported to the hospital for his injuries and a collapsed lung. Conner, a white male, told police while at the hospital that Sinclair, a Black male, shouted “Black lives matter!” prior to stabbing him, according to the report.

It’s unclear from the report what may have led up to the incident, but police say witnesses saw Sinclair walk up to Conner and said, “I’m going to kill you and your dog.” [Emphasis added.]

9News.com get points for actually saying the races of the victim and attacker, pictured below, loses them for capitalizing “Black” and not “white.” 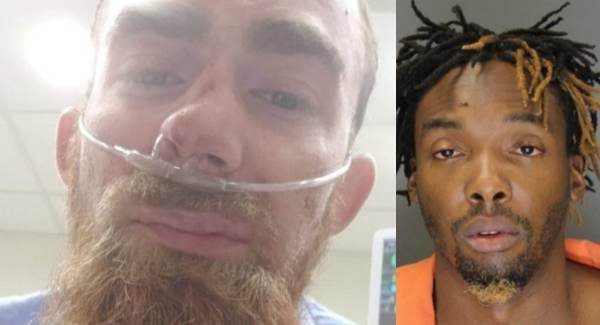 But that’s about the only report not on right-wing news sites. I checked the New York Times for mentions of Steve Sinclair—nothing.

While the people at the Denver TV station may have trouble figuring out “what may have led up to the incident,” by which I assume they mean some kind of diss or slur by the white victim, I can tell them: months and months of unpunished rioting, and years of blood libel against white America.

Note that this is not an exhaustive list—they’re just ones that have happened recently and that the New York Times has succeeded in hiding from its readers—but not from me.

The writers and editors of New York Times themselves, of course, are part of the blood libel. For a long time “Civil Rights,” anti- “racism” rhetoric has been inciting blacks to commit murder. When I say “for a long time” I’m leaving aside the ancient history of the 1860s and even 1960s, but let’s just say the last thirty years, when all actual discrimination by the government has been directed against white males, and in favor of the people committing the murders.

During the Obama Administration, Black Lives Matter activists, supported by Affirmative Action beneficiaries Barack Obama, and Attorney General Eric Holder committed a number of high profile killings of police (not all of them white, but considered as bad as white by the BLM gunmen) and a number of less high-profile killings of and assaults on ordinary whites, as “justice for Trayvon” or whoever.

The higher profile ones include

The lower profile ones include

As I noted at the time, the only mention of Begic in the New York Times was an AP story that said he was a Bosnian beaten to death by “several young people” of no color with hammers. [Missouri: 3 Teenagers Arrested in Hammer Death, AP, December 1, 2014]

Begic is also mentioned in a 2019 Times story ["Why War Refugees Who Helped Revive St. Louis Are Leaving, by Melina Delkic, August 19, 2019], in which he’s described as “a young Bosnian man out with his fiancée, [who] was killed by four teenagers”. 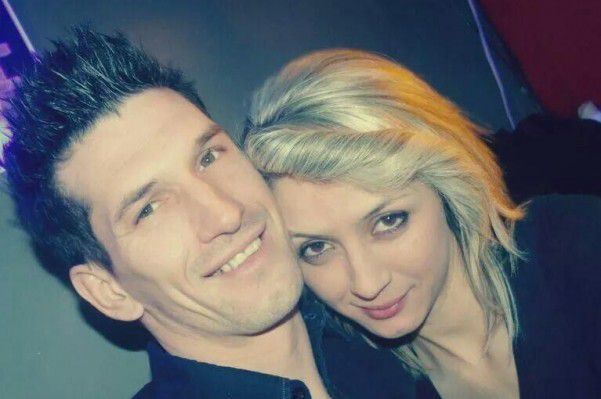 New York Times readers may not understand why Bosnians are leaving St. Louis. But VDARE.com readers do.

Remember, almost all of the police-involved deaths of blacks that trigger these reactions are either a hundred percent justifiable, accidental, or caused by the deceased themselves. The MSM just lies about them.

When Hillary Clinton, after Dallas, brought what she called the “Mothers of the Movement”—mothers of deceased Black Lives Matter cases—on stage at the DNC in 2016, I pointed out that most of their children had died trying to kill someone. Ann Coulter asked rhetorically “When Do "The Mothers Of ISIS" Speak?”

Now here’s the final point—the MSM has an official rule, embodied in the AP Stylebook, that tells them to “not mention race” unless it’s “relevant,” which literally means that the “first black” anything is relevant, but the thousandth black Hate Crime isn’t.

And not only is this internalized suppression happening at the editor level, there’s externalized, deliberate suppression and coordination.

As VDARE.com editor Peter Brimelow said in a speech at the 2015 American Renaissance conference,

When I was younger, I used to believe elaborate socio-psychological theories of how this [suppression of news] happened—Joe Sobran, who I’m sure many of you remember, used to have this concept of the “Hive,” that all liberals do the same thing at the same time because they have this collective mindset. But now I think it’s all a damn conspiracy.

And I think that the discovery of that JournoList listserv group, where MSM Leftists were actually conspiring during Obama’s 2008 election campaign, to beat up on conservatives and accuse them of racism, proves it.

Complete Text! IMMIGRATION: IS THIS THE BREAKING POINT? [1] "It Would Only Take One Speech" [2] Plan B (Jared Taylor For Congress!)

James Fulford [Email him] has been a writer and editor for VDARE.com for almost 20 years. 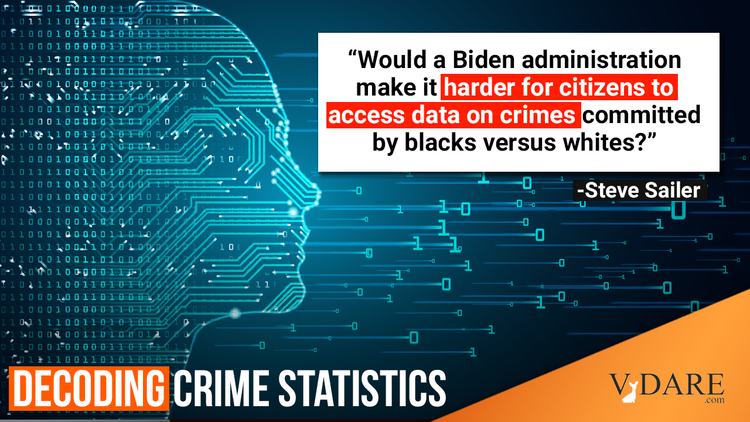 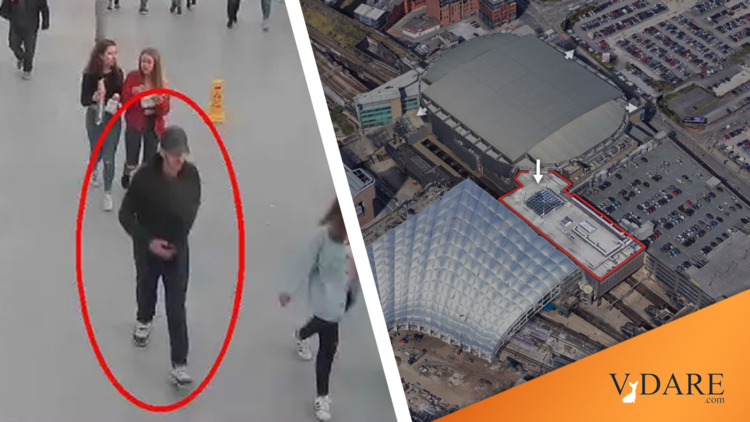 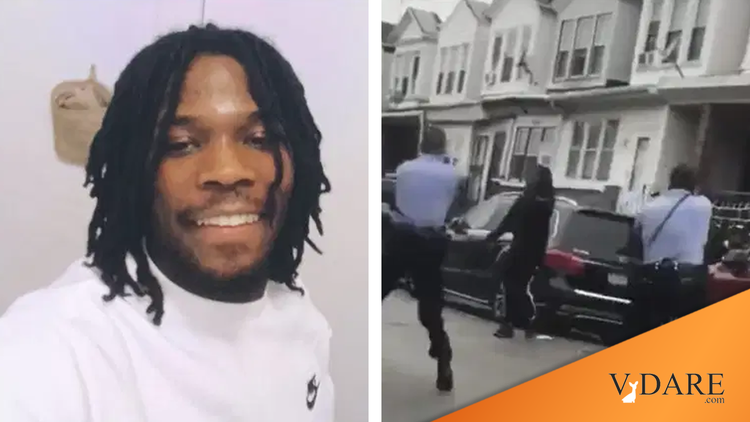