Trashing Trump Not Only Symptom Of Conservatism Inc. Uselessness—It’s Also Caving On Crime 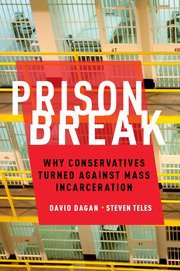 Conservatism Inc. is currently obsessed with trying to stab Donald J. Trump in the back (and elect Hillary Clinton), but it’s important not to forget other symptoms of its terminal uselessness. Case in point: its me-too stampede to get on board the Left’s “Criminal Justice Reform” bandwagon

In a profile in Ebony magazine in 1989, Rangel bragged about pressuring Nixon and President Ronald Reagan to get even tougher on drugs, blasting them for what he called a “lackadaisical attitude.”

But today, Conservatism Inc. has gotten itself far to the Left of Rangel and Jackson on criminal justice. 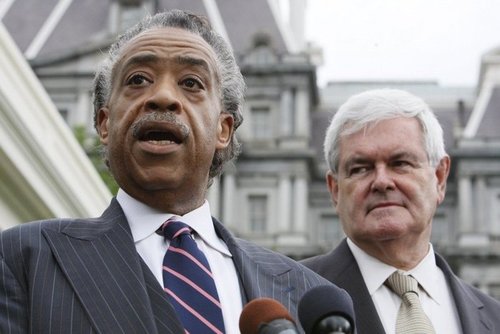 Teles noted Grover Norquist and Newt Gingrich once led the war on crime but now believe “caging, as they call it, should be a solution of last resort.” He also praised the black leftist Michelle Alexander [Email her] author of The New Jim Crow.

As for Prison Break itself, it’s an odd book for “conservatives” to praise—it accuses Reagan, Nixon, and Goldwater of using loaded "racial appeals" for their tough on crime stance, which was merely "scrubbed of overt racism"

It further indulges in some clumsy psychoanalysis of the GOP base, beginning with the Goldwater campaign:

This framework was not merely a sanitization of Southern segregationist language.  It was genuinely new creation in which crime became the outlet not just for racial tensions, but for a wide range of fears.  Civil rights, campus protest, changing gender mores, and other upheavals were all cast as elements of a broader social breakdown that manifested itself in violence.

Nowhere is it acknowledged blacks supported these reforms as well.

Prison Break frequently emphasizes the disparate imprisonment rates of blacks without once acknowledging that they also commit more crime.  Prison Break cites a combination of evangelical prison ministers and libertarians as driving conservative support for prison reform, but notes that many conservatives also are concerned about alleged racism in the justice system. And indeed some self-proclaimed conservative politicos do see prison reform as a way to appeal to black voters.  Rand Paul has gone so far as to compare mass incarceration to Jim Crow. 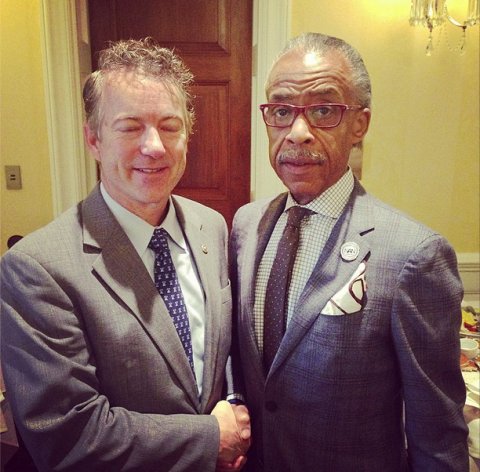 (Right, in a move condemned even by Jennifer Rubin, Rand Paul poses with Al Sharpton.)

Teles expressed concern Senators Tom Cotton and Jeff Sessions may stop the GOP from fully embracing criminal justice reform. But we should be grateful for their efforts. Lower-scale reforms to release prisoners and weaken criminal sentences have already begun over the last few years. And the effects have already been devastating.

In 2011, the US Sentencing Commission retroactively ended the disparate punishment of crack and powder cocaine dealers.  This has long been cited as prima facie proof of the “racist” justice system (despite the fact that most African American leaders lobbied for the heavy penalties at the time).  The new egalitarian policy led to the early release of over 6,000 drug dealers, 85% of whom were black [Final Crack Retroactivity Data Report Fair Sentencing Act, U.S. Sentencing Commission, December 2014]. 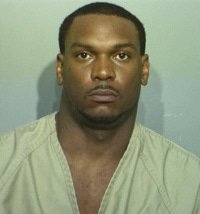 One of these “nonviolent offenders”: Wendell L. Callahan, pictured right. Earlier this year, he stabbed his ex-girlfriend and her two young daughters to death.  Had he not had four years of his prison sentence for crack dealing shaved off, he would have been in jail until at least 2018.  Callahan had previous arrests for drug dealing and involvement in a non-fatal shooting.  [Man charged with killing woman, 2 daughters had early prison release, by Theodore Decker, Columbus Dispatch, January 13, 2016].

In a few years, we’ll be able to see the recidivism data of all those released early. It will most likely show many returned to crime.

Meanwhile, President Obama has commuted more sentences than his six predecessors combined [President Obama Has Now Commuted the Sentences of 248 Individuals, by Neil Eggleston, White House, March 30, 2016]. Many of his pardons have explicitly targeted minority crack dealers.  Expect him to pardon many more “non-violent” black drug dealers in the waning days of his administration.

Another harbinger: in 2014, California voters enacted Proposition 47 in 2014, reclassifying many drug and property crimes from felonies to misdemeanors—meaning probation and fines became the punishments for these crimes. It reallocated the prison budget for mental health, education, and substance abuse social work.

Newt Gingrich and Wayne Hughes, a conservative billionaire who bankrolled the proposition, penned an op-ed supporting the measure. They argued: “Prisons are for people we are afraid of, but we have been filling them with many folks we are just mad at.”  They cited the high recidivism rate as reason to let prisoners out:

With so many offenders returning to prison, we clearly aren't getting as much public safety—or rehabilitation—as we should for this large expenditure.

[What California can learn from the red states on crime and punishment, Los Angeles Times, September 16, 2014]

But if these social programs don’t magically turn criminals into law abiding members of society, newly-freed criminals would be able to harm innocent citizens since they are no longer in prison.

And as you may have guessed, that’s exactly what happened.

As the Washington Post reported, within less than a year of Prop 47, crime rates in all categories had shot up.

“It’s a slap on the wrist the first time and the third time and the 30th time, so it’s a virtual get-out-of-jail-free card,” said Shelley Zimmerman, who became San Diego’s police chief in March 2014. .  . .

Officers have begun calling those people “frequent fliers,” offenders who knew the specifics of Prop 47 and how to use it to their advantage.  . . . There was the “Hoover Heister” in Riverside, who was arrested for stealing vacuum cleaners and other appliances 13 different times over the course of three months, each misdemeanor charge followed by his quick release.

San Francisco in particular has become one the most crime-ridden cities. As the New York Times reported:

Recent data from the F.B.I. show that San Francisco has the highest per-capita property crime rate of the nation’s top 50 cities. About half the cases here are thefts from vehicles, smash-and-grabs that scatter glittering broken glass onto the sidewalks.

Even without going through the formality of legislation, the movement against punishing criminals has now emboldened judges to simply ignore the law and set drug dealers loose.  In a remarkable opinion, Federal Judge Frederic Block of the Eastern District of New York, a Clinton appointee, set a woman caught smuggling $45,000 worth of heroin free on the grounds that the punishments for being a felon were so “extreme.”

Block actually cited The New Jim Crow to the effect that  “Today a criminal freed from prison has scarcely more rights, and arguably less respect, than a freed slave or a black person living “free” in Mississippi at the height of Jim Crow.”

But those restrictions on freed slaves or the blacks in the Jim Crow South were applied based on race, not for committing a felony.

And while Leftists have predictably lauded Block’s undemocratic decision, I have not seen any conservative denounce it—outside of the NY Post editorial page. [Brooklyn judge attempts to rewrite laws with an outrageous wrist-slap for drug felon, May 25, 2016]

At AEI, Teles moaned that Donald Trump "is in some sense a danger to this shift among conservatives" towards criminal justice reform—because he is a throwback to "an era in which anti-statism was less of a sort of strong part of conservatism and a kind of fear of disorder was.”

We can only hope that Teles is correct and that, once again, Trump will be salvation of America from Conservatism Inc.’s cowardice and stupidity.

John Reid [email him] is an American citizen and a recent law school graduate.