Whatever Happened To Deporting Immigrants As a Public Charge?

(A longer, more academic version of this article is available from Center for Immigration Studies (CIS) as either HTML or PDF.)

Contrary to the "Open Borders" myth, Americans have always tried to prevent the immigration of anyone likely to become a "public charge" - dependent on public charity.  Massachusetts enacted the earliest public charge laws in 1645. But the Immigration and Naturalization Service reports that just 12 immigrants were deported on public charge grounds during the 1981-90 decade.  Since then, the INS has stopped listing public charge as a separate category of reasons for deportation.

This falling rate of deporting public charges contrasts markedly with the latest data on the immigration "welfare magnet."  Nearly a fifth of all immigrant households are enrolled in welfare programs, compared with 13.3 percent of native households. The poverty rate for immigrants is twice that of native-born Americans.  Twenty-two percent of U.S. residents living in poverty are immigrants and their U.S.-born children.

The immigration law provides for the deportation of aliens who rely on public assistance for a substantial part of their livelihoods within five years of entering the United States.  The cause of becoming a public charge must precede arrival in America.  Aliens bear the burden of proving that the circumstances causing public dependency came about after arrival.  This part of the law has remained largely the same since 1891.

So why don't we deport aliens who depend on welfare for a substantial part of their livelihood?  Two reasons: A 1948 decision - Matter of B-, 3 I&N Dec. 323 (BIA and AG 1948)  - by the Board of Immigration Appeals, the administrative law body that handles immigration matters; and the Clinton Administration's redefinition of the term  "public charge."

The Board of Immigration Appeals in 1948 constructed a three-part test for determining deportability as a public charge:

1] the state or government agency that provides a public benefit must charge for services rendered. The alien cannot be regarded a public charge if there is no legal reimbursement requirement.

2] the welfare agency must make a demand for repayment.

3] the alien or other legally responsible persons must fail to repay the debt after the demand is made.  All three prongs must be met.

(Remember, the BIA test preceded the construction of the giant American welfare state.)

More recently, the Clinton Administration further relaxed the definition of "public charge" through its regulatory authority.  Its 1999 definition allows immigrants broad usage of welfare.  The definition requires that an alien be

primarily dependent on the government for subsistence, as demonstrated by either: (i) the receipt of public cash assistance for income maintenance or (ii) institutionalization for long-term care at government expense.

Even receipt of cash assistance for income maintenance during the first five years after arriving due to circumstances that existed before immigrating and meeting the other two prongs of the BIA test doesn't seal the deal.  A public charge in fact may not be deported as a public charge under law because the regulation requires that the government consider the alien's "totality of circumstances."

The 1996 immigration and welfare reform laws beefed up public charge doctrine, but not as much as proponents wanted.  Congress attempted to define public charge in law as any alien who receives benefits for a total of 12 months during the first seven years after becoming a lawful permanent resident.  However, the Clinton administration forced the removal of that definition in final negotiations.

Thus, the standard for public charge deportation has been raised too high.  It doesn't serve the national interest to make virtually impossible the removal of aliens who become a drain on society.  Nor does it keep faith with this long-standing doctrine of American immigration policy.

The good news: the damage has been mostly done by Executive Branch action. It could be undone, perhaps with the stroke of a pen - by a resolute and patriotic President. 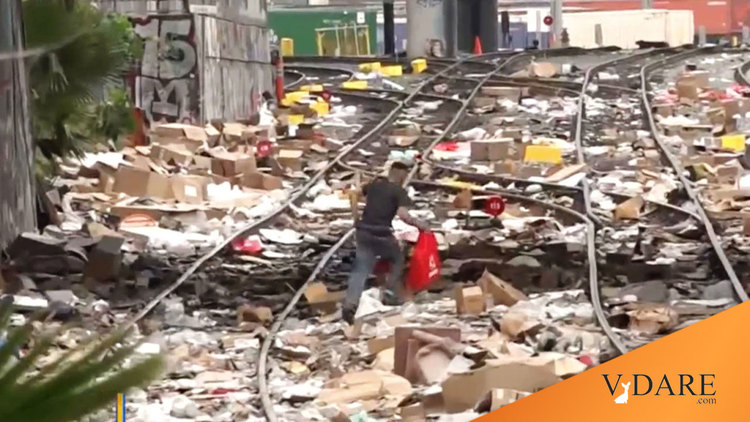