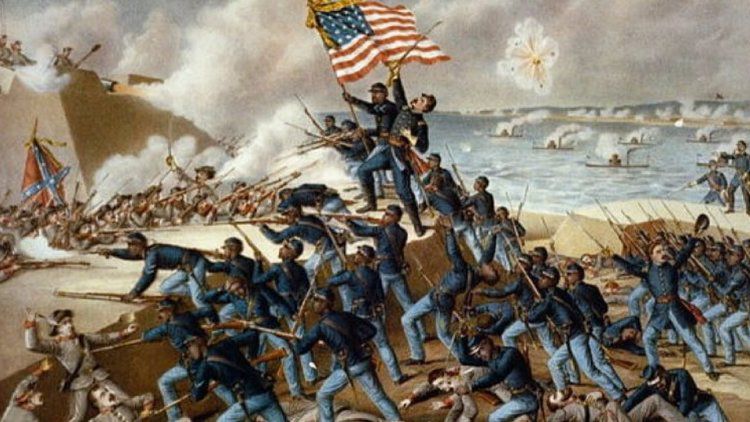 A Black Reader Claims HIS Ancestors Won The Civil War

From: Lyndon Scott Email him

You are such a liar. Most supporters of gun rights do not protest peacefully and definitely if they are talking about the Civil War that's more explosive than any other topic, because that was the first time that white racists got their asses beat by my black ancestors.

But if you start an uproar between the racists [Sic] for your own good, I feel sorry for you.

What blacks are unable to accept is that American history is, by and large, not about them, and this applies even to the Civil War.

“It could have been a very ugly, filthy war with no redeeming characteristics at all. And it was the battle for emancipation and the people who pushed it forward—the slaves, the free black people, the abolitionists, and a lot of ordinary citizens—it was they who ennobled what otherwise would have been meaningless carnage into something higher.”

This seems to be a claim that not only was the Civil War about black people, but it was only any good because of them. This is wrong.

John Derbyshire has described the current Cold Civil War and the actual American Civil War the same way: a conflict between two groups of white people “with colored auxiliaries recruited by one of the sides to groom the horses and dig field latrines.”

That, in spite of the fact that there some actual black soldiers employed by the Northern side (and a much smaller number employed by the Confederates) remains the case.