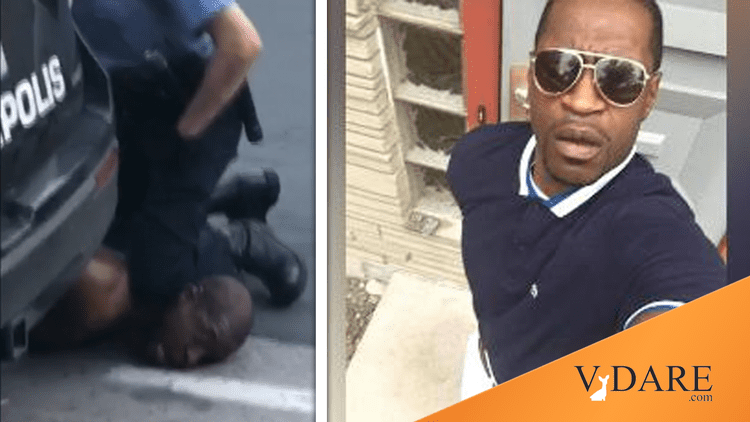 A Reader Wonders What We AREN'T Being Told About George Floyd

From: An Anonymous Legal Professional [Email him]

There are riots in Minneapolis because of the more or less accidental death of a black criminal named George Floyd. [Four Minneapolis Cops Are Fired over the Death of a Handcuffed Black Man, Daily Mail, May 26, 2020]

Does anyone else suspect that more information about Mr. Floyd is known to the police and medical examiner, but not released for fear of precipitating more "social unrest"?

Possibly relevant information includes but not limited to:

James Fulford writes: Considering what we found out—after white people who'd been attacked faced criminal charges—about Trayvon Martin, Michael Brown, and most recently, Ahmaud Arbery—it's probable that there's a lot of stuff we're not being told. And the authorities may not want to tell us.