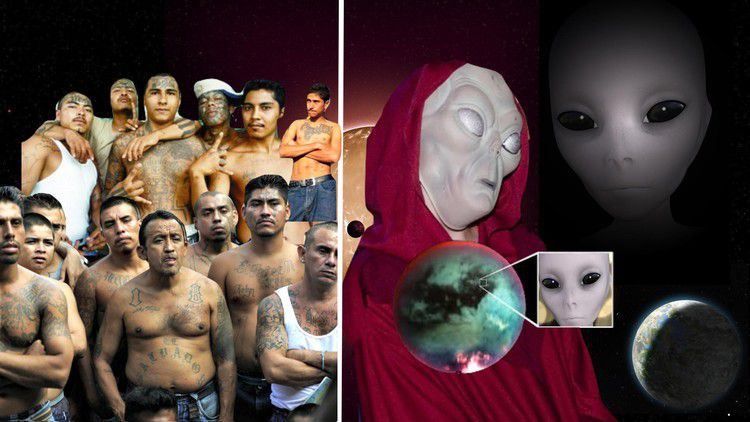 Aliens vs. Aliens: Who Is More Dangerous?

Stephan Plainview
A+
|
a-

Area 51 may soon be having some unexpected visitors after a UFO-hunting Facebook group put out a call for any and all Alien Hunters to raid the restricted military base in southern Nevada at dawn on Septembe r20. Over 500, 000 people have signed up for the event in hopes of uncovering the “truth” on extra-terrestrial life. The base is off-limits to the public and there have been cases of individuals who have been shot dead after breaching the secure area with hopes of uncovering mysterious inter-planetary life forms. The group’s organizers say “we can move faster than their bullets”

Similarly, the United States Southern Border has been experiencing mass organized raids of its own, with large groups of thousands of illegal aliens massing and illegally breaching the border with no regard for the law. These groups, however, do not wish to be enlightened on some secret other-worldly knowledge of inter-planetary life forms. In fact, their objective is far simpler, they want free stuff.

Now for the tough question, which of these groups are more dangerous to our way of life? The Aliens or the Aliens?

On one hand, when it comes to “Aliens” we don’t really know what they want. They could be visiting our planet to bring us knowledge from the future, rare minerals or sophisticated technology. We do not know for a fact that these beings are hostile. There is a chance though, that these Aliens do want to harm us and have the capability of wiping out human civilization as a whole. Given the fact that we have yet to be officially contacted by these beings, we can run on the assumption that there is a 50-50 chance on whether or not they come in peace.

On the other hand, when it comes to illegal aliens, we have a better understanding of who they are, where they are coming from and what it is they are after. Studying the FBI crime statistics, we find that in New Jersey, for instance, illegal immigrants are incarcerated five times more often than legal residents, and rates on the West Coast are triple that of legal residents and citizens, according to the study by the Federation for American Immigration Reform.

According to the President of the United States on Twitter

We have concrete proof that “real” Aliens are far less dangerous than Illegal Aliens and you as a citizen of the United States of America have NOTHING to worry about with regard to extraterrestrial life. However, you should very much be concerned with the very real dangers that come with the illegal visitors from south of our border who commit violent crimes at a much higher rate than our intergalactic friends from up above.