It appears that in order for a Republican to have backbone he has to be black. @cisrabbit @XposeBlackCrime @AllenWest — Jared Taylor (@jartaylor) December 31, 2014

When I saw these Tweets, my thought was "I'd heard some Republican was in trouble with the PC Police for forwarding an American Renaissance article, but they can't have left out that it was Allen West?"

Well, of course, they could have—but it was actually a white guy who got in trouble...of course:

Dave Agema’s Defense for Posting a Racist Article: I Got It From Allen West, and He’s Black!

Allen West posted the racist American Renaissance article to his website before Dave Agema shared it on Facebook.

Agema is a white guy from Michigan who works for the RNC. 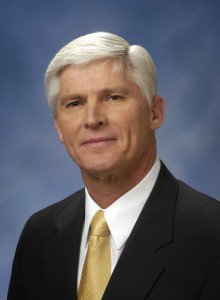 Black Republican Allen West, a former Lieutenant-Colonel in the army, was a Congressman from the 22nd district of Florida. (Which means that the people who voted him into office were white—the district was 83 percent white,  3.9 percent black.) He lost his seat to white Democrat in redistricting.

He posted on his website,  an American Renaissance article under the heading Quite possibly the most racist article you will ever read, December 29, 2014.

Every now and then you come across an article that folks just need to read. This one written by Michael Smith entitled, “Confessions of a Public Defender” and originally posted at American Renaissance on May 9, 2014 is one of those articles.

It is a profound and deeply disturbing piece, which, as we end 2014, we all need to comprehend as we move towards the 50th anniversary of the Great Society initiatives of President Lyndon Baines Johnson.

Smith articulates that which ails the black community — the real discussion we should be having on race, not that of victimhood and the further expansion of the welfare nanny-state.

He begins by saying, “I am a public defender in a large southern metropolitan area. Fewer than ten percent of the people in the area I serve are black but over 90 per cent of my clients are black. The remaining ten percent are mainly Hispanics but there are a few whites.”

“I have no explanation for why this is, but crime has racial patterns. Hispanics usually commit two kinds of crime: sexual assault on children and driving under the influence. Blacks commit many violent crimes but very few sex crimes. The handful of whites I see commit all kinds of crimes. In my many years as a public defender I have represented only three Asians, and one was half black.”

He presents his observations based on his personal experience with black defendants, and his words will no doubt inflame many:

It will take you only 5 minutes to read this article — and I would bet you’ll read it again. Then ask yourself, is this something you hear Al Sharpton addressing? Or President Obama, Eric Holder, Jeh Johnson or Jesse Jackson?

I’m quite sure the progressive socialist left will criticize me for sharing this article – that’s just who they are – they hate the truth. But if there is a war to be fought, it is for the soul of the inner city and the black community. The facts and observations in this are not shocking to me. They are quite well known, but the manner in which the writer so eloquently presents them is quite commendable.

We cannot begin to “have a conversation about race” until we are willing to honestly address the facts.

As Smith says at the end, “I do know that it is wrong to deceive the public. Whatever solutions we seek should be based on the truth rather than what we would prefer was the truth.”[More]

So Agema is still in trouble—because he's white—but the point of Allen West posting this is that West cares about blacks.

Do you think Slate cares about blacks? No, they care about looking down on other whites.