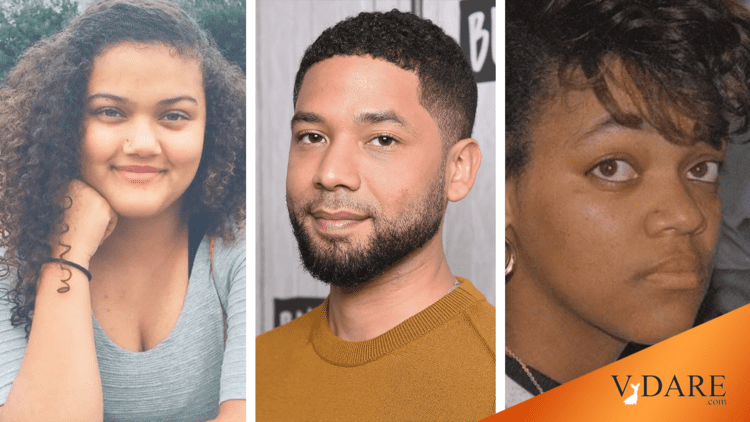 Althea Bernstein, Jussie Smollett, and Tawana Brawley: Is This A Hate Hoax Or Firebomb Coverup?

The concept of the Hate Hoax, which I might have helped originate in 2004 is definitely a useful one, but it needs to be kept in mind that not every example of Hate Hysteria is a Jussie Smollett-style preplanned hoax.

Some aren’t hoaxes at all: For example, when college students reported a Ku Klux Klan dragon was in the science lab, it turned out to be a white dust cover shrouding an instrument.

Others were intentional but not pre-planned. For example, in the ur-Hate Hoax, 15-year-old Tawana Brawley in 1987 gets home late from being out with her boyfriend. Her parents are furious at her for violating their rules. So … she starts making up a story which comes to include her being gang-raped by six white cops. Soon the young Al Sharpton is promoting her story on television, as if he’d been hired by Tom Wolfe’s publishing house to prove that their new bestseller The Bonfire of the Vanities was ripped from next month’s headlines.

My guess is that Althea Bernstein, the 18-year-old part-black young woman in Madison, Wisconsin is not a Jussie Smollett. She almost certainly didn’t come up ahead of time with her story about four “classic Wisconsin fraternity boys” spraying her with lighter fluid and setting her on fire.

First, that’s a story so implausible that you’d have to be as dumb as Princess Meghan to believe it. Second, Bernstein didn’t push the story quickly the night her family made her go to the emergency room for the red marks on her face. And ever since she’s been trying to get the media to move on to the part where she, like, forgives her unknown attackers and then everybody just drops the subject, OK?

Her story has all the hallmarks of a teenager’s improvisation to get out of trouble for doing something she wasn’t supposed to do, such as, perhaps, go to that night’s riot in downtown Madison. If that’s where she was — she claims she wasn’t at the riot, she was just driving next to the riot — well, bad things have been known to happen at riots, such as a teenager getting her face marked up with what the hospital emergency room diagnosed as, apparently, blowback from lighter fluid. 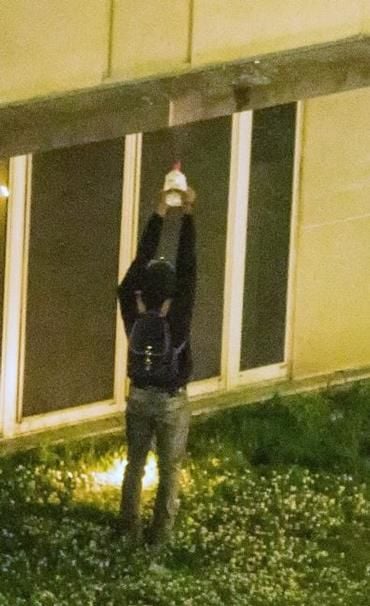 Moreover, something very bad happened at the riot that could have turned into something extremely bad.

Somebody, using lighter fluid, firebombed the City County Building in downtown Madison in front of a number of spectators. The 911 call center had to be evacuated. Fortunately, the fire was put out before the 180 inmates in the jail had to be freed or die fiery deaths.

You might think the authorities might want to get in touch with anybody who ended up in the emergency room shortly after the lighter fluid-fueled arson of the City County Building with what are said to be lighter fluid-fueled burns to see if that person could assist them in their inquiries.

If Ms. Bernstein’s story of a roving gang of four white racist fraternity boys spraying lighter fluid on her biracial body is true, then it would seem likely that the white supremacist Haven Monahans staged a false flag attack on the City County Building to make Antifa and BLM look bad.

Alternatively, if Ms. Bernstein’s story isn’t true, perhaps she was a witness to whoever actually did firebomb the jail? 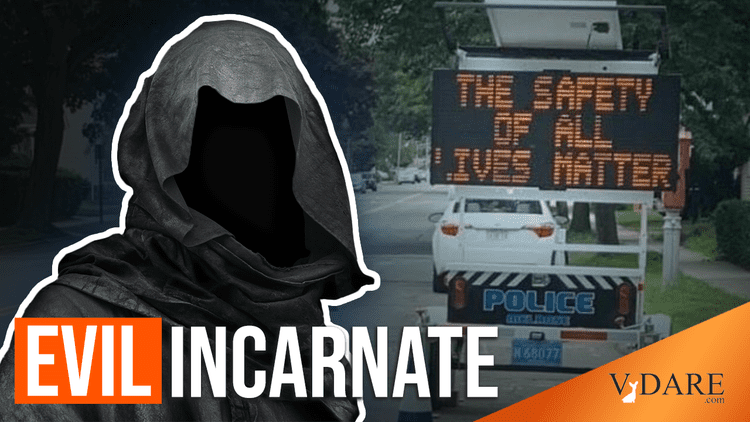