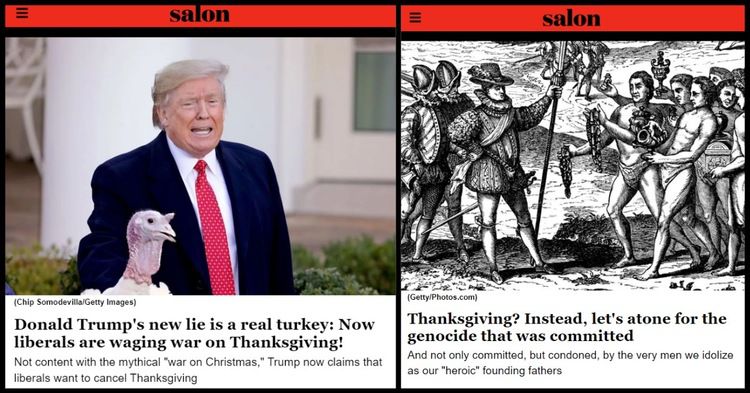 Donald Trump's new lie is a real turkey: Now liberals are waging war on Thanksgiving!
Not content with the mythical "war on Christmas," Trump now claims that liberals want to cancel Thanksgiving

Salon.com is famous for denying the War On Christmas (see here and here) but also posted this in 2012:

There really is a war on Christmas!
And it's being fought by some of the bravest atheists in the country, nonbelievers in rural areas and the heartland

Which featured this graphic: 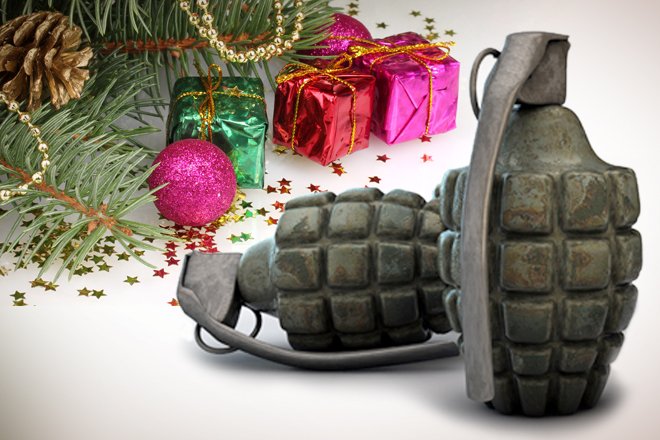 At the time I wrote that the story made it explicit

that in Red State America, Christophobes are more militant because they’re a minority, where as in New York and New Jersey, they rule.

But seriously, grenades? Hasn't Salon heard of the "Civility Movement"? Even in America's supposedly metaphorical War On Christmas, arson of nativity scenes is not unknown,  and vandalism is epidemic.  In a world where Christian churches are bombed and burned on a weekly basis,  Salon is going beyond anything the left ever imagined Sarah Palin was guilty of terms of violent imagery.

Swearing off the rhetoric of violence