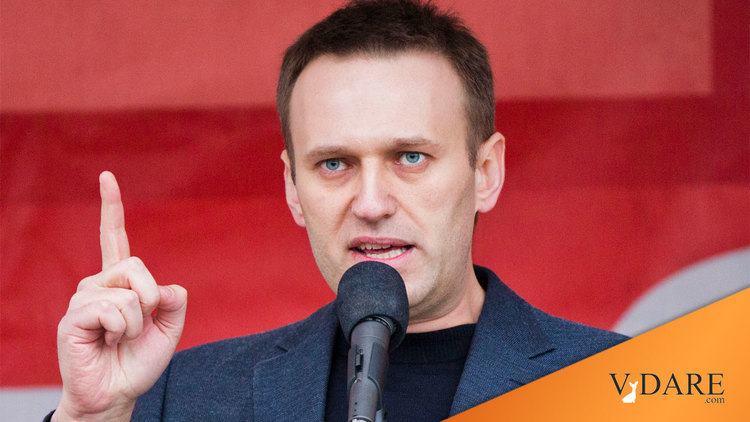 Earlier: Alex Navalny: Would A "Russian Dissident" Do Better In The "Free World?"

Amnesty International has stripped the Russian opposition politician Alexei Navalny of his “prisoner of conscience” status after it says it was “bombarded” with complaints highlighting xenophobic comments that he has made in the past and not renounced.

A spokesman for the human rights organisation in Moscow told the BBC that he believed the wave of requests to “de-list” Navalny was part of an “orchestrated campaign” to discredit Vladimir Putin’s most vocal critic and “impede” Amnesty’s calls for his release from custody.

But on review, Amnesty International concluded that comments made by Navalny some 15 years ago, including a video which appears to compare immigrants to cockroaches, amounted to “hate speech” which was incompatible with the label “prisoner of conscience”.

Alexei Navalny, who was almost killed in a nerve agent attack last year, is now serving a prison sentence widely seen as punishment for his opposition activism and big-splash investigations into the corrupt lives of Russia’s rich and powerful.

“We had too many requests; we couldn’t ignore them,” spokesman Alexander Artemev told the BBC, explaining that the team initially discounted Navalny’s previous statements – which he has not repeated – as “not relevant” in the light of his current, political persecution.

… She reposted Navalny’s controversial videos after his arrest in January, describing him as an “avowed racist” and accusing supporters of “whitewashing” his nationalism. …

A second notorious video from the early 2000s shows Navalny dressed as a dentist, interspersed with images of immigrant workers, calling for the removal of “everything that bothers us”, like rotten teeth.