And Then the Mob Came for ... Ulysses S. Grant

It’s almost as if The Mob doesn’t hate Confederates, so much as they hate whites (as the “Kill Whitey!!” graffiti in green paint on the Francis Scott Key plinth suggests).

Even I didn’t see the cancelation of Ulysses S. Grant coming. As I wrote in 2017 in Taki’s Magazine:

Carved Upon the Landscape
Steve Sailer

Why the ever-increasing hatred for America’s past?

You might think that, on the whole, American history is, relative to world history, fairly impressive and heartening.

But it’s precisely American history’s virtues, more than anything else, that enrage so many people these days against the great men of the American past. While the Founding Fathers might be nominally condemned for their misdeeds, they are largely resented for their accomplishments.

Human history suggests that people are naturally prejudiced in favor of their own ancestors, because the accomplishments of their forefathers reflect well upon them.

America is increasingly dominated by people with shallow roots in this country. So it’s hardly surprising that they find it insulting to reflect upon what Americans not related to them once accomplished. Instead, it’s heartening to denounce the Founding Fathers as bad men whose descendants deserve their displacement.

Punching down is safer and more fun than punching up. Hence the less dominant become the founding stock, the more their lineage is abused.

At the moment, we are told, the ongoing damnation of memory only involves secessionists like Robert E. Lee. Yet, it has already gone beyond that.

For example, Andrew Jackson, the Democrat who represents in American history the abolition of property requirements in voting, is being replaced on the twenty-dollar bill by Harriet Tubman.

But Lew, who had devoted his life to making money, didn’t understand how things work nowadays. A groundswell of Current Year outrage pointed out that Hamilton was, as everybody knows (at least since Lin-Manuel Miranda’s Broadway musical), an immigrant Jewish Person of Color. (Granted, from his portrait on the ten-dollar bill, Hamilton might appear to have been the most Scottish person who ever lived, but whoever heard of a Scot who was good with money?)

Anyway, as we all know, Jackson was a Confederate secessionist.

Granted, if you recall your high school history, you’ll remember that Jackson faced down John C. Calhoun’s South Carolinian push toward secession in 1832 with his blunt toast at Thomas Jefferson’s birthday dinner: “The federal union: It must be preserved!”

But who can remember any of that trivia? The point is that the Jackson was a Southern redneck while Hamilton was a New Yorker, so Jackson had to go.

After Jackson, who is next to have his memorials toppled Taliban-style?

It could be any of the four Mount Rushmore presidents: George Washington (slave owner), Teddy Roosevelt (immigration assimilationist), or Abraham Lincoln (not sufficiently anti-Southern at the end of his life: “with malice toward none” sounds racist today when malice is demanded).

Their real offense is their fame: Their visages are carved upon the landscape at Mount Rushmore. That can be irritating to proud people whose ancestors didn’t contribute as much to America.

But my guess is that the most likely next victim will be Thomas Jefferson. Sure, he wasn’t a redneck and he founded the modern Democratic Party, but he was a Southerner so that makes him practically Trump. He was a slave owner and there’s the whole rapist-of-a-black-body thing.

But worst of all, Jefferson makes people in power today feel inadequate. 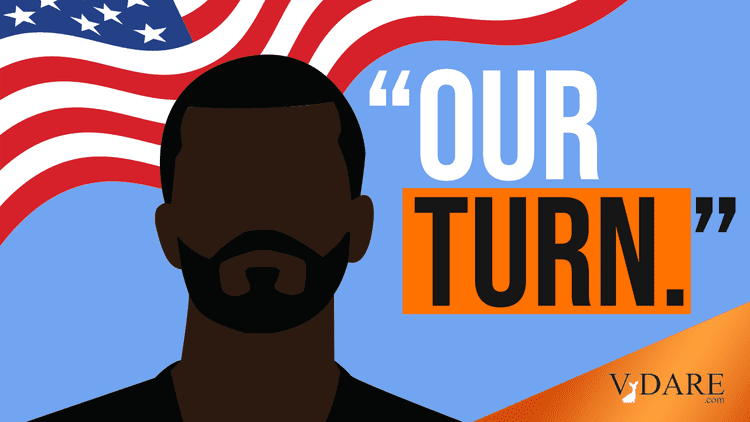