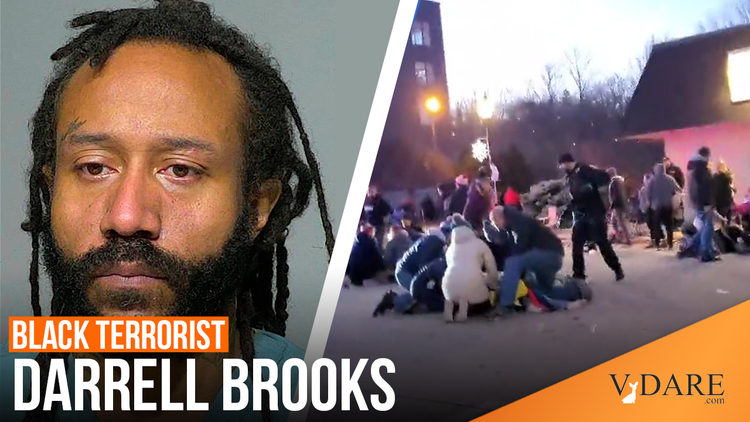 Waukesha, Wisconsin is nearly 90 percent white. It was the site of a racial terror attack on Sunday, November 21, when a black man deliberately drove his car into a Christmas parade. As of November 22, five our dead and more than 40 wounded, included little white children.

On the day of the racial terror attack by a black male—with an extensive criminal history—on primarily white participants in the Christmas parade in overwhelmingly white Waukesha, Wisconsin, this is what CNN was peddling. 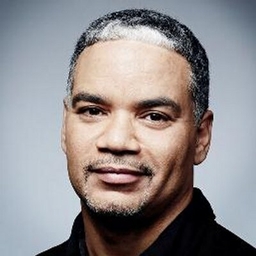 (CNN)The Brute. The Buck. And, of course, the Thug.

Those are just some of the names for a racial stereotype that has haunted the collective imagination of White America since the nation’s inception.

The specter of the angry Black man has been evoked in politics and popular culture to convince White folks that a big, bad Black man is coming to get them and their daughters.

I’ve seen viral videos of innocent Black men losing their lives because of this stereotype. I’ve watched White people lock their car doors or clutch their purses when men who look like me approach. I’ve been racially profiled.

It’s part of the psychological tax you pay for being a Black man in America — learning to accept that you are seen by many as Public Enemy No. 1.

But as I’ve watched three separate trials about White male violence unfold across the US these past few weeks — the Kyle Rittenhouse trial, the Ahmaud Arbery death trial and the civil case against organizers of the 2017 Unite the Right rally in Charlottesville — I’ve come to a sobering conclusion:

There is nothing more frightening in America today than an angry White man.

Rittenhouse was defending himself against the onslaught of three white males who were trying to take his life. Two paid with their own lives as Rittenhouse engaged in self-defense.

While we are told the most frightening thing in 2021 America is an angry white man, an angry black male who was affiliated with Black Lives Matter and was allegedly upset about the Rittenhouse verdict attacked a Christmas parade in a near 90 percent white city. Five are dead, scores are injured.

Multiple people were killed and injured after a person driving an SUV plowed through a Christmas parade in Waukesha, Wisconsin on Sunday evening.

There are also reports of gunshots being fired by police at the SUV.

According to eyewitnesses, the terrorist mowed over several elderly women called “The Dancing Grannies.”

Following the attack, the local police scanner captured the name of the suspect who left his ID in the vehicle.

Laura Loomer was first to report on this.

The suspect Darrell Brooks is a sex offender.

He has a long record.

Journalist Karol Markowicz confirmed his identity from his birth date.

His social media under the name “MathBoi Fly” was found by an intelligent investigator.

As we reported earlier, Waukesha is a very conservative area in Wisconsin.

Who radicalized this anti-white black bigot?

The corporate media are complicit in conditioning this black career criminal to target white people at a Christmas parade, all to garner revenge for living in a racist society and for Black Lives Matter.