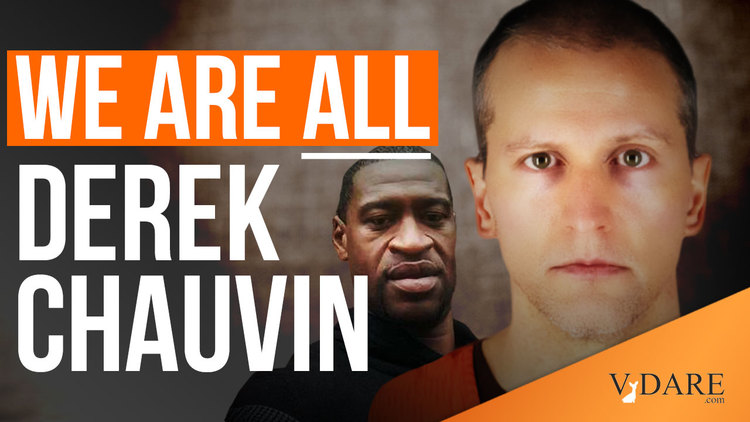 Are We All Derek Chauvin? Welcome To Life In St. George Floyd's America!

Officer Derek Chauvin is guilty. Does this mean all of White America shares in his guilt over the death of George Floyd? Read more from VDARE.com about what Chauvin's guilty verdict means for the future of our nation... 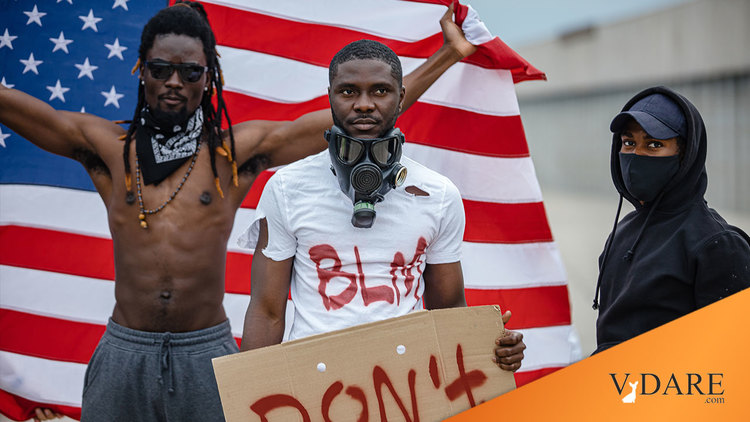 From Pedro de Alvarado: "Some things in politics are so predictable.

Ever since George Floyd acquired the status of Sainthood last summer, a significant portion of Americans embarked on a blood libel campaign of epic proportions against the white population.

The hysteria was so pronounced, that looney concepts such as 'defund the police' became an accepted part of political discourse. A sober society would laugh such proposals out of the venue. Alas, we no longer live in a sane country.

Instead, rabid mobs and constant anti-law enforcement barrages from the regime media prompted significant numbers of cops in urban centers across America to leave their work.

Unsurprisingly, homicides have gone up. It’s almost as if an environment that makes it difficult for law enforcement to do their jobs creates toxic social outcomes…." 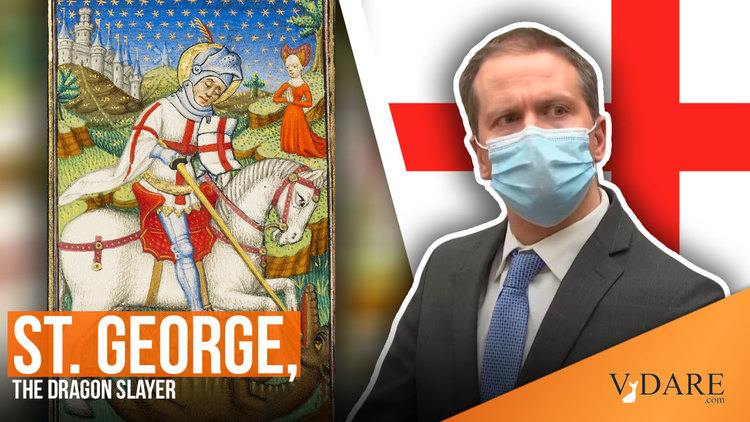 According to John Derbyshire: "The most parsimonious explanation for the jury's verdict: fear. Given the hullabaloo surrounding the trial—of which Judge Cahill made sure they were well aware—the jurors voted to not have their homes burned and their family members lynched.

In a society under the rule of law, that would not have been something they would need to worry about. In such a society, the municipal, state, and federal authorities would have gone to any necessary trouble and expense to preserve the jurors' safety, up to and including giving them aliases and parking them in witness protection programs in Malibu on generous lifetime pensions.

Those authorities, in the interest of maintaining impartial justice, would also have hunted down and prosecuted any persons promoting, or even just suggesting, violent retribution against the jurors."

More coverage on LIFE IN GEORGE FLOYD'S AMERICA from VDARE.com: