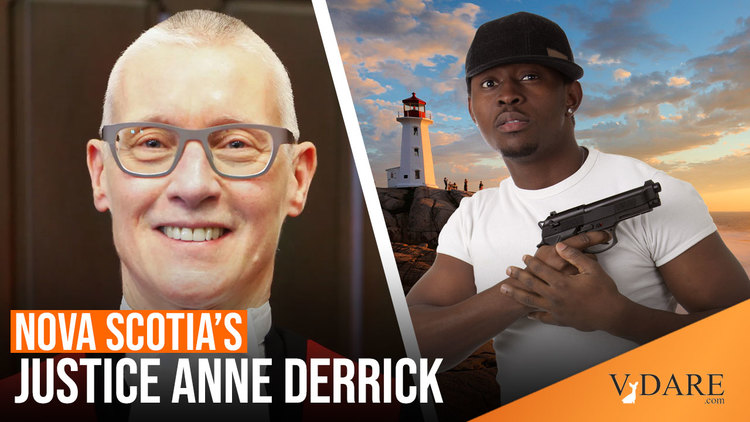 The Court of Appeal for the Canadian province of Nova Scotia has ruled that trial judges sentencing black defendants “need to consider the history of racism and marginalization that shaped them, and do their utmost not to put them behind bars where appropriate”, reports the Globe and Mail [Nova Scotia Court of Appeal rules to consider history of racism, marginalization in cases, August 23, 2021]

The sentencing of Black offenders in Canada is on the verge of a dramatic change after Nova Scotia’s top court ruled that, as with Indigenous offenders, trial judges need to consider the history of racism and marginalization that shaped them, and do their utmost not to put them behind bars where appropriate.

“The moral culpability of an African Nova Scotian offender has to be assessed in the context of historic factors and systemic racism,” Justice Anne Derrick wrote in a 5-0 ruling.

Justice Derrick’s decision involved the case of Rakeem Anderson who had been convicted of illegal gun possession. The provincial prosecutor had asked for Anderson to serve two to three years in a penitentiary. The trial judge, Provincial Chief Justice Pamela Williams, however sentenced Anderson to:

two years of house arrest, with a 10 p.m. curfew and conditions that he attend Afrocentric therapy to address trauma, attend literacy and education programs with an Afrocentric focus and perform community service.

Williams made her decision after ordering a report known as an Impact of Race and Culture Assessment (IRCA). Justice Derrick now warns that if these reports aren’t done for black offenders, the appeals court may overturn their sentences.

The Court of Appeals ruling only applies to Nova Scotia, but the Globe says it’s:

a change in approach that could well spread to other provinces. Ontario’s top court is expected to decide a case soon on whether to require a similar approach.

Meanwhile in Toronto, where a woman’s body was recently discovered stuffed into a suitcase there has been another shooting in a mall Police have arrested a suspect. They don’t say if he’s black.