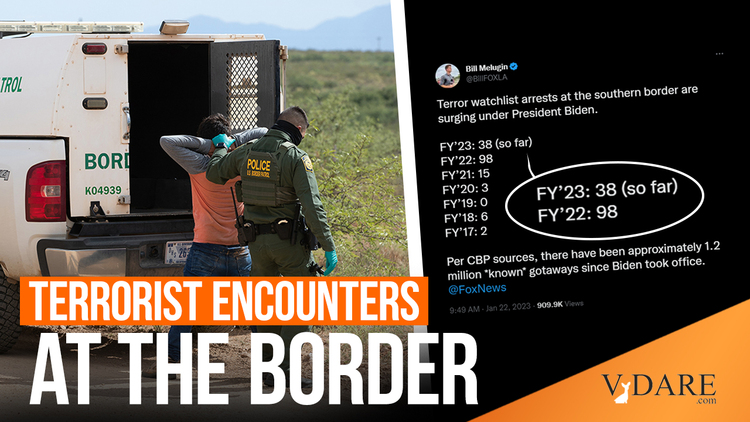 If Stupid Party Strategerists need another reason to impeach Traitor Joe Biden, Vice President Kamala Harris and Homeland Security Secretary Alejandro Mayorkas, the unindicted Cuban-Jewish visa fraudster, they have one. The arrest of possible terrorists who tried to jump the border and showed up at ports of entry in the first quarter of fiscal 2023 is already more than 30 percent of last fiscal year’s nearly 500.

Terror watchlist arrests at the southern border are surging under President Biden.

Per CBP sources, there have been approximately 1.2 million *known* gotaways since Biden took office. @FoxNews

U.S. Customs and Border Protection data show that 21 illegals on the terror watch list were stopped at ports on the southern border, and another 104 at northern border ports. Total: 125. Total for fiscal 2022: 380.

Agents have collared 38 who tried to sneak across the southern border. They haven’t caught any on the northern border. Total last year: 98.

Do the math. In just three months, agents have stopped or caught 34 percent of last year’s 478. At that rate, they can expect to catch at least 652 by the close of the fiscal year on September 30.

Like the rest of the 717,660 illegal aliens whom border agents encountered at the southwest border this quarter, the would-be terrorists know it’s open. Of course they’re trying to jump across. 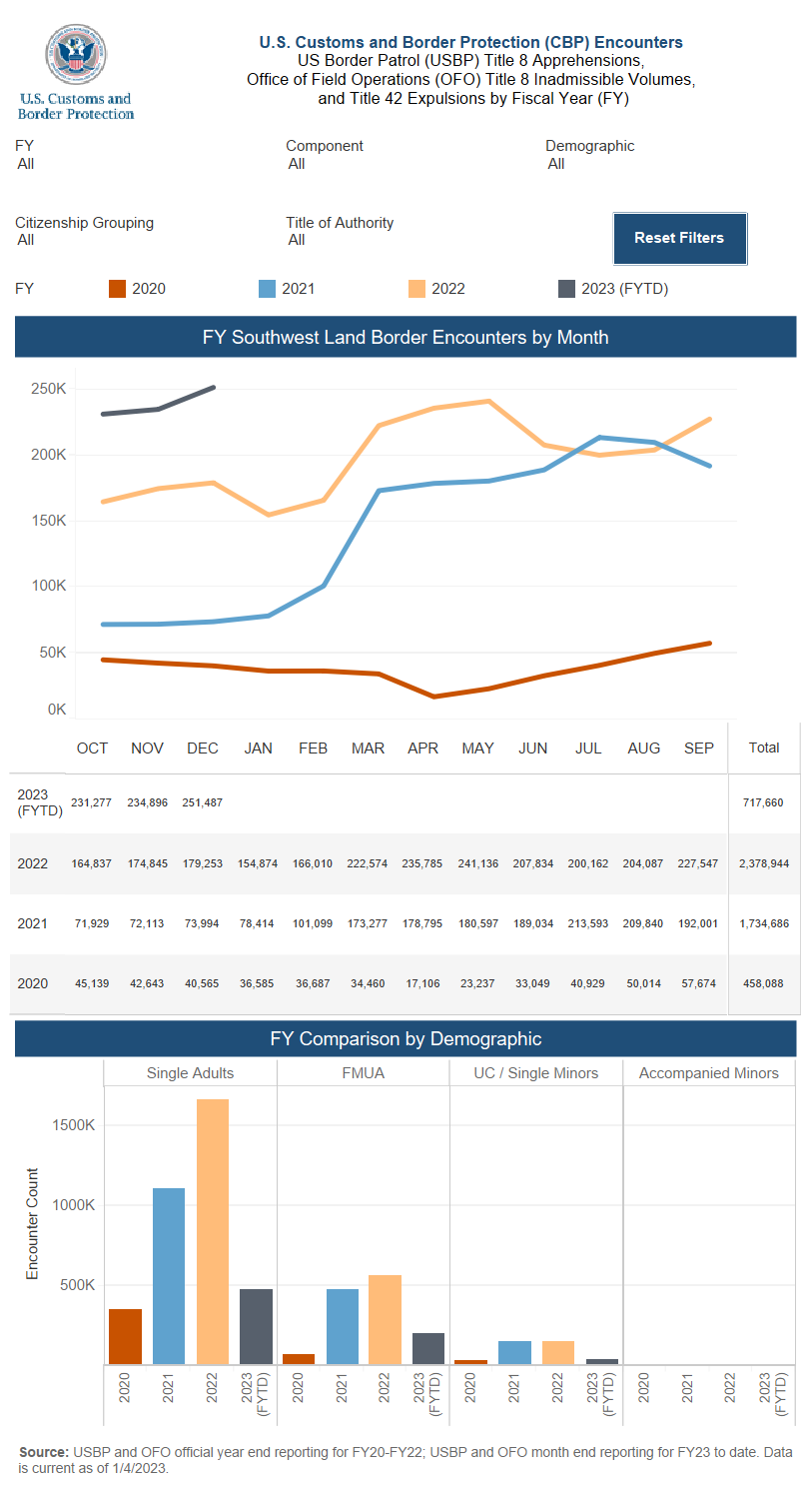 If Biden released 70 percent of them, as my source at CBP estimated, 502,362 are now roaming free.

A little more back-of-the-envelope math suggests that 272 of those gotaways might appear in the terror database.

We’ll just have to pray one of them doesn’t bomb a post office or open fire with an “assault rifle” at an elementary school. Maybe if an illegal attends a “gay” nightclub’s drag queen show and shoots the performers, the regime might notice.

Then again, Traitor Joe and Visa Salesman Mayorkas wouldn’t conclude that the terrorist entered the country because they refused to enforce federal immigration law. They would blame “gun violence,” and have an excuse to crack down on gun rights.