From the Daily Wire:

CNN host Chris Cuomo said on Friday that police reform in the U.S. will not happen until “white people’s kids start getting killed.”

Cuomo made the remarks in the context of a couple of recent police shootings where suspects did not comply with law enforcement or attempted to run. …

How many more die of the pandemic, dying from police shootings? George Floyd, Daunte Wright, I wonder if you’ll remember their names, six months from today, because there’ll be replaced by so many others.

Why do that? Because you want to make the problem “Them,” takes the onus off the idea that you’re wrong about policing not needing to change. “Forget that. Police are trained to deal with non-compliance, with force that is not lethal. Hey, comply or die, you know what I mean.”

And you know what the answer is. You really do. You don’t like it. I don’t like. It scares me. Shootings, gun laws, access to weapons? Oh, I know when they’ll change. Your kids start getting killed. White people’s kids, start getting killed. Smoking that doobie that’s actually legal, probably in your state now, but they don’t know what it was, and then the kid runs, and then “Pop! Pop! Pop! Pop!” Cop was justified.

“Why’d you run?” “Oh, he had a baseball game tonight.” “Oh? White kid? Oh, big family, that house over there?” Those start piling up, “What is going on with these police? Oh, what? Maybe we shouldn’t even have police!” That kind of mania, that kind of madness, that’ll be you. That’ll be the majority, because it’s your people. 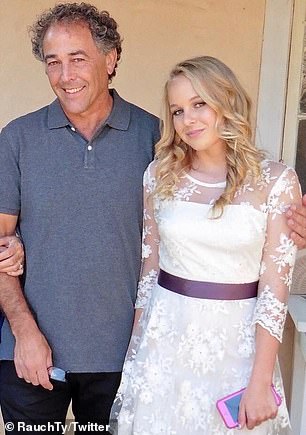 MUSKOGEE, Okla. – Muskogee’s Police Chief said he and his officers have been invited to attend the funeral for the 17-year-old girl who was killed by police after they said she shot at officers Sunday.

Steven Rauch said he apologizes for his daughter Farrah putting officers in that position. He also said he forgives the officers who shot his daughter and wants those same officers at her funeral.

“I want to hug them, I want everybody else to hug them, they need it, we need it,” Rauch told News on 6. He said he does not blame officers for shooting his 17-year old daughter Farrah. He said he knows they are in just as much pain as he is.