From Derb's Email Bag: Bookends, Harvard "Computers", Autology, And A Cure For Hiccups

• No Radio Derb last week.  As the editors posted on Saturday, I have been unwell. It's been nothing dramatic and I'm on the mend. I'll include some details in my month-end diary, unless I decide not to.

In the meantime, heartfelt thanks to the many listeners and readers who emailed in with expressions of concern. I've tried to reply to them all individually; but if I missed you, please add an equally heartfelt apology to those thanks.

• Bookends.  The bleg about one-piece bookends in my June Diary has brought in some interesting emails.  Here is one of the niftiest. 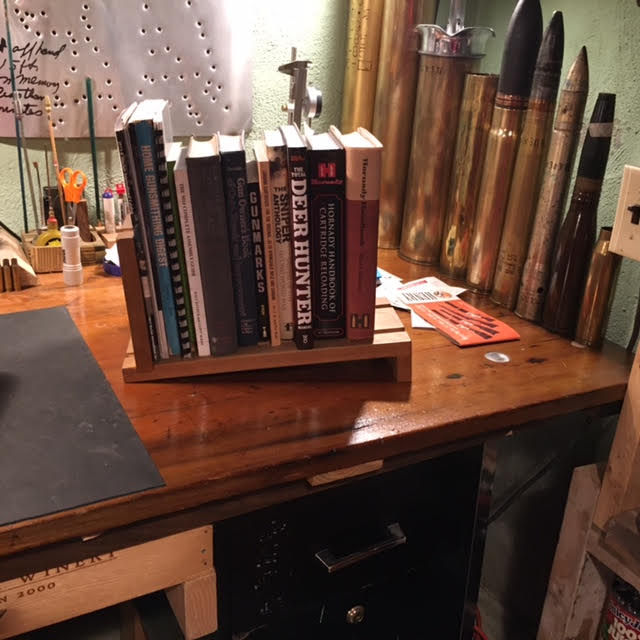 Mr. Derbyshire:  I made this book rack about 45 years ago in high school wood shop. It’s quite sturdy and can be cobbled together with some fairly basic tools.  The size can be scaled up or down as you desire.  It’s also easy to move about on a chaotic desktop without the books flopping about every which way.

Thank you, Sir. That looks like something I could put together myself. I haven't yet given up on finding the coiled-metal variety. When I do, I'll be down at my basement work bench putting one of those together.

• Women working together.  In the July 9th Radio Derb I committed the following, in reference to rumors of discord in Kamala Harris' staff, which seems to be largely female.

Let me put this as delicately as I can without calling down the Furies on my head. I have no problem at all with a female president. I was a great fan of Margaret Thatcher. However, a White House and administration that was full of women, or dominated by women, or even just majority female, or even, I'd say, more than 20-25 percent female, would be a catastrophe.

Men with men can work. It doesn't always work well, of course, but it can. Men with some women can work, with the same qualification. Women with women? Katy, bar the door … if Katy can take a break from shrieking, scheming, and sobbing.

A listener offers the Harvard Computers as a counterexample.

Edward Charles Pickering was director of the Harvard Observatory from 1877 to his death in 1919. From the early 1880s on, rapid improvements in astrophotography produced more data than the Observatory could process. Pickering solved the problem.

The work was tedious, duties thought to lend themselves to a cheaper and less-educated workforce thought to be capable of classifying stars rather than observing them: women. By employing his female staff to engage in this work, Pickering certainly made waves in the historically patriarchal realm of academia.

But it’s hard to tout Pickering as a wholly progressive man: by limiting the assistants’ work to largely clerical duties, he reinforced the era’s common assumption that women were cut out for little more than secretarial tasks. These women, referred to as “computers,” were the only way that Pickering could achieve his goal of photographing and cataloging the entire night sky.  [The Women Who Mapped the Universe and Still Couldn't Get Any Respect by Natasha Geiling; Smithsonian, September 18th 2013.]

It's a good story if you can stomach the whiny-feminist tone it's pitched in. As a counterexample, though, I don't think it's very strong. The serious discord I was thinking of arises in women-dominated organizations when there are differences of rank and status. There seems not to have been that kind of structure among Pickering's "computers."

A couple of footnotes to that.

(1) Our own Paul Kersey did a spirited debunking of that 2016 anti-white Hidden Figures movie, the one that claimed key mathematical aspects of the early U.S. space program were worked out by black women.  In fact, as Paul noted, most of the math credited by the movie to black females was done by a white male, Jack Crenshaw.

Jack Crenshaw commented on Paul's piece in his blog, where he also uses the word "computers" to refer to a roomful of female clerical staff doing drudge work.

Don’t get me wrong: Those women did their job very well, and they had a system of validation that let very few errors slip through. But it was tedious work, and didn't require any more math skill than the ability to find the '+' key on a keyboard.

Just so we're clear, I saw not one single black Computer in the bunch. In fact, I don’t recall seeing a single black person on the Langley campus. Times have changed a lot, and very much for the better.

(2) One of Pickering's "computers" was Annie Jump Cannon, who devised a system for classifying stars by their spectral type (i.e. by surface temperature, more or less), a system still used today. The hottest stars are type O; next hottest are type B; next are type A; and so on. The full list as I learned it is: O, B, A, F, G, K, M, R, N, S. Our Sun is a type G star.

When I learned this stuff as an amateur atronomer back in the early 1960s, the popular mnemonic was:

Although there was a school of thought that believed the last word there should be "Smack!"

Googling around to see if that mnemonic is still current, I have learned that it has spawned a multitude of variants, from the woke

"Only Boys Accepting Feminism Get Kissed Meaningfully" (the R, N, and S types are sometimes omitted … it's complicated)

You referred to "threadbare clichés" in the most recent wireless, John. A clever use of autology!

I wish I could say I was being clever with autology. In fact, I was just being lazy.

I am obliged to my listener, though, for reminding me of autology and heterology. I last encountered them some decades ago as an undergraduate taking Prof. Kneebone's elective in the Foundations of Mathematics.

That course covered, inter alia, the effort in the years around 1900 to put the Theory of Sets on a sound philosophical footing. One obstacle to doing so was a group of surprisingly simple logical puzzles like the Barber Paradox. (A certain town has a municipal ordinance that all men must be clean-shaven. The town barber shaves only those men who don't shave themselves. Who shaves the barber?)

One of those puzzles concerns adjectives. There is a set of adjectives that describe themselves. "Short" is short, "polysyllabic" is polysyllabic, "old" is old, "English" is English, etc. Call these adjectives "autological."

There is a different set of adjectives that do not describe themselves. "Long" is not long, "monosyllabic" is not monosyllabic, "new" is not new, "French" is not French, etc. Call these adjectives "heterological."

• Curing the hiccups.  Also with reference to the July 16th Radio Derb.

Sorry to hear about Brazil President Bolsonaro's hiccups problem. Perhaps you could forward this to him after reading it: "Termination of intractable hiccups with digital rectal massage" in Annals of Emergency Medicine (vol. 17, p. 872).

An article about it for the nonspecialist appears here.

Tell the Prez there is no need to thank me.  I'm just someone who closely follows the staggering progress of modern medical science.

Thank you, Sir. I have forwarded those links to President Bolsonaro's office. I do hope the references are authentic. Reading the nonspecialist one, I got the faint impression of something a bit suspicious, but … I just couldn't put my finger on it.