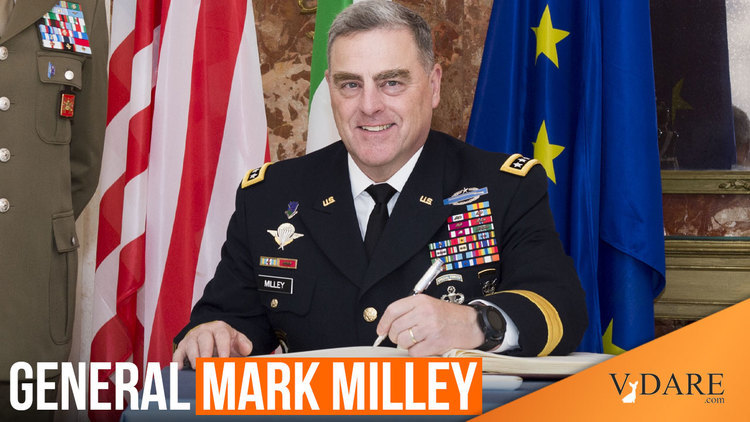 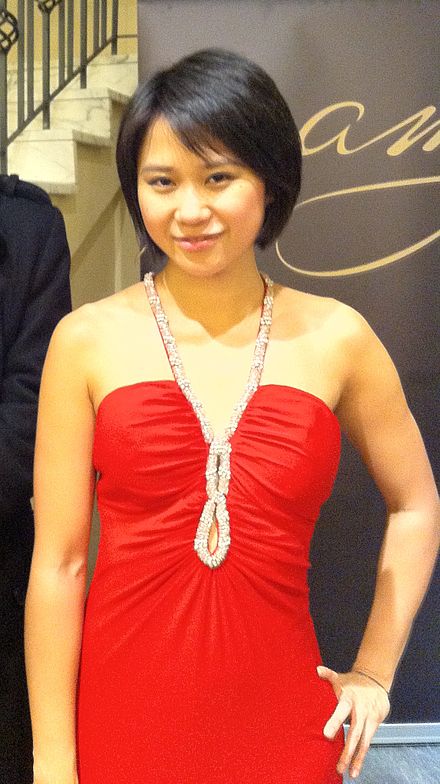 A friend, hoping to cool what he assumes—erroneously, of course!—to be my warm feelings for Ms. Wang forwarded this rather peculiar video from BitChute. The voiceover—he doesn't supply a name—argues, from a careful scrutiny of Ms. Wang's physiognomy, that she is in fact a biological male.

The main thing I came away with from that was, that some people have way too much time on their hands.

In the same spirit, a reader just sent me a list of the top-ranked U.S. chess players aged under 16. He didn't give me a source for the list, but HBD-wise it agrees pretty well with all the other lists at the U.S. Chess Federation website. Here's his list:

When mentioning that clause in the Constitution, you must always include that phrase "for enumeration purposes." Slave-owners would have LOVED for slaves to be counted as whole persons; it would have increased their—the slave-owners—representation in Congress.

I am very far from being the first person to point this out—see our James Fulford here, for example—but it's one of those things that can't be said often enough. If a speaker omits "for enumeration" (or "apportionment," or some synonym), that's a pretty good clue he doesn't understand the Constitution.

With all those degrees you have, General, and all that acquaintance with the classics of Marxism, you should be able to see the parallels with Critical Race Theory. Both are non-falsifiable; both just turn criticism right back on the critic.

Critical Race Theory's the same. You don't think you are racist? It's your own white fragility that blocks your awareness, you racist, you!

A listener thinks there should be a word for theories like this. I use "self-validating," but he prefers "self-defending":

Self-Defending Theory—A theory which anticipates objection or rejection by weaving into itself the explanation that people who object to its validity are morally or psychologically defective; and further, that the objections of such people are evidence of validity.

That's good, too. I can't help thinking, though, that we could add a bit of class to the discussion by coining a word with Greek roots. Unfortunately neither of us knows enough Greek to make up a plausible word for "self-validating/defending." Suggestions from qualified classicists will be gratefully received. 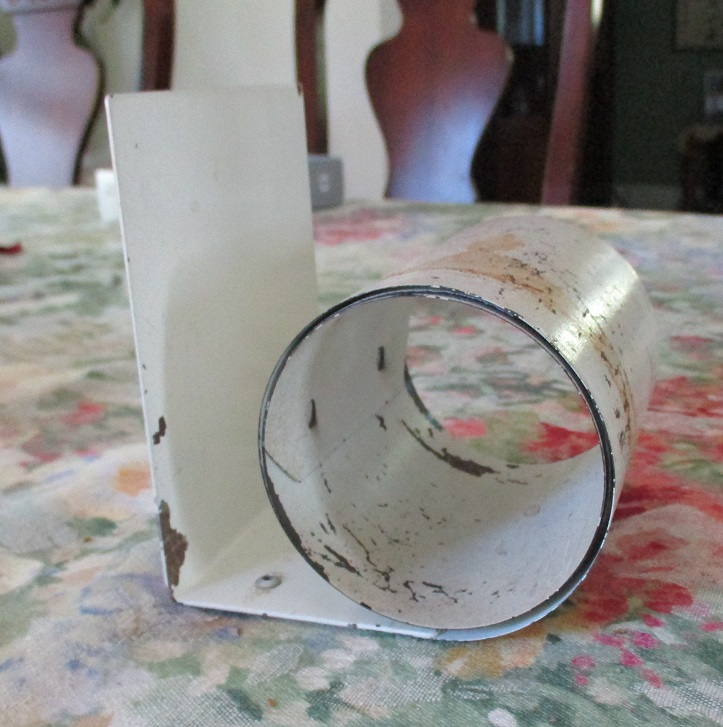 Here was me backing off:

I will allow, though, that the category of "foreigners who've helped our overseas ops" should be very strictly vetted, the number given U.S. residence held down to a few hundred, couple of thousand max. I think that sufficiently satisfies national honor.

The remainder, if indeed they are tens or hundreds of thousands, should be classified as refugees and settled in Muslim countries.

Thousands of Afghans applying for U.S. visas on the grounds of having helped our (stupid, futile, and misguided) war effort there surely include the following in order by, I am guessing, fast-decreasing quantity, biggest numbers first:

The problem is to figure out which category any particular applicant belongs to. We're not going to get 100 percent accuracy, but we should do our best to identify Category 3 and give them visas.

My back-off was prompted by an old friend taking a fiercely minimalist position. I told her I'd post the body of her email, as a lot of readers likely agree with her. Here she is, loaded for bear, and slightly edited. Square brackets are my comments. (We are still friends.)

With your Radio Derb notion that we somehow owe Afghanis, who betrayed their own countrymen, with admission to the United States I must disagree. [In WW2 many thousands of U.S. servicemen were stationed in Britain, and many Britons helped them and worked for them. Were those Britons "betraying their own countrymen"?]

More than a few times I've heard on earlier Radio Derb podcasts and have read in your essays that you're well aware that that admitting Moslems in large numbers to Western nations is unwise. Yet in this last Radio Derb you seemed to agree that tens of thousands of Afghani Moslems should be admitted.

Would you like me to post to you my latest copy of The American Legion magazine (July 2021), in which an article, replete with sob story, penned by one Ken Olsen … argues for the admission of tens of thousands of Afghani Moslems? 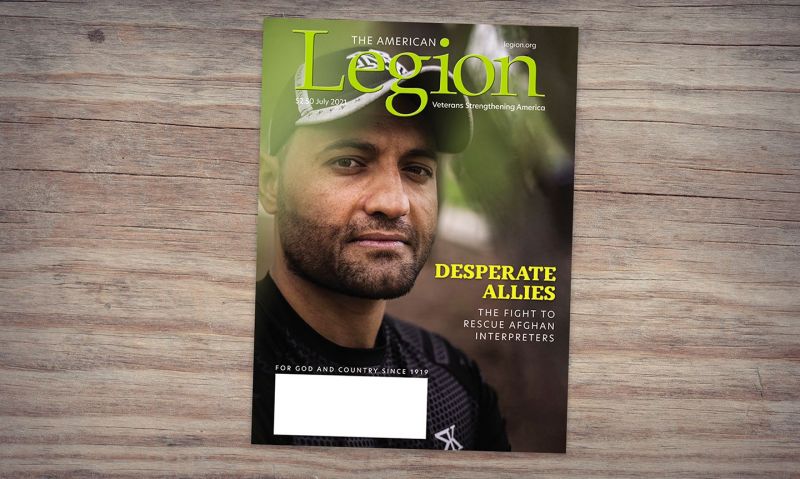 The article's propaganda , including its mention of the parasitical Lutheran Family Services, which is but one of the several "Refugee" Resettlement rackets, almost provoked me to sickness—in the British sense of being "sick." [i.e. throwing up]

Why ought we admit tens of thousands of people who betrayed their own people? Are we to expect that, once admitted, none from among those tens of thousands of Mohammedans would not turn on us? Wasn't Omar Mateen, the Pulse nightclub mass-murderer, a first-generation Afghani-"American"?

Why not leave them in Afghanistan and supply them with arms to act as a guerilla thorn in the side of the Taliban, to keep the Taliban occupied with internal opposition instead of leaving them free to provide sanctuary for and to export jihad? If, that is, while working for Americans those Afghanis were sincere in opposing the Taliban and were not merely milking Uncle Sucker for pallet loads of American cash—after all, no foreigners have ever pulled that dodge, have they?

Supporting the admission of tens of thousands of Afghani Moslems would also feed the larger Beltway-Globo-Capitali$t appetite for admitting all sorts of foreigners whom we need to import like we need extra holes in our heads. Can't you just hear the Open Border$ lobby saying: "If you want to admit hordes of Afghanis for humanitarian reasons, why would you oppose admitting swarms of other Third Worlders who also suffer variously in their own countries? After all, Diversity Is Our Strength!" Unlike, of course, where the Taliban have shown that they're just such tremendous fans of Diversity inside Afghanistan!

If those tens of thousands of Afghan "allies" are brought here, do you suppose that the State Department—and all  those "Refugee" Resettlement Services who gobble millions of dollars a year from the public treasury—will settle them in Georgetown, Beverly Hills, Scarsdale, or Hilton Head? Of course not—they'd be dumped into the middle class neighborhoods that Obama sought assiduously to "seed" with illegal aliens and other, legally imported, millions of unneeded foreigners.

[We did support it, though, implicitly, by voting for politicians who prolonged it. Nations with elected representative government bear a collective responsibility for the follies of that government. "I didn't support this policy, it was those other idiots!" gets no-one off the hook, unless "nation" is a meaningless word.]