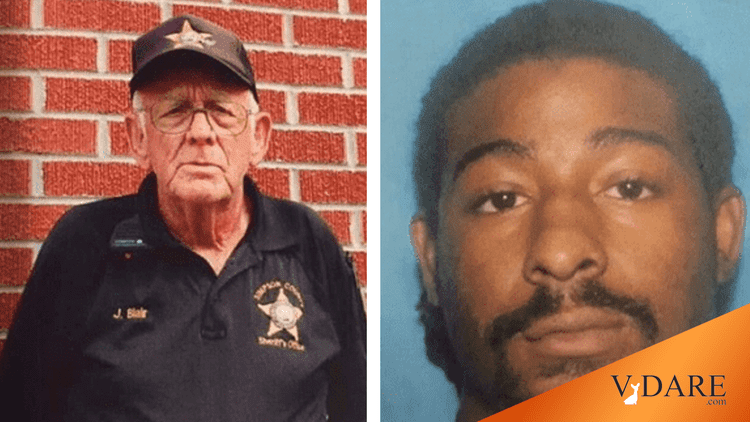 Never forget: To Corporate America, Hollywood, Academia, Democrats, Blacks, and even many elected members of the Republican Party, Black Lives Matter more than yours.

Joaquin Blackwell is a black life that had it been taken by white police officer Jones County Sheriff’s Deputy James Blair the entire world would know their names.

As it is, just another story of a black male (this time in Mississippi) who simply murdered yet another white police officer.

SIMPSON COUNTY, Miss. (WJTV)- A Simpson County deputy has died after being shot by Joaquin Stevens Blackwell, according to the Hinds County Sheriff’s Office.

The shooting happened at a mental health center in Mendenhall on Friday.

According to Dave Van the executive director of Regions 8 Health, Blackwell was in the custody of the sheriff’s department. He was brought to Regions 8 Health for evaluation because his family members were concerned about his mental health. After the evaluation, Blackwell grabbed the deceased deputy’s gun while getting in the car. Then, he shot the deputy and left the scene.

According to the Jones County Sheriff’s Department, the deputy killed has been identified as James Blair.

The Mississippi Bureau of Investigation has issued a Blue Alert to the public and believe that Blackwell is near Mississippi Highway 149 and the D-Lo area in Simpson County.

Blackwell was last seen wearing no shirt and white boxer shorts only. He is considered armed and dangerous.

Had George Floyd killed Officer Derek Chauvin in Minneapolis during the latter’s arrest of the black suspect, no one outside of Minneapolis would know the story of the white police officer murdered by a black criminal.

Flip the script, and cities are burning nationwide.

White lives don’t matter, unless they are police officers taking the life of a black career criminal. Then, cities must burn.

His Name is James Blair. You deserved better, sir. But as Drew Brees found out when making remarks about respecting the flag of the United States, this is no longer our country. Yes, three white cops have been murdered by blacks since George Floyd’s heart stopped during an arrest because of a fentanyl overdose.

Their Lives Matter Too.