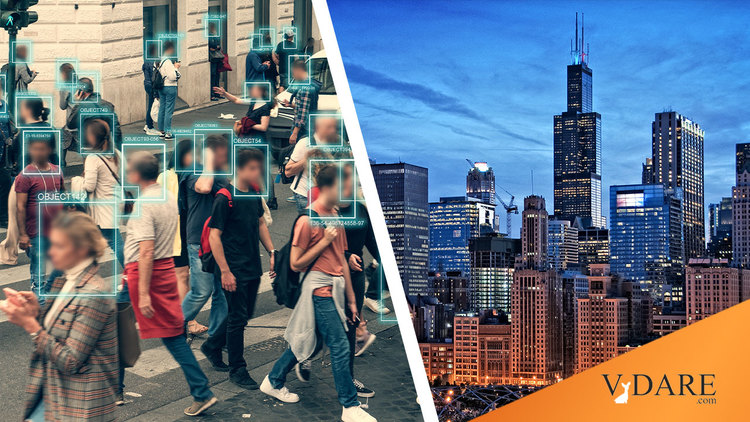 How To Predict Who Gets Shot In Chicago

Chicago isn’t an extraordinarily murderous place by contemporary standards. In 18 years in Chicago, I heard gunshots once.

But it’s pretty representative of our grand old cities, with whites, blacks, and Hispanics all numbering between 28%-33%. So it’s a good city to think about to better understand gun violence. I would guess that somewhere around half of all Americans have been to Chicago at some point in their lives and thus have some kind of picture in their heads of Chicago, while, say, Jackson, MS, which may be the current Murder Capital of America, doesn’t ring as many bells.

Also, due to its population, Chicago has such a huge sample size of murders each year that it’s statistically trustworthy that up and down trends aren’t just random flukes:

2016 was clearly the Ferguson Effect (which arrived in Chicago on 11/23/2015 with the belated release of the video of the bad cop shooting of Laquan MacDonald) and 2020 the Floyd Effect.

Here’s a new paper about an effort to use machine learning to predict who will get shot (killed or wounded) in Chicago over an 18-month period: On the other hand, 1/3rd of all shooting victims were not known to the police. So that’s a rough estimate of the often-asked question about how many shootings are purely criminals shooting criminals: It looks like 1/3rd of victims are not what the Chicago Police Department would consider criminals. Most of them probably aren’t highly respectable, but they also aren’t The Problem.

Of the two-thirds with information in CPD files, you could probably use their rank ordering to divide them into a few tiers from killers to thug to thieves to working men with problems handling their liquor and drugs.

Of the top 3,381 predicted victims, 89% are black males and 10% are Hispanic males. Keep in mind that this is machine learning and it’s Not Racial Profiling. Among the top 3,381 predicted victims, 59% are black males under 23 years of age. In reality, only about half that percentage of victims in Chicago are young black males, but that’s because a lot of everybody else who gets shot is due to random bad luck.

The authors say, over and over, that they aren’t doing this to help arrest anybody, but instead to target the guys at the top of the list for social services, such as violence interrupters. A friend asks: “Aren’t ‘violence interrupters’ just otherwise hard-to-employ ex-cons?”

Offhand, I’d say that it might make sense for the cops to take the top of the list and see how many have outstanding warrants and try to put them in jail on the theory that the most likely victims are also the most likely killers.

Ideally, getting the most dangerous killers off the street might set off the kind of cultural change leading to a positive spiral that New York City enjoyed over the last 30 years, in which young men stopped carrying their illegal handguns, in part because they felt they had more to fear from the cops than from other young men carrying illegal handguns.

On the other hand, the Soros-backed district attorney of Los Angeles County, where a Hispanic criminal recently murdered two Hispanic cops after avoiding prison on a gun charge in 2021, says “[illegal] possession of a gun is not a violent crime.”

NEW: L.A. District Attorney @GeorgeGascon doubles down. Says the outcome of cop killer Justin Flores' gun case was "appropriate", & that "possession of a gun is not a violent crime." Colleague @MattFinnFNC asked Gascon if he has message for parents of the dead cops, he walked out pic.twitter.com/O8aYSV70dh

If you fed the killer’s picture into a machine learning program, what would it predict?

Obviously, there are two kinds of gun control:

The Bad Kind: stopping criminal nonwhites from carrying illegal handguns, which is racist.

From ABC 7 in Los Angeles: