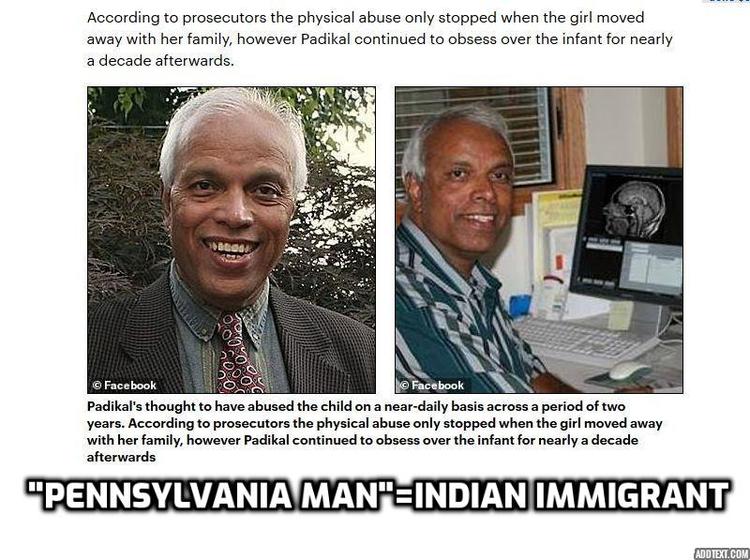 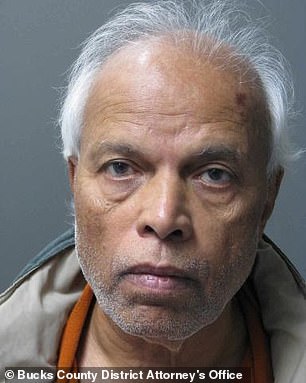 This is a Daily Mail story about "physicist" Thomas Padikal (right) is horrifying, and I'm not sure anyone needs to know more than the Daily Mail's summary, except to ask if he is, in addition to being a physicist and a "New Jersey Man", an immigrant from India.

Physicist, 71, sexually abused girl, eight, every day for two years, created a website documenting his obsession with her and even kept a PowerPoint file containing images of the girl's face superimposed on pornographic pictures of grown women

The answer is that that he is an immigrant—according to his CV, both at ResearchGate and on file at the Nuclear Regulatory Commission, he did his undergraduate study at the University of Kerala, in Thiruvananthapuram, India, after which he came to America to study, and never went home.

Bucks County and Bensalem are in Pennsylvania, where the offence took place, Haineport is in New Jersey, where Padikal resided more recently, and why the Daily Mail referred to him as a "New Jersey Man". But no one is going to refer to him as Indian immigrant, except possibly the Times Of India.

By the way, this guy, except for being crazy and evil, is the kind of immigrant of whom Mitt Romney said that he wanted to "staple a green card" to their diploma. That turns out to not be a good idea, especially with immigrants from the Indian Subcontinent.

not reporting raceDiversity Is Strength
<< Previous
Next >>
LATEST