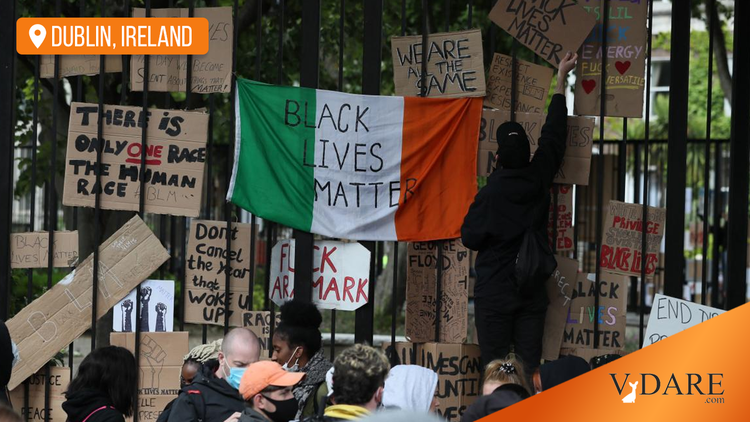 Ireland Has Become The Heart Of Wokeness

My May Diary had a segment consisting mostly of a long quote from a Balkan friend who had recently been living in Ireland, which he described as "the most pozzed country in the world."

I added some ruminations of my own about the remarkable speed at which a country can utterly change its character when History means business. I have watched, through my own adult years, as Ireland has transformed herself from a conservative agrarian backwater  to what she is today: the Heart of Wokeness.

Cultural critic Angela Nagle has a brilliant piece up today at Unherd.com on this same theme.   She describes very lucidly how the Irish went from a rugged, highly distinctive style of poor-but-proud ethnonationalism to being a bought-and-sold colony of the globalist tech-financial empire [Will Ireland survive the Woke Wave?, July 13, 2020].

Punchline (it is actually the very last sentence in Angela's piece): "The Irish will soon learn that if your economy is ruled from California, your society will start to look like California, a nowhere of the very rich and very poor, but without the sunshine."