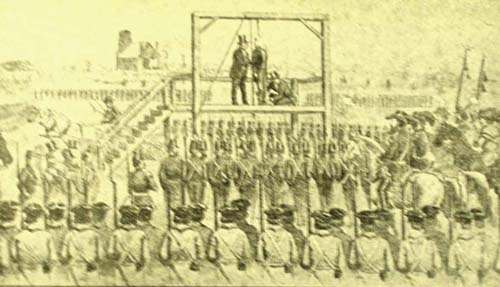 John Brown, An Earlier Homicidal Maniac Who Wanted To "Start A Civil War" 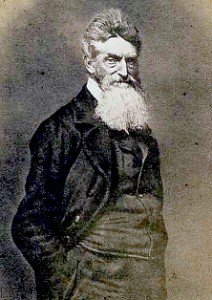 Every once in a while, it turns out that the perp is motivated by white racial feeling. If this were common, it might put us in the position of left-wing Democrats during the Weathermen rampages. (Hint: they ignored them). However, it is rare.

Another parallel from U.S. history would be John Brown.

John Brown was an ardent abolitionist.  He was also, like Dylann Roof, a homicidal maniac.  That latter fact does not invalidate abolitionism.  Was Abraham Lincoln's Republican Party responsible for John Brown's crimes?

Crazy people can believe non-crazy things.  I bet Charlie Manson believes that 2+2=4, that Tuesday comes between Monday and Wednesday, that water will wet us and fire will burn, etc.  You can't function in the world at all unless a majority of your beliefs are true.

As my Marxist friends used to tell me back in Cold War days, when I pointed out the horrors of Stalin's Russia, Mao's China, etc.: "An idea is not responsible for all the people who hold it."

John Brown is a fascinating figure, as lunatics go.   I re-acquainted myself with him earlier this month at Harper's Ferry during the Great Derb Birthday Civil War Battlefields Tour.  Prior to that I knew him mainly from George MacDonald Fraser's Flashman and the Angel of the Lord.

So as a result of the Charleston murders, two dangers have been increased, with the willing connivance of the media in both cases. The first danger is to the persons of nonblack citizens. This is the danger that blacks, inflamed by the incident, will seek random revenge against nonblacks.

The second danger is to our liberties: the danger that Obama and his Justice Department will try to leverage the Charleston shootings to further erode our Second Amendment rights.

How should we respond to these two dangers? One: If you have guns, keep them as close by you as laws, and your carry status, allow. Two: If you are an NRA member and have been meaning for months to send them a donation check, send it now.  [Radio Derb, June 20th 2015.]