Judge Napolitano: Impeachment The Only Practical Response To Obamnesty 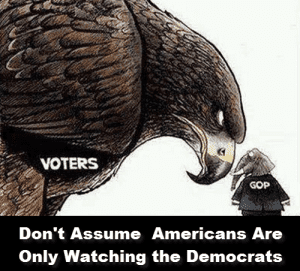 Earlier this week, 17 states, led by Texas Attorney General and Governor-Elect Greg Abbott, filed suit against the federal government. Napolitano said that’s not going to get the job done.

“They can file all the lawsuits they want and the court is going to say, ‘Tell your client, Mr. Boehner, tell your client, Senator McConnell, that there’s a perfectly acceptable remedy right there in the Constitution that’s bloodless, and they can do it by taking a couple of votes,” Napolitano said. “It’s called impeachment.’”

Napolitano points out the argument that the votes are not there to convict Obama is not impressive because there are equally serious technical problems with the other ideas:

“They could enact a statute that says all these executive orders are illegal and no one’s to obey them,” he said. “The president could veto that. Let’s say they have enough votes to override his veto. They don’t, but let’s say they do. Let’s say they override the veto and the statute becomes law without the president’s signature. He’s not going to obey that statute. He doesn’t obey the laws that were in existence at the time he took an oath to enforce them faithfully. He’s certainly not going to obey a statute that was written in order to regulate his behavior when he’s already decided that his behavior is going to be the opposite of it.”

Napolitano did not note what I believe is the decisive argument in favor of the Impeachment strategy: it can be managed to have a limited objective. As Peter Brimelow noted in Only Impeachment Stands Between America And The Fate Of Zemir Begic

…the ultimate objective here is not to depose Obama, but to end Obamnesty. President Clinton could not unperjure himself. But Obama can stop legalizing illegals.

Equally President Nixon could not undo whatever it was he was supposed to have done in Watergate.

Clearly stating this limited objective would put Democrats from swing states in a very unpleasant position. A vote against impeachment would very explicitly be a vote for rule by decree. The evidence is that Americans generally are not keen on being ruled by decree. And unlike Obama, most of these Democrats want to run again.

Napolitano deserves to be applauded for raising impeachment. Mentioning the word seems to have been banned in polite “Conservative” circles. Even The Conservative Review, home to the redoubtable Daniel Horowitz, does not allow the option to be voted on in its How would you respond to Obama’s executive amnesty? poll.

Such repression means that impeachment is what the GOP's owners fear most.

Because it would work.

It has to be done.