Stupidly permissive school officials placed two illegal aliens from Central America who claimed to be teenagers into freshman classes of Rockville High School because of their inability to speak English. As a result, a 14-year-old girl was raped and sodomized in the boys’ restroom. This horrific crime represents the diversity being foisted upon unwilling citizens by open-borders criminal-friendly sanctuary cities and states.

Below is a photo of the accused Guatemalan rapist, Henry Sanchez, supposedly 18 years old. Did authorities check his physical features to determine his real age as is done now in Europe? Computer analysis of faces is used, as well as bone density and dental maturity examination to make sure that the “boy” being resettled is really what he says he is.

In addition, don’t the facial scar and broken nose suggest that Sanchez is a rough character and inappropriate to be a high school freshmen? 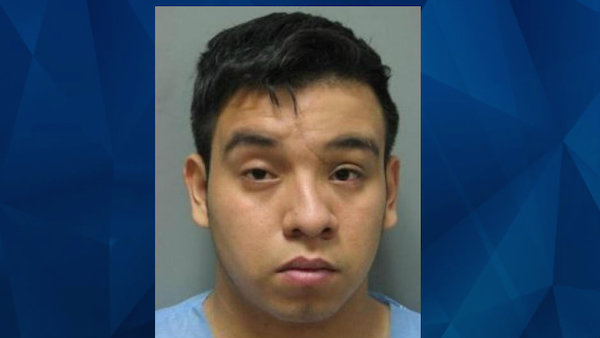 BRET BAIER: Now to a disturbing story out of suburban Washington DC where two Rockville High School students have been arrested and charged with rape, but should the teenagers have been in the country at all? Correspondent Doug McKelway has a story that is still developing tonight.

DOUG McKELWAY: At Rockville High School in progressive Montgomery County, Maryland, police say a 14-year-old ninth-grade girl was pushed into a boys’ restroom last Thursday. Despite her efforts to resist by holding on to a sink, she was shoved into a stall where she was allegedly raped and sodomized. Police arrested two ninth graders: 18 year old Henry Sanchez, an illegal from Guatemala, and a minor 17-year-old, Jose Montano, also here illegally. Both are being held without bond.

CITIZEN (PARENT?): I just hope she’s okay you know now, in a week from now, and maybe the rest of her life.

CITIZEN IN CAR: You figure that they’re protected and they’re safe, but . . .

McKELWAY: It happened amidst a debate to formally declare Rockville a sanctuary city though both it and Montgomery County have long practiced informal sanctuary. In a joint statement after President Trump’s inauguration, county leaders reassured residents of long-standing policy quote “Police do not enforce federal immigration law.” Maryland state policy goes well beyond non-enforcement, granting in-state college tuition rates to illegals. It has helped lead to massive demographic shifts here.

DANIEL McHUGH, MONTGOMERY COUNTY YOUNG GOP: Who’s come with them? Their parents their aunts, their uncles, the cousins, their nieces, their nephews. MS-13 has come through that door with them too.

McKELWAY: Among school families in central Montgomery County, 51 percent are now immigrants. The poverty rate for immigrant homes at 14 percent is twice that for native homes at seven percent, meaning a lower tax base as some schools struggle to serve student bodies speaking as many as 19 different languages. 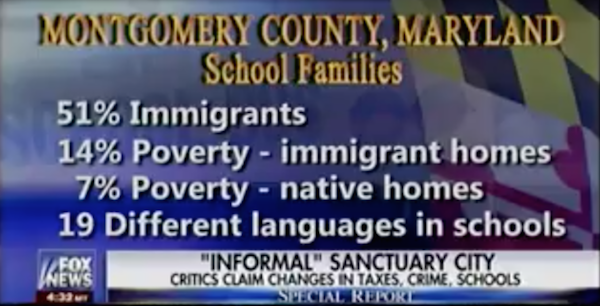 McHUGH: Higher taxes, lowered educational standards and higher crime is what we’ve faced in Montgomery County as a result of pro-illegal-immigration policies put forth by the county government and even by the state.

McKELWAY: After Thursday’s incident the superintendent of Montgomery County Schools wrote parents about the alleged crime, calling it quote, “Horrible and unacceptable. They do not represent the positive values of our students and school communities.”

Yet in the 22 month period from January 2014 through September 2015, Montgomery County ignored federal immigration orders to detain 63 illegals who had prior criminal records. Coincidentally today the Department of Homeland Security began publishing a weekly list of sanctuary cities and the numbers of illegals those cities are releasing after DHS ordered them detained. And lastly, tomorrow night Rockville High School will host its monthly parent teachers meeting. No doubt concerned parents will have lots of questions. Bret?

BAIER: And we’ll be there.

Sanctuary cities function as a crime magnet to foreign criminals. The Mexican multiple deportee who shot Kate Steinle dead said in a jailhouse interview that San Francisco’s sanctuary policy was the reason he chose to live there.

America’s current de facto immigration policy imports poor, unskilled and criminal foreigners. President Trump is trying to reverse the situation of immigration being totally negative, but Democrats see importing millions of big-government voters as their only hope to regain power.

A recent poll determined that 80 percent of voters disapproved of sanctuary cities, yet they remain: nearly 500 have been counted by CIS.org, including a recent surge that apparently shows Democrat governments would rather snub President Trump than protect their own citizens from preventable illegal alien crime. This is the depth of evil to which liberalism has plunged itself.