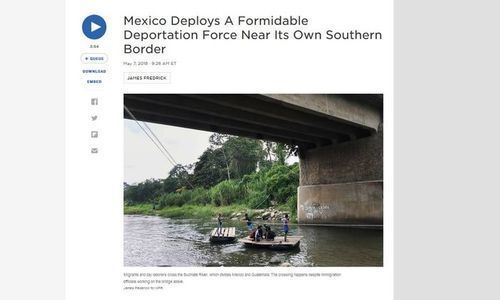 NPR: “Mexico Deploys A Formidable Deportation Force Near Its Own Southern Border”

On the Suchiate River dividing Mexico and Guatemala, it sure looks easy to cross north without papers.

A young, mustachioed man is pulling a makeshift raft across the quiet river via two ropes connecting the countries. The crossing costs 4 quetzales, 10 pesos or 50 U.S. cents. The raft captain says that nearby migration officials rarely intervene.  But the impression that Mexico is lax on migrants disappears as you head just a little north.  "They put up lots of checkpoints," says Gustavo Rivera, a bus driver shuttling between Mexico's southeastern border and the nearest city, Tapachula. "Immigration [agents], federal police, soldiers, local police. I don't get many migrants on the bus anymore because of the checkpoints."

Mexico Deploys A Formidable Deportation Force Near Its Own Southern Border, by James Fredrick, NPR, May 7, 2018

Of course the article brings up Trump

President Trump singled out a group of families from Guatemala, Honduras and El Salvador heading to the United States as evidence that "Mexico is doing very little, if not nothing," to stop immigration. But Mexico has actually assembled an aggressive enforcement strategy, with U.S. backing.

It’s true that Mexico is detaining and deporting Central American illegal aliens. But plenty are still getting through.

The strategy tightened up in 2014, shortly after American officials declared a crisis over the arrival of large numbers of Central American children at the U.S. border. The U.S. began funding Mexico's immigration crackdown with the Southern Border Plan. Rather than amassing troops on its border with Guatemala, Mexico stations migration agents, local and federal police, soldiers and marines to create a kind of containment zone in Chiapas state. With roving checkpoints and raids, Mexican migration agents have formed a formidable deportation force.

Say, didn’t I report something similar to this a few years back? Here’s a quote from one of my 2013 articles about the Mexican-Guatemalan border: “But while the illegals rarely get stopped at the actual border, it’s much more likely they get stopped at a chokepoint along a road in the interior of Mexico.” You read it here first.

But check out this next part:

It's such an effective force that even some government officials try to give migrants workarounds. "We often tell migrants to travel at night," says Ana Carolina Rodas, who runs the state government's local migration assistance office in Ciudad Hidalgo, the small town that abuts the Guatemala border. "There are fewer migration officials or checkpoints at night, so it's less likely they'll be detained and deported."

The bottom line is, regardless of what Mexican officials do or don’t do, we need to get control of our border now. 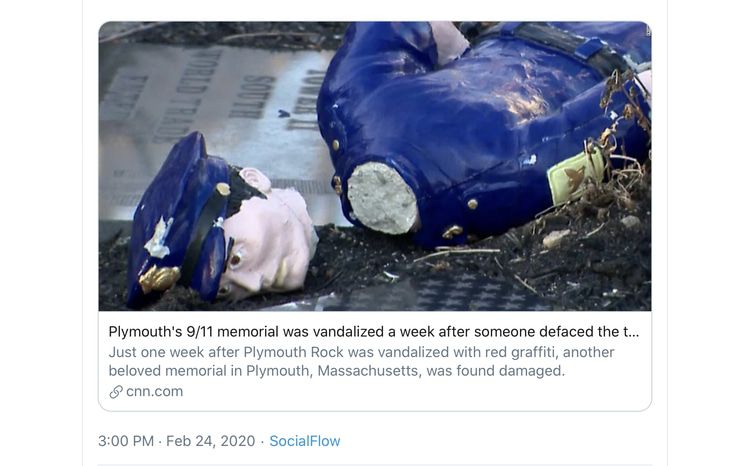 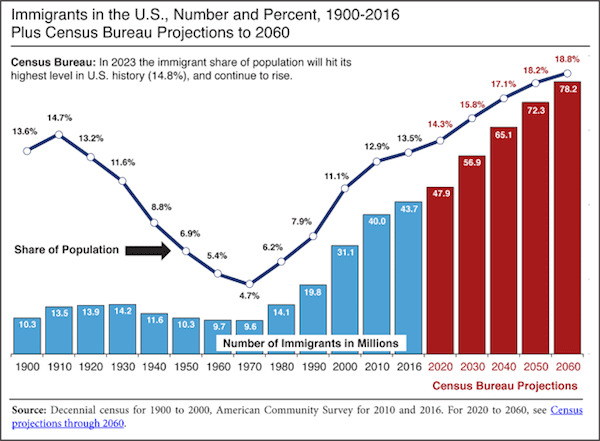 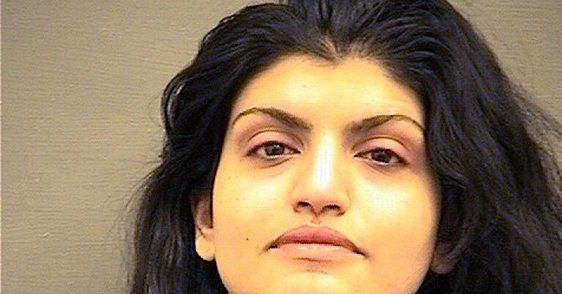 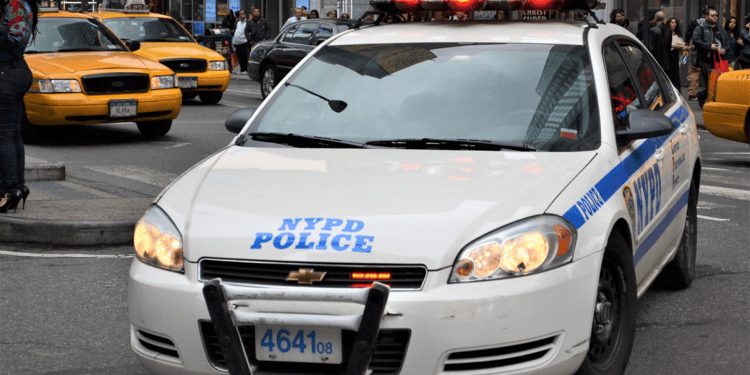 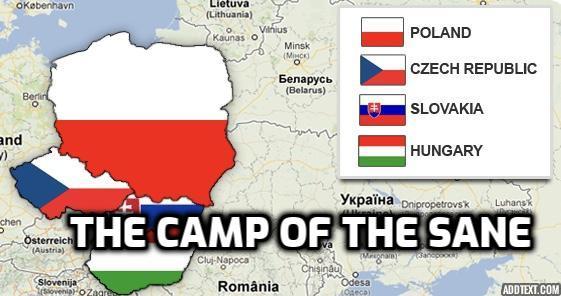 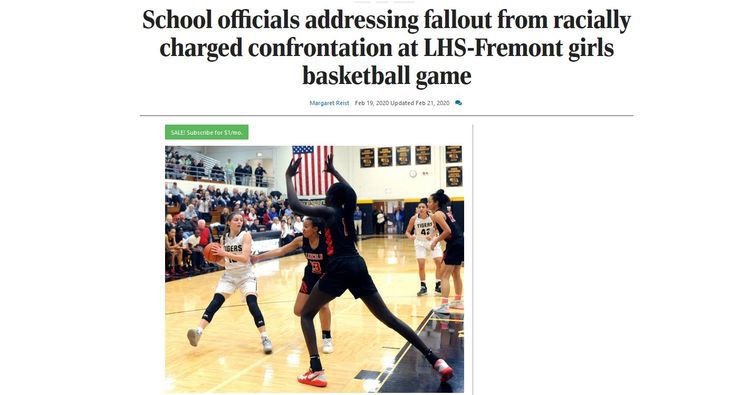