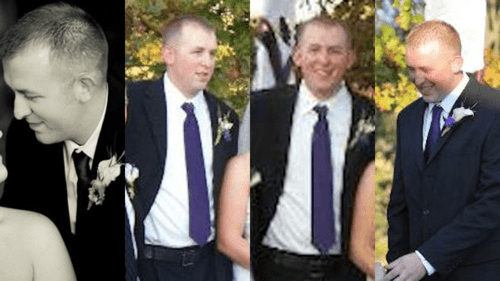 We are expecting a decision from the grand jury any minute to see if Officer Darren Wilson will be indicted for the shooting of Michael Brown.  But the clickbait driven outrage has already begun.

Mike Brown is dead. Darren Wilson is a husband for the second time.

Sargent doesn't like this one bit and in replying to his own article (who does that?) stamps his little feet and demands, "Arrest Darren Wilson."

Why?  Presumably because Wilson had the duty to die to atone for racism.

Despite the Narrative Collapse about "Mike Brown," despite that fact that we saw this before with Trayvon Martin, despite the eyewitnesses and autopsy reports supporting Darren Wilson, the Left is determined to die on this hill.  And if the grand jury doesn't indict Officer Wilson, the media's fanatical determination to print fairy tales as truth is as responsible for what results as any mob masquerading as a "community."