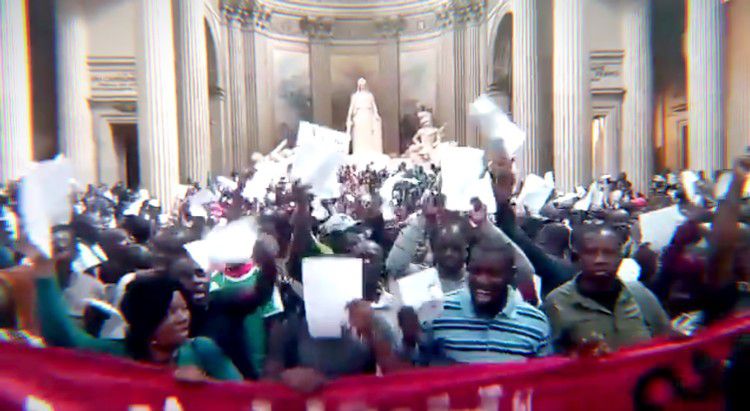 Hundreds of African illegal immigrants stormed the Pantheon in Paris on Friday July 12 chanting "Papers and Freedom for all" inside of one of France’s most historic buildings. (The Pantheon is essentially a temple to the French Nation.)

They are calling themselves #GiletsNoirs, the “Black Vests” of France and were seen on video becoming violent with authorities when asked to vacate the premises.

The group of African illegals are being organized by activist groups such as Antifa, Communists, Anarchists and Progressives alike. One group calling themselves “La Chapelle Debout” (The Standing Church) whose self-description is “Collective militant—Papers, housing and freedom of movement and installation for all!“ is openly organizing these groups of Migrants into some of France’s most historic relics of Western Civilization.

An Anarchist group called “Groupe Ayanarchiste Alhambrakamura” helped organize the event—“Invasion of the Pantheon by the Black Vests”.

Camp Of The SaintsDiversity Is Strength
<< Previous
Next >>
LATEST