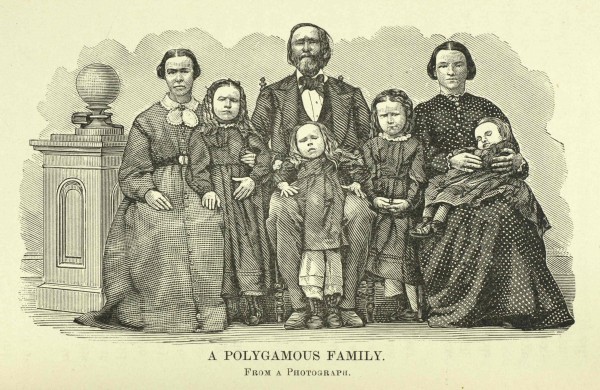 Over in the backwaters of the court system, a family of Mormon polygamists is working to overturn the laws against the practice of multi-wifing. Because the miscreants are also the stars of the reality TV show Sister Wives, much of the reporting has been in the entertainment press, e.g. HollywoodLife.com’s ‘Sister Wives’ At War: Brown Family Allowed To Fight Anti-Polygamy Laws.

Reality star Mormon husband Kody Brown has four wives and 17 children. Unsurprisingly, the uber-family has availed themselves of the taxpayer-funded welfare system, specifically food stamps at the least.

Recent news of the case going forward was reported by the mainstream press:

SALT LAKE CITY— A federal judge has refused to dismiss a lawsuit filed by a reality TV show polygamist and his wives, challenging Utah’s ban on polygamy.

The Browns’ appearance on the TV show “Sister Wives” put them under investigation by Lehi police. Last year, the Browns turned around and sued the state of Utah, challenging the ban on polygamy. The Browns’ lawsuit has the potential to decriminalize polygamy in Utah. [. . .]

These days, with the growing anything-goes attitude exemplified by the recent California ruling favoring gay marriage, it’s useful to remember how the American prohibition of polygamy came to Utah, the historic home of the misogynous practice in this country.

The upshot is that the federal government refused to accept Utah as a state until it outlawed polygamy. The territory first applied for statehood in 1849 with no success because of its acceptance of multiple wives, something deeply objectionable to Americans of that time.

The 1856 Republican platform connected slavery and polygamy, calling them the “twin relics of barbarism” . . .

Resolved: That the Constitution confers upon Congress sovereign powers over the Territories of the United States for their government; and that in the exercise of this power, it is both the right and the imperative duty of Congress to prohibit in the Territories those twin relics of barbarism — Polygamy, and Slavery.

Only when the territory agreed to end polygamy by voting the prohibition into the Utah constitution was it accepted as a state — in 1896.

So Americans of a century ago understood the inequality of allowing men to have multiple wives, but not the other way around — decades before women got the right to vote.

For a view on how polygamy might expand if permitted to do so, consider the state of civil society in Britain. Bowing to the Islamic immigrant influx, the government now provides welfare for Muslims’ extra wives and their kiddies. The traditional British taxpayer gets no such benefit. (See Polygamy Diversity to Be Rewarded.)

Even ultra-liberal NPR has reported that 100,000 Muslims residing in America are estimated to live in polygamous marriages: Some Muslims in U.S. Quietly Engage in Polygamy. They are largely immigrants, but some US converts think that it’s cool to follow Mohammed’s example and violate American law.

We can be sure that multi-wifing Muslims in the US will be piping up for their sharia-based lifestyle choice more openly when gay marriage becomes increasingly accepted.

As Legal Marriage Is Redefined, Some Muslim Call for Decriminalizing Polygamy, October 27 2011, MuslimLinkPaper.com

The legalization of gay marriage in six states and the continued efforts toward legalizing it in the rest of the country has opened the flood gates that have, for hundreds of years defined legal marriage in the United States as the union between one man and one woman.

As more proponents of gay marriage push bills through Congress and rally votes that support marriage as a constitutional right for all citizens regardless of sexual orientation another group that remains decidedly outside the legal confines of marriage is slowly entering the limelight.

Over 130 years ago a decision was made that criminalized the practice of polygamy in the United States.

Despite the redefinition of legal marriage to include homosexual couples, the country still grapples at the idea of polygamy, a commonly misunderstood primarily religiously based practice. [. . .] 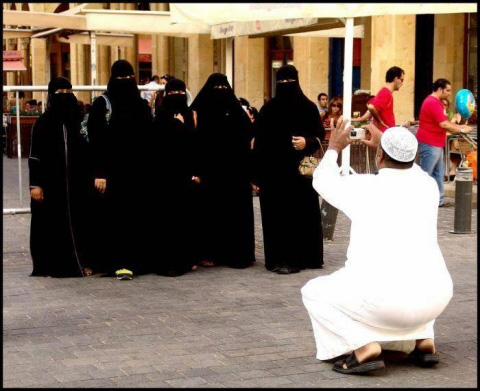