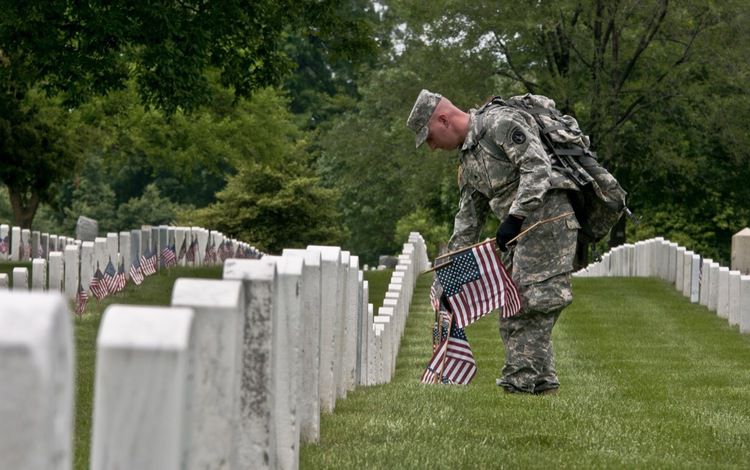 In the latest American Renaissance podcast, "Removing The Stain", Jared Taylor and PK discuss "proposed legislation that would rescind 20 medals of honor awarded to Americans who killed the wrong kind of people."

The Americans are the US cavalrymen who survived the last serious attack by Plains Indians in the Indian Wars, in what is almost always called the "Wounded Knee Massacre."

Twenty of the soldiers involved received the Medal of Honor, and descendants of the Indian attackers want to posthumously take those medals away from the soldiers who won them. They're calling this the  "Remove The Stain" Act. [PDF]

The Wounded Knee fight happened in South Dakota, and a South Dakota man suggested opening a museum to honor the soldiers who won the Medal. He was almost massacred himself:

After receiving threats, man decides not to open Medal Of Honor museum, by Jim Holland, Rapid City Journal, May 28, 2019

Amid a storm of protest, including threats to his personal well-being, John L. Johnson of Rapid City is scrapping plans to open a museum honoring recipients of the Congressional Medal of Honor, which had been slated for Aug. 1 at the Rushmore Mall.

Instead, Johnson said Tuesday he plans to open an art gallery for Native American artists on that date in the same space planned for the museum.

Controversy quickly turned into a social media firestorm over Johnson’s comments to the Journal for a May 17 story about the proposed museum, specifically referring to efforts to rescind medals given to U.S. cavalry soldiers for the Dec. 28, 1890, massacre at Wounded Knee where an estimated 300 Lakota, mostly women, children and elders, were killed.

The storm erupted after Johnson said in an interview that in spite of the political side of the massacre, many of the soldiers who went on to receive the medal acted heroically.

But Johnson, who also said in the interview that he welcomed discussion of the medal revocation issue, said he has since received hate mail and even death threats and heard of plans for meetings and protests focusing on the museum.

He said both he and mall officials were upset by the backlash and after advice from many people on all sides of the issue, he decided to pull the plug on the museum.

“That’s what I’ve decided to do,” Johnson said. “I’m not going to move forward on the museum project.”[More]

Well, we can't all be Medal of Honor winners.

Here's what unsentimental snthropologist John Greenway wrote about the Wounded Knee fight in the pre-purge National Review, in a footnote to review of a mass of pro-Indian, anti-white literature:

When sneak attacks on horses escalated into massive and murderous raids on settlements, people would sometimes get hurt. But [pro-Indian author Wilcomb E. ]Washburn speaks for his peers when he forbids the term "massacre" to describe such incidents; such invidious expressions, he says, were designed to put the Indian into bad repute "and to provide good reason why he should be treated the way he was treated by that society." It is just as unfair, he adds, as accusing the Indian of cannibalism merely because he ate people.

So James C. Olson pours out his heart's blood for the Sioux in nearly 400 pages of Red Cloud and the Sioux Problem without ever finding it pertinent to mention the Minnesota Massacre, in which at least 800 whites were killed and 10,000 square miles of Minnesota cleared of settlers. About the only consistent use of the word "massacre" in these books appends to the Sand Creek and Wounded Knee massacres….*

Leading to this footnote:

* A typical distortion of the facts. The assemblage of Indians at Wounded Knee were hostiles dancing the Ghost Dance, which among the Sioux demanded genocide of the whites. The fighting—which indeed ended with the total slaughter of the Indians by soldiers harboring long infuriation for unavenged killings by the Indians—began when a shaman blew the eagle whistle and In-dians pulled concealed rifles from under their blankets. The Wounded Knee Massacre put an end to Indian wars. J. G.

A contemporary engraving of the fight, based on eyewitness accounts, has the caption "The Awful Slaughter At Wounded Knee Creek, South Dakota, December 29, Where the Heroic Seventh Cavalry Lost 66 Killed And Wounded, and the Indians Lost Over 200." 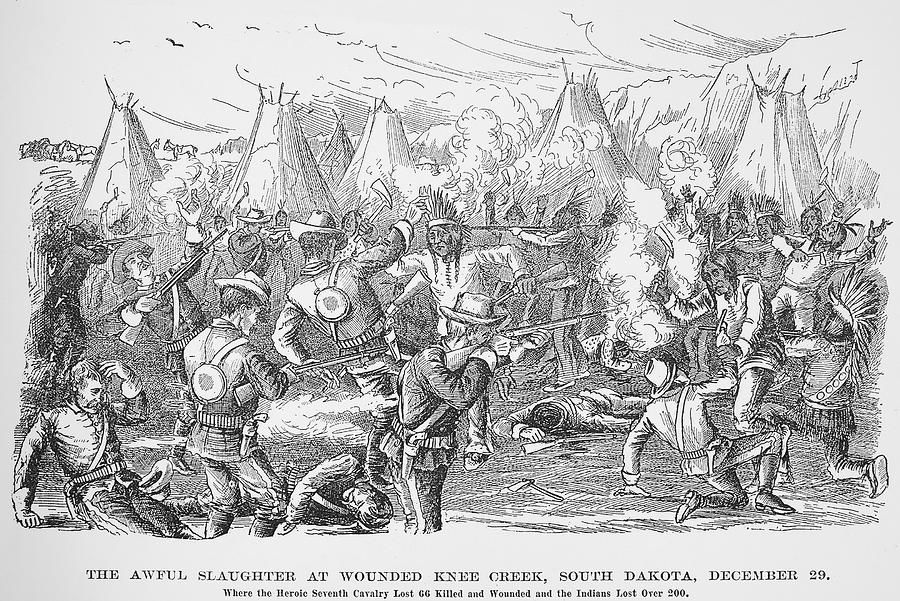 You might believe all that, if you hadn't been watching the whole "fake news" thing for the past few years, where the media lie about things we have actually seen with our own eyes.

They've lied about Charlottesville, Ferguson, Trayvon, the Indian elder who harassed the Covington Catholic kids, all while we watched. They're lying about Wounded Knee, too.