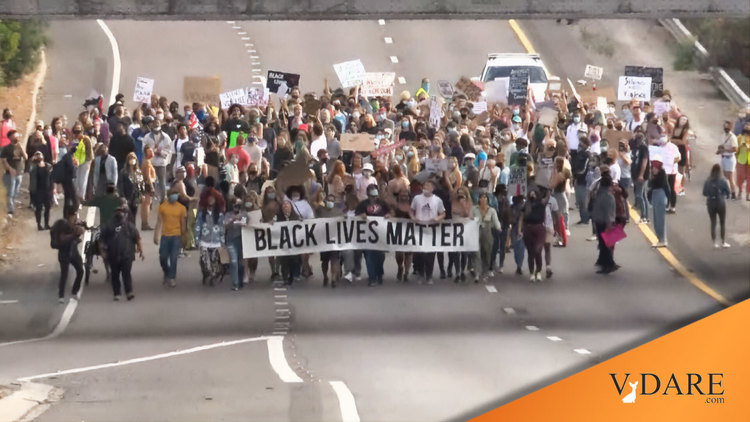 Sailer In Takimag: The Racial Wreckening On The Roads

Earlier, 2016: Is There a Ferguson Effect Behind Rising Highway Deaths? My Taki’s Magazine column breaks an important news story: the National Highway Traffic Safety Administration has finally started breaking out motor vehicle traffic fatalities by race, and it turns out that blacks began driving much more recklessly (a.k.a., wreckfully) as soon as the Racial Reckoning was declared after George Floyd’s death on May 25, 2020.

The Racial Reckoning on the Roads

As I may have mentioned once or twice over the past year, the media-declared “racial reckoning” following the death of George Floyd on May 25, 2020, has been getting a lot of blacks murdered by other blacks. But I am not being ironic in saying that I am now stunned to find out that motor vehicle fatalities among blacks similarly soared 36 percent in June–December 2020 versus the same period in 2019, compared with a 9 percent increase among the rest of the population. …

In the tumultuous first month of the racial reckoning, 743 black people were killed in traffic fatalities, up from 478 in June 2019, a 55 percent increase.

Everybody else’s driving got worse as well as the cops retreated to the donut shop, but nowhere near as much: This may be one of the more striking findings in the social sciences in recent years: that the triumph of the Black Lives Matter movement has managed to very quickly get more blacks killed in two quite different ways: murders and car crashes.

If only somebody could figure out a rationalization for why the huge increase in black traffic fatalities during the racial reckoning was the fault of White Supremacy, this problem might get some media attention.